For adults and teens, this awe-inspiring world of pre-historic beasts is worth visiting.

Learning nothing from the disastrous consequences of the last try to open a dinosaur theme park (as depicted in the 1993 movie Jurassic Park), one is built anyway. Although things run smoothly for the first ten years, the decision to genetically create a hybrid specimen as a new attraction leads to horrific (and predictable) results.

Violence D+
Sexual Content B+
Profanity C
Substance Use A

Few actors have perfected the steely stare-down as well as Chris Pratt. Luckily that demanding look comes in handy when he makes eye contact with a rogue velociraptor in the movie Jurassic World. Pratt plays Owen Grady, a maverick animal trainer in charge of this dangerous breed of dinosaur at the Jurassic World theme park.

Owen gets called into action by operations manager Claire Dearing (Bryce Dallas Howard) when questions arise over an enclosure for the park’s latest attraction, the Indominus Rex. The huge, genetically altered creature was developed in a test tube at the facility’s research center as a way to attract more visitors to the island resort. However, it appears the carnivore is far smarter than the scientists intended.

After escaping from the paddock, the ferocious monster goes on a hunting spree that leaves a wake of dead carcasses and half-eaten corpses in his path. The scenes of animal slaughter and human consumption are often explicit, gruesome and bloody. Yet the fear factor increases when Claire’s nephews, Gray and Zach (Ty Simpkins, Nick Robinson) who are touring the attractions in a gyrosphere, become the prey.

For adults and teens, this awe-inspiring world of pre-historic beasts is worth visiting. The special effects have been upped in this production making the dinosaurs look amazingly real. In true amusement park fashion, this tourist destination features such things as a petting zoo, dinosaur rides, safari-like tours and shopping. Visitors can also float down the river among the plant-eating species or take a monorail ride through the reserve.

Still, as is to be expected, human tinkering in the lab leads to disaster in the field. That’s when this sci-fi turns into an authentic monster movie with explosions, gunfire, and destruction. (All of this is accompanied by stream of mild and moderate profanities.)

This reboot of Steven Spielberg’s Jurassic Park franchise releases on the big screen 22 years after the original film. Based on a novel by Michael Crichton, the first movie brought in over $900 million during its 1993 theatrical run. Like that script, the 2015 version focuses not just on threats from killer dinosaurs, but relationships between siblings as well. Gray and Zach gain a greater appreciation for one another, as do Claire and her sister Karen (Judy Greer). There’s a budding romance too—after all, what action film would be complete without a prolonged moment of kissing in the middle of the raging mayhem?

While Jurassic World may lack some of the fresh concepts introduced in it predecessor, it still comes with enough intensity and jump scenes to be a good option for teens or adults wanting some fright factor without a lot of content concerns.

Violence: The movie contains frequent scenes of non-graphic violence along with some intense depictions of more explicit violence. Characters are eaten, crushed and thrown through the air. Animals attack humans and fight with one another (some blood shown). A man slaps a car window with his bloody hand. Other bloody injuries are shown. A man talks about his wife who attempted to stab him with a knife. Characters, including children, are portrayed in perilous situations. Animals are shot. A man is punched in the face. Characters argue. Men steal items from a lab. Electric prods are used. Blood is splattered all over a window during an altercation. Other scenes include explosions, beatings and gunfire. Sexual Content: A boy flirts with girls. Some kissing and embracing are shown. Brief sexual innuendo is heard. Language: The script contains about two-dozen uses of expletives including scatological slang, profanities and curses. Alcohol / Drug Use: An animal is tranquilized.

In this movie, researchers at the lab engage in genetic alterations in order to create a new dinosaur. Do you agree with this kind of science involving animals? How are scientists modifying food sources through genetics? Are there dangers involved with this activity?

Not only do Gray and Zach ignore the orders to return to the resort, but they also take their gyrosphere out of bounds to go exploring. What are the results of their decision? What price do the boys pay for their disobedience? Whose life is risked to come and save them? Should first responders, or other staff, be required to endanger their own safety by attempting to rescue people who have intentionally gone “out of bounds.” Should those who are saved have to pay some kind of monetary remuneration or face charges for their actions?

How are family relationships depicted in this story? How do these individuals react in times of difficulty and fear? What do these siblings learn about each other in this story? Are there ways you can strengthen your relationship with your family members?

The most recent home video release of Jurassic World movie is May 22, 2018. Here are some details… 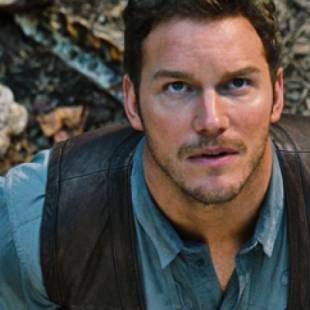 Get a Peek at the New Jurassic World Trailer 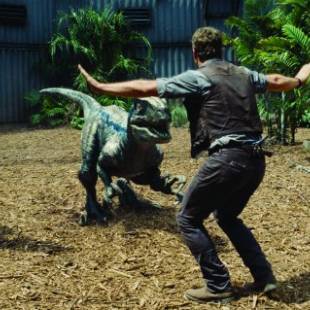 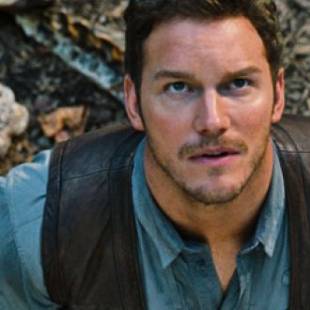 Jurassic World Returns to IMAX for One Week Run