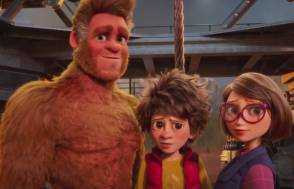 Netflix: Bigfoot has gone to Alaska to save wildlife from Big Oil. When he disappears, his wife, son, and animal friends come to the rescue. 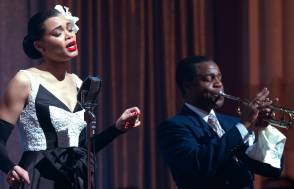 The United States vs. Billie Holiday Not Rated
Overall: C

Hulu: Billie Holiday is one of the icons of the Jazz age, an incredible talented singer in demand across the country... and not just by the jazz clubs. The Federal Bureau of Narcotics is trying to use her drug habit to silence her. 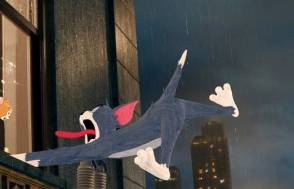 Tom and Jerry PG
Overall: B-

HBO Max and Theaters: Tom and Jerry have been literally locked in a game of cat and mouse their whole lives, but they've called a truce, and Jerry has moved into a posh New York hotel...where the owners hire Tom to deal with their new mouse problem. 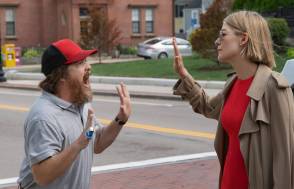 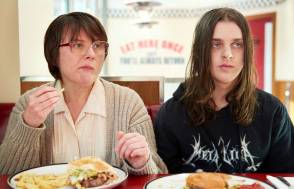 Days of the Bagnold Summer Not Rated
Overall: B+

Digital on Demand: When Daniel's Florida holiday is cancelled, he has to spend the summer at home with his mum. He's not thrilled. 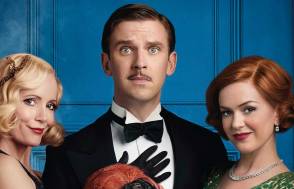 In Theaters and Digital on Demand: When Charles hires a medium so he can learn about seances, he's shocked when his late wife comes back from the dead. His current wife is even more horrified. 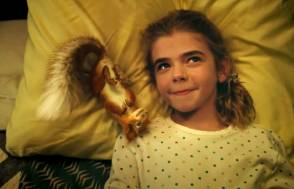 Disney+: When Flora adopts a squirrel she names Ulysses, she has no idea that he is going to develop superpowers. 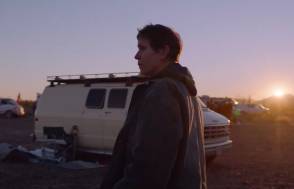 Digital on Demand: Out of work and running out of money, Fern takes her camper van on the road, looking for a job. It's going to be a much longer trip than she expected.

The Croods: A New Age PG
Overall: A-

Digital on Demand: The Croods have found some new neighbors, a family called the Bettermans, who claim to be more highly evolved than the Croods. And you thought your neighbors were snooty.

Digital on Demand: A colossal comet is streaking towards Earth, and fragments are doing unspeakable damage across the globe. John, his wife Allison, and son Nathan now have to make a run for safety, while the sky falls around them and society collapses.

When kids find a box of toys in a creepy attic, there's no way they can be prepared for what those toys are going to do.

Love and Monsters PG-13
Overall: B

In Theaters: Although the rise of terrifying monsters and the apocalypse drove them apart, Joel was determined not to give up on Aimee. Now separated by an insurmountable 85 miles, every inch of which is crawling with dangerous monsters, Joel embarks on the journey of a lifetime for love.

This year's picks by the Hollywood Foreign Press Association

The streaming giant is bringing plenty of original productions to your TV.

Disney brings dragons to the screen.

Family friendly films that illuminate a complex past.

An amateur effort, but not for the reasons you think.

Original productions fill the schedule, for better or worse.

A squirrel with superpowers takes the leap to the big screen.

Films to teach about historical responses to racism

Although Anthony has recently turned 80, he insists that he is more than capable of managing on his own. His daughter, Anne, is rather less certain. Anthony has rejected a long list of caregivers who Anne has brought by the apartment, but he's beginning to wonder if he really might need help...

Three people leading very differeny lives are about to be brought together: A high-level drug trafficker who is trying to arrange a new fentanyl smuggling operation, the mother of a son missing in the midst of the opioid crisis, and a university professor with ties to a pharmaceutical company which manufactures narcotic painkillers...

Vivian has had enough of the disgusting and misogyinistic atmosphere at her high school, and she intends to do something about it. Taking inspiration from her mother's own rebellious past, Vivian anonymously publishes a zine - but the effects are much larger than she had ever imagined.

I Used to Go Here

Digital on Demand: After publishing her novel, Kate is invited to speak at her alma mater. But going back to school means more than familiar surroundings, and Kate soon finds herself drawn into the personal lives of some of the current students.

Digital on Demand: After her parents die from cholera, Mary Lennox is sent from India to her uncle's remote Yorkshire estate. Alone and unhappy, Mary finds solace in a secret, walled garden with magical properties.

Digital on Demand: A biopic exploring a sensational take on the life of famed inventor Nikola Tesla, and his struggles to sell AC electricity to a society already interested in rival Thomas Edison's DC system.