The 2004 SpongeBob film did manage to cook up at least a half-hour of chuckles for adults as well as children. But parents accompanying their little minnows this time will find less to chew on.

SpongeBob (voice of Tom Kenny) leaves Bikini Bottom and soaks up some sunlight while on a quest in the world up top.

Okay, let me begin with a full disclosure. On those busy, tense days that movie reviewers sometimes face (like when the popcorn isn’t quite right) I reach for an embarrassing release… a dose of SpongeBob SquarePants. And not just any of the cartoon re-runs, but a “good” one, which typical revolves around the antics at the Krusty Krab where the draconian boss, Mr. Krabs, is likely to be breaking every rule in the human resources handbook.

Not surprisingly, those often-witty fifteen-minute episodes don’t easily stretch into a feature length film. I voiced the same criticism in my review of the first SpongeBob movie. (Unfortunately I can’t use my clever stretchy eel metaphor again…) Still the 2004 film did manage to cook up at least a half-hour of chuckles that were entertaining for adults as well as children. Parents accompanying their little minnows to the theater this time will find less to chew on (a starfish could count the laughs on her tentacles). Another disappointment is the near lack of story, and that’s a shame because there is a great buffet of well-known characters to work with.

The shallow scenario opens with the overused premise of Plankton (voice of Mr. Lawrence), the proprietor of the competing Chum Bucket restaurant across the beach, trying to steal Mr. Krabs’ (voice of Clancy Brown) top-secret Krabby Patty recipe. When the list of ingredients goes missing Krabs is convinced the notorious sea vermin has taken it. But Plankton’s pleas of innocence convince SpongeBob (voice of Tom Kenny) and his starfish buddy Patrick (voice of Bill Fagerbakke) to think outside of the ocean. And that is when a time machine, a scheming pirate named Burger-Beard (Antonio Banderas) and a magic book get added to the mix.

Admittedly the kids in the audience I screened with appeared to be having fun. (I guess they had a greater appreciation for the slapstick violence and frequent seagull poop jokes than I did.) Still, parents should be aware that little ones might be frightened by an apocalyptic representation of Bikini Bottom after the residents are convinced the world will end if there are no more Krabby Patties. Other concerns occur near the end of the film when the two-dimension cast transforms into 3D superheroes and flounders through a far-too-long physical confrontation that involves fantastical forces and weapons.

Yet despite my disappointment of finding SpongeBob: Sponge Out of Water to be lacking on the adult level, this movie does net some positive moral values for children. Characters learn how to work together and put differences aside. They also recognize it’s dangerous to judge someone without knowing all the facts. These messages may be reasons to consider taking this latest journey to Bikini Bottom—just don’t hold your breath in anticipation of the humor many of us “big fish” have come to enjoy from these characters.

Violence: All violence is within a comedic context. Superhero characters engage in a physical confrontation that causes some property damage, and involves the use of fantastical weapons and forces. After a favorite restaurant appears to be out of business a community suddenly turns into ruins, with destroyed buildings and people dressed in clothes reflective of other apocalyptic movies. Characters argue with one another.

Sexual Content: A live action scene shows men and women on a beach in swimwear. Language: A character calls someone a "jerk".

Other: Seagull poop is used to generate humor.

This movie is based on the popular TV series SpongeBob SquarePants.

From the Studio: SpongeBob SquarePants, the world’s favorite sea dwelling invertebrate, comes ashore to our world for his most super-heroic adventure yet. © Paramount Pictures

Plankton is often found trying to steal Mr. Krabs’ secret recipe. How does his previous behavior lead others to immediately blame him when the recipe goes missing? Is this a fair judgment on the part of others in his community? How do our past actions work to protect or harm us when we are called into question?

The superhero scene near the end of the film takes place on a very nice looking street in Savannah, Georgia. According to Bill Dawers, a local commentator, the film crew improved what was otherwise a drab looking location. What does Mr. Dawyers column reveal about the “fantasy” nature of a movie like SpongeBob? Why did they make so many changes to the existing street? Sometimes people don’t appreciate film crews blocking roads and making changes to their community. Was this a good thing for Broughton Street in Savannah?

The most recent home video release of SpongeBob: Sponge Out of Water movie is June 2, 2015. Here are some details…

This is the second feature-length film based on this franchise. The first was SpongeBob SquarePants: The Movie. Another sea creature is displaced to the world above in Finding Nemo.

Related news about SpongeBob: Sponge Out of Water 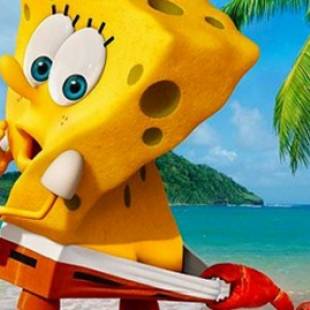 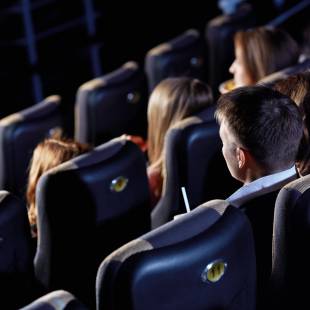