The South African setting might impart some novelty, but the plot is tedious rom-com shlock.

Netflix: Dineo desperately wants to get married but she keeps getting dumped. After one final heartbreak, Dineo decides to embrace the joys of being single.

Dineo (Fulu Mugovhani) believes in true love. Even though she has experienced frequent disappointments, Dineo persists in searching for the right man to come home to every night. Noni (Tumi Morake), one the other hand, believes in sex as a recreational sport. She is constantly on the hunt for her next one-night stand. Despite their divergent views, the two women have been besties for years. Their friendship is the one constant each can count on.

So, it is Noni’s apartment Dineo returns to when she gets dumped on Valentine’s Day. In an attempt to cure her heartache, Noni takes Dineo to parties and bars where she hopes abundant alcohol and obliging men will convert the jilted woman to the joys of the single life.

But the plan backfires for both of them. Dineo ends up meeting a handsome womanizer named Lunga (Bohang Moeko) who ignites her romantic fantasies all over again. And Noni beds Max (Yonda Thomas) who challenges her rule of only sleeping with a man once.

Written by Lwazi Mvusi and directed by siblings Katleho and Rethabile Ramaphakela, this South African movie follows about a year’s worth of the triumphs and travails experienced by the two protagonists as they search for sex in the city of Johannesburg. While the setting, culture and mix of languages (subtitles appear for some parts of the dialogue) may prove novel for North American audiences, the basic plot points of this romantic comedy are the usual schlock.

Family viewers will also be deterred by pervasive substance use and casual attitudes towards sex. The characters are often portrayed drinking to excess. Drug use and smoking are shown briefly. Passionate kissing, undressing and couples in bed together (usually in their underwear) imply intimate relationships, while such activities are discussed in crass conversations and mimicked with suggestive body language. And swearing is heard throughout, including a few uses of a strong sexual expletive.

The screenplay does attempt to impart some morals to its story. Dineo and Noni are each forced to question their views about relationships. Misguided understandings of the virtues of dependence and independence are explored. The value of strong friendships is extoled. And a warning about over-sharing on social media is unmistakable. But these messages are so encumbered by unnecessary content that it is difficult to take this exposé on the plight of single life very seriously.

Violence: Angry characters hits/punch others, in one case causing a bleeding nose. Characters lie to and betray one another. Women wrestle over a cell phone. Social media posts (usually self-posted) cause some public humiliation. A character texts while driving.
Sexual Content: The characters in this movie have casual attitudes about sex. A character move in and out with her lovers. Another woman invites men home, or goes to their homes, for sex. These relationships are implied or depicted with passionate kissing, fondling and characters seen in bed together (women with bare shoulders, shirtless men and characters in underwear), along with discussions about sexual activity. Sexual invitations are made to strangers. A woman kisses unknown men in a bar setting and later wakes up in bed with a stranger. Sexually suggestive dancing and gestures imitating sex are seen. Sexual innuendo is frequent. Woman dress provocatively and show off their cleavage. References are made about paying for sex, homosexual relationship, masturbation, S&M sex and threesomes. An unmarried couple is shown sharing a bathroom – and a person sits on the toilet. Cheating and betrayal are shown and discussed. A dating app is depicted negatively. Birth control devices are named and shown.
Profanity: Mild and moderate profanity and scatological slang are used numerous times. A strong sexual expletive is heard four times, as well as uttered unclearly a couple of times during a string of angry swear words. A sexual finger gesture is shown. Sexual slang and crass language are used throughout.
Alcohol / Drug Use: Characters constantly drink throughout this movie, in bars, clubs, in cars (not while driving) and at home. Alcohol consumption is often to the point of drunkenness and intended to drown sorrows or liven-up a depressed mood. This consumption results in hangovers, vomiting and problems being attentive at work. Two women are seen briefly sharing a marijuana joint. Other characters are seen smoking.
Other: A character chronicles her life on social media, often sharing things that later cause her shame and humiliation.

Why do you think Dineo documents her life on social media? How does her public sharing sometimes lead to embarrassing herself?  What things do you think you should or should not post on the internet?

This screenplay focuses on the two female protagonists. How well do you get to know Dineo and Noni? Are the male characters developed at all? How does this imbalance affect the way you view the characters?

What kind of lines does Lunga use on Dineo the first time they meet? Do the things he says make you trust him? Or were you suspicious? What does Dineo hear? Why?

What kind of advice does Noni have for staying single? What does she see as the benefits? Do you believe her rhetoric? What are the downsides to the freedom she espouses?

How do you feel about the way Dineo’s mother defines success? Do you feel there are flaws in her more-traditional logic? What do you think represents the best advice for a happy relationship?

Do you think woman are settling for less from men these days? Do you think if women expected more commitment and fidelity in their relationships that they might get more? Why do they expect more from their friendship with each other than they seem to do from the men they date?

The most recent home video release of Seriously Single movie is July 31, 2020. Here are some details…

A similar story about the dangers of starry-eyed romance is told to a younger audience in the family-friendly animation Frozen. A man wrestles with the pro and cons of being single in the classic film Marty. A woman discovers the importance of getting to know someone beyond their good looks in the rom-com While You Were Sleeping. 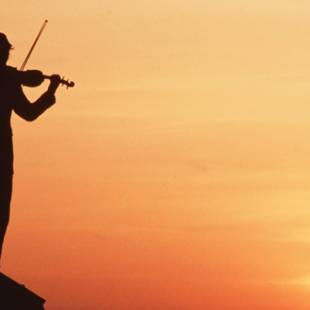