Netflix has a whole lot to offer in July, with original productions and familiar films. Here are our reviews for their upcoming releases. (We’ve broken them down by date and then alphabetically.)

Anne Frank – Parallel Stories. Helen Mirren narrates this documentary about Anne Frank and other women who endured the fascist dictatorships of 1930s Europe and the Holocaust perpetrated by the Nazis. Our review for this Netflix release will be posted on July 1st. PG

A Thousand Words This comedy stars Eddie Murphy as a man with the gift of the gab. That is, until a magical tree in his backyard loses a leaf every time he talks. PG-13, Grade: C-

A Walk to Remember. The high school bad boy is sentenced to participating in the school play after some hijinks leave a fellow student injured. Much to his surprise, he finds himself falling for the lead actress, who happens to be a church girl. And she has a secret…PG, Grade: B

Charlotte’s Web This 2006 live action remake of the classic children’s novel brings together everyone’s favorite characters – Fern, her pet pig Wilbur, Templeton the rat, and the spider Charlotte, who teaches Wilbur the meaning of friendship. G, Grade: A

Clash of the Titans. Greek mythology comes to somewhat cheesy life in this story of a half-mortal named Perseus who gets involved in a battle between Hades, god of the underworld, and Zeus, chief of the gods. PG-13, Grade: B-

Cloud Atlas. This genre-bending drama features a group of characters in a variety of times and places who are nonetheless linked through shared hopes and dreams. Restricted. Content details only.

Definitely, Maybe A divorcing dad tells his daughter all about his past romantic relationships. This is apparently a good idea, but we’re not feeling it. PG-13, Grade: D+

Delta Farce Three drunken buffoons are called up as Army Reservists. Rough weather sends their airplane off course to Mexico and the trio wind up fighting local bandits instead of Iraqi terrorists. PG-13, Grade: D+

Fiddler on the Roof. Tevye the milkman lives a life full of challenges but rich in faith and family. This classic musical film features unforgettable music and a poignant story of facing change with faith, optimism and love. G, Grade: A

I Now Pronounce You Chuck and Larry When Larry runs into trouble naming his children as beneficiaries on his life insurance policy, he persuades a colleague to pretend to be gay and marry him. All seems to be going well until the insurance company gets suspicious that the pair aren’t “gay enough”. PG-13, Grade: D+

Lemony Snicket’s A Series of Unfortunate Events. This live action adaptation of Lemony Snicket’s blockbuster book series incorporates the first three books into one film. Starring Jim Carey as the despicable Count Olaf, it features the orphaned Baudelaire children and their attempts to elude their evil, money-grubbing relative. PG, Grade: B

Paranormal Activity. This horror movie literally tells a tale of things that go bump in the night. Restricted. Content details only.

Patriots Day. This movie dramatizes the work of the first responders in the wake of the Boston Marathon of 2013. Restricted. Content details only.

Red Riding Hood. Medieval villager are terrified by a werewolf at every full moon. Their fear deepens when they learn that the werewolf lives among them…PG-13, Grade: D+

Sleepless in Seattle. A lonely widower is persuaded by his young son to call into a radio show for advice. His story sparks a response from many female listeners, one of whom is convinced that they are meant to be together. PG, Grade: C

Spaceballs. This Star Wars spoof features a cast of zany characters plotting to steal air from a neighboring planet to save their own. PG, Grade: C

Stardust. A lovesick youth, a fallen star, three witches seeking immortality, sky pirates who catch lightning, murderous princes trying to find the family ruby – all come together in a rollicking fantasy movie which feels like a fairy tale told by Monty Python.

Sucker Punch. Institutionalized by her stepfather, a young woman retreats into a fantasy world she has created in her mind. The battles she fights there are the key to escaping from her real world prison. PG-13, Grade: D

The Karate Kid 2. This story features a trip by Daniel and Mr. Miyagi to Okinawa, which inadvertently kick starts an old feud. PG, Grade: B

The Town. A young woman who’s been traumatized by being held hostage in a bank robbery has no idea that her new romantic interest is one of the men responsible for her nightmare. Restricted. Content details only.

This Christmas. A family Christmas goes off the rails as undisclosed secrets tear at the ties that bind. PG-13, Grade: C+

Total Recall. Bored with his life, a man decides to use a chemical for a virtual vacation. Everything goes wrong, he winds up on the run using super spy skills he didn’t know he had. PG-13, Grade: C

Under the Riccione Sun. A group of Italians gather in the resort town of Riccione in search of summer love. TV-MA, Grade: C-

Winchester. The heiress to a fortune derived from the manufacture of firearms is convinced that she is being haunted by people killed by those weapons. PG-13, C+

Desperados: After getting drunk and sending a deranged email to her most recent date, Wesley races off to Mexico to find his phone and delete the email before he has a chance to read it. This is a Netflix original and our review will be posted on July 3rd. Unrated

Sugar Rush: In this Nigerian comedy, three women come across $800,000. Now the rightful owner is after them. This is a Netflix original and our review will be posted on release day. Unrated

Hook: A workaholic father is terrified when his children are abducted by a mysterious person named Hook. Strange revelations follow and a rematch between Captain Hook and Peter Pan is inevitable. PG, Grade: B+

ONLY. A comet blankets the earth in ash, which releases a virus that kills all the world’s women. A young couple hides out in their sterilized apartment and then goes on the run to protect the woman from the men who want to capture her. This is a Netflix original and our review will be posted on July 6th. Unrated

How Do You Know. How do you know you’re in love? Reese Witherspoon plays a woman who’s trying to figure out if she loves her boyfriend and it gets complicated when she starts dating someone else. PG-13, Grade: C

The Lorax. The animated version of Dr. Seuss’s environmental fable introduces us to the Lorax and his failed attempt to stop the Once-ler from destroying the Truffula trees and the creatures that depend on them. PG, Grade: B

The Old Guard:A group of mercenaries have been working for centuries. They’re unable to die and are now being looked for by groups interested in their immortality. This is a Netflix original and our review will be posted on the 10th. Restricted.

Fatal Affair: Ellie runs into an old friend, David, only to discover that the consequences of their reunion are more dangerous than she could have anticipated. This is a Netflix original and our review will be posted on opening date. Unrated

Pride & Prejudice: Jane Austen’s most beloved novel comes to life with Keira Knightley as the sparkling Elizabeth Bennet. Her relationship with Fitzwilliam Darcy stumbles due to his pride and her prejudice but heads for the expected happy ending along a path filled with humor, irony, and romance. PG, Grade: A-

The Notebook. An elderly man reads from the pages of a notebook that contains the account of young love between a young socialite and a carpenter. PG-13, Grade: C+

Spotlight: Based on a true story, this film follows the reporters at The Boston Globe who uncover evidence of the clerical abuse scandal in the Roman Catholic Church. Restricted, Grade: B+

Animal Crackers: In this animated feature film, a family uses a magical box of animal crackers to save their circus from the plots of their scheming uncle. Our review for this original Netflix production will be posted on the 24th. TV-Y7

The Kissing Booth 2. This teen rom-com is a sequel to the popular The Kissing Booth. Set a year later, the movie follows the main characters as they navigate long-distance romance, the challenges of college admission, and the introduction of new potential love interests. Our review for this Netflix original will be posted on the 24th. Unrated

Latte and the Magic Waterstone. Latte the hedgehog is the star of this animated film, which sees him on a quest to reclaim a magical waterstone from the bear king. If Latte can get the waterstone, he can end the drought that is destroying their forest home. This Netflix original will be reviewed on release date. Unrated.

Seriously Single. In this Ghanaian comedy, Dineo tries to break her string of doomed relationships, all of which have ended with being dumped. This film is a Netflix original and will be reviewed on the 31st. 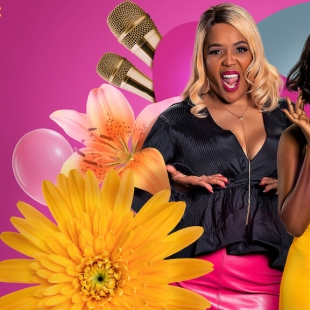