This film must be lauded for eschewing the usual product-placement motivated setups in favor of a unique experience that rewards the viewer with some thought provoking ideas.

In a future where the Earth is left a barren desert, Mad Max (Tom Hardy) and his traveling companion Furiosa (Charlize Theron), cross the sands and battle other nomads while searching for a better world.

This is one of those rare occasions where I’m going to begin with all the reasons this movie left me far more impressed when I came out of the theater than when I was on my way in—and none of them have anything to do with why or why not you should let your kids see Mad Max: Fury Road.

If the term “pulp fiction” is familiar to you (and I’m not talking about the movie with that title), you will instantly understand what to expect. Mad Max: Fury Road may show up in film studies textbooks over the next decade as a near-perfect illustration of this genre. It is wall-to-wall action, with insane characters driving mutated vehicles over a deserted post-apocalyptic landscape. A thundering soundtrack and stylized visuals embed the movie deep into your memory and will likely land this production in Oscar territory for technical awards.

Frankly, Mad Max: Fury Road isn’t a movie I would yearn to see. I’m not much of an action guy. I don’t really appreciate bloody violence and I typically enjoy a few minutes of quiet dialogue that allows me to get to know the characters.

Yet, for many reasons, this 3D spectacle kept me riveted for two hours. (I don’t usually like 3D either.) Director George Miller, who helmed the original Mad Max back in 1979, has a short but strangely eclectic mix of credits that range from a trio of Max films to the heartfelt Lorenzo’s Oil and the 2009 animated kid-romp Happy Feet, has managed to resurrect his creation 30-some-odd years later. Unlike so many recent comic book based movies, Miller is able to string together scene after scene of action/racing/beating/shooting while still remembering to give us reason to care about his heroes, who are given precious little time to talk things over.

If your teens aren’t yet considering this movie, there’s a good chance they will be when the weekend opening buzz hits a crescendo. Surprisingly this film (rated R in the US) is lighter than expected in some content areas. Amidst the noise, only one profanity—the usual sexual expletive—is barely heard. Sex and violence concerns scale up from there, making parental judgment calls more difficult.

In this destroyed world, Max (Tom Hardy) is a man on his own, haunted by the loss of his wife and daughter. He beats himself up for not protecting them, a reminder we see throughout the story in brief flashbacks of their terrified faces. Max’s time for dwelling on the past is quickly eliminated though, after he is captured by Immortan Joe (Hugh Keays-Byrne), a mad man who rules over a desperate society of starving, thirsting beings who beg for a splash of water from their benevolent leader.

Because Immortan Joe’s dominion is a terrain devoid of virtually all plant and animal matter, the geography has necessitated a creative approach to finding nutrition for himself and his army of “war boys”. He and his gang find “blood bags”, live humans whom they use in a fashion similar to those large batteries you carry around to refresh your cell phone. The emaciated soldiers take turns “eating” by plugging in an intravenous tube extending from the “food source”. Thanks to Max’s universal blood type, he is conscripted and mounted squarely on the front of their strange vehicle, like a hood ornament, with his tube being shared by the occupants.

Back at the “Citadel”, the center of this beleaguered civilization, we discover that women have been delegated to a degrading reproductive role within this macabre mechanism. A short scene shows a number of mothers with milking machines connected to their breasts. Later, the narrative reveals a forced polygamous relationship between Immortan Joe and a number of specially selected “breeders”.

However, one of his trusted females has a different plan. Furiosa (Charlize Theron) is about to embark on a trade mission with a tanker full of a precious substance, which is to be exchanged for gasoline at a nearby settlement. When she makes a left turn off the specified path and attempts to escape and return to the land of her birth, the minions—still feeding on Max’s blood—are sent to retrieve her. It’s at this point where the rubber meets the sand and the real adventure begins… and it’s no spoiler to tell you that Max is destined to meet our heroine.

Obviously violence is a continual element in this story, with nearly continuous scenes of shooting, beating and impaling. Characters are thrown from speeding vehicles and run over (including a pregnant woman). There are blood effects on screen. Yet, especially considering the sheer quantity of carnage, Miller stops short of making the gore a spectacle in itself. Instead scenes are tempered in such a way that we still feel the pain, but some details are left to the imagination.

One of the greatest unexpected “twists” is the part females play in this script. Here they are not sexual adornments: rather they assume meaningful responsibility in resolving the problem and moving the plot to its destination. When a woman prays to “anyone that’s listening”, we sense her faith in better things to come. Later, another woman is criticized by a character that says, “Hope is a mistake. If you can’t fix what’s broken, you’ll go insane.” Yet the conclusion of this movie does offer a “fix”, and it only happens because of the undying hope and actions of many people, especially women. (There is a glimmer of an implication that someone did hear their prayers.) Also surprising is the depiction of a group of women aged 60-plus behaving like action heroes. (If you can’t quite image that, you’ll be able to by the time the credits roll.) And the most peculiar of all, I realized as I sat in a theater packed of virtually only men, that this is perhaps the most female-oriented action film I’ve seen in some time.

Now, before you conclude I’m recommending Mad Max: Fury Road as a positive religious experience, think again. Seeing this dystopian tale from such a perspective requires one to look well beyond the stylized car chases and screaming war boys. The depicted violence offers no shortage of reasons for families to find an alternative title. However, this film must be lauded for eschewing the usual product-placement motivated setups in favor of a unique experience that rewards the viewer with some thought provoking ideas—should they wish to dig past all the content issues.

Violence: Violent altercations, including the abuse of humanity, are depicted throughout this movie. Many characters are beaten, impaled, shot, run over by vehicles and injured in other disturbing ways. Women are depicted in abusive relationships with men, including one male character that has forced various women to be polygamous wives. A character is branded with a hot iron. A mask, permanently attached to a character’s face, is torn off in an accident and we briefly see the ripped and bloodied results. A character is referred to as a “blood bag” and has an intravenous tube permanently attached that is used to transfuse blood to others. A hand and a head are impaled by a long nail. A character attempts a suicide explosion. A pregnant woman falls from a speeding vehicle; later characters report that she was run over. A man performs a Cesarean section on a woman in the back of a vehicle; no details are shown except for him cutting the umbilical cord.

Sexual Content: A brief scene shows a group of lactating women in a room, each one is connected to a device that appears to be collecting their milk. One female in the background is holding a baby and her naked breasts are briefly seen. Discussions of using women for breeding are heard. Some women are seen in bikini-like clothing.

Other Content: Characters spray silver chrome paint over their mouths. Characters sip gasoline and spray it into engine air intakes to boost the speed of their vehicle.

From the Studio:
An apocalyptic story set in the furthest reaches of our planet, in a stark desert landscape where humanity is broken, and almost everyone is crazed fighting for the necessities of life. Within this world exist two rebels on the run who just might be able to restore order. There’s Max, a man of action and a man of few words, who seeks peace of mind following the loss of his wife and child in the aftermath of the chaos. And Furiosa, a woman of action and a woman who believes her path to survival may be achieved if she can make it across the desert back to her childhood homeland. - Written by Production

What role do women and mothers play within this society? How are women in this movie depicted differently than in other action films? What contribution do they make to the actual story and problem solving process? Do you feel this movie is more or less demeaning to women than other action films you have seen?

What commodities have value in this society? What are they trading those commodities for? If our society were to break down, what do you think would be valuable? How might perceived value differ depending on who you are and where you live?

The most recent home video release of Mad Max: Fury Road movie is September 1, 2015. Here are some details…

Post apocalyptic worlds come in all sorts, such as the media obsessed society of The Hunger Games, the ordered class distinctions of Divergent and the perfectly controlled city depicted in The Giver. 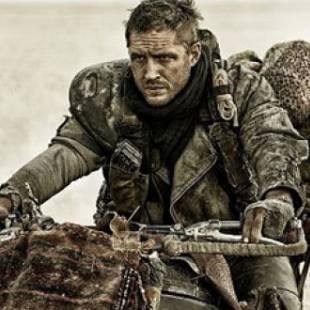 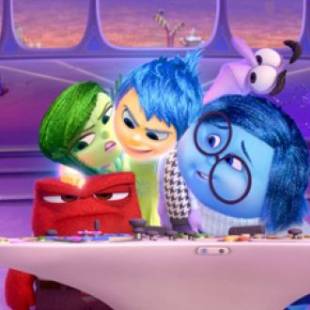