At the beginning of each new year, several professional organizations connected to the motion pictures industry host award shows to honour what they consider to be the best work of the previous year.

While opinions between each of the groups vary, there are always a select few films that get nominated over and over again. Looking back at 2015, there are definite trends for most popular choices. But how family friendly are they? Here is a parent’s perspective on ten of these titles:

The Big Short MPAA Rating: R for pervasive language and some sexuality/nudity. The rating isn’t exaggerating when they say the language use in this film is pervasive. That, plus some sexuality and nudity, are a disappointment in this satirical look at what caused the housing market collapse that began in the USA during 2007. The movie features some strong performances (especially from Christian Bale and Steve Carell) that are putting it on the awards radar. It also goes to painstaking effort, even employing comical depictions, to help the audience understand this complicated economic crisis. The shame is, if the script hadn’t been so chockfull of strong sexual expletives, scatological slang, and every other sort of profanity, parents/teachers might have been able to use this creative endeavor as a teaching tool.

Bridge of Spies MPAA Rating: PG-13 for some violence and brief strong language. This cold war thriller, directed by Steven Spielberg, is based on a true story of the challenges faced by James B. Donovan (Tom Hanks), the lawyer asked to defend a Soviet spy (Mark Rylance) caught in the USA during this tense time in American/Soviet relations. The director and actors are getting noticed for their skills, but what Parent Previews liked about this film is the way the characters portrayed incredible loyalty to their countries, integrity to their ethics and courage in the face of criticism from their countrymen. Violent depictions are kept to a minimum, however the mature themes depicted here are likely best suited for older teen and adult viewers.

Brooklyn MPAA Rating: PG-13 for a scene of sexuality and brief strong language. This film deserves praise for its sheer beauty – especially in its costuming and cinematography. However the slow moving story about a young Irish immigrant (Saoirse Ronan) to 1950’s America likely won’t be very entertaining to young viewers. And that may be just as well, because the movie features a scene where the Catholic girl goes against her religious upbringing and engages in premarital sexual activity (which is implied, with no nudity shown). Family viewers may also have trouble reconciling with some of the character’s indecisiveness as she wrestles to chose between opportunities in the old and new world.

Carol MPAA Rating: R for a scene of sexuality/nudity and brief language. A same-sex romance draws together two women of opposite age and social status. Rooney Mara and Cate Blanchett are both getting attention for their performances here, which includes simulated and implied sexual activity, nudity and strong language.

Mad Max: Fury Road MPAA Rating: R for intense sequences of violence throughout, and for disturbing images. This dystopian sci-fi is an unexpected contender in the 2015 awards race. A reboot of a 30-year-old franchise, the film surpassed expectations in many areas including acting (Tom Hardy, Charlize Theron), directing (George Miller) and technical achievement (cinematography, visual effects, production design, editing, costumes and make-up). Although the pervasive violence and inclusion of some strong language keep it from being recommendable for families, the movie’s surprising depiction of women in a world dominated by men, certainly makes it unique in the action genre.

The Martian MPAA Rating: PG-13 for some strong language, injury images, and brief nudity. Matt Damon is almost a one-man show in this sci-fi about an astronaut accidentally left behind on the surface of the Red Planet. Watching him use his science savvy survival skills is enough to put this movie into the Best Actor and Best Picture categories. The biggest disappointment for parents will be the frequency with which a strong sexual expletive is used—verbally (twice), mouthed (twice), and eluded to (lost count). Still the story may redeem this fault with its focus on the tenacity of the human spirit, and the amazing things that can be accomplished when the whole world choses to work together.

The Revenant MPAA Rating: R for strong frontier combat and violence including gory images, a sexual assault, language and brief nudity. Director Alejandro González Iñárritu and actor Leonardo DiCaprio are receiving accolades for this frontier picture loosely based on the life of Hugh Glass. In their version of this story, the feisty fur trader survives a bear attack and betrayal from his hunting party in order to seek revenge on the man who killed his son (Tom Hardy). The movie is dark and disturbing, with depictions of explicit violence, sexual assault and foul language. Portraying vengefulness more than tenacity, perhaps the most recommendable quality of this grisly (grizzly?) tale is its picturesque cinematography.

Room MPAA Rating: R for language. Brie Larson does a remarkable job of playing an even more remarkable mother who uses her imagination to create a big and fulfilling life for her young son (played by the talented Jacob Tremblay), even though she knows the two of them are being held prisoner in a small and confining room. Because the story is told from the perspective of the five-year-old boy, there are few details about the man who holds them captive, or the reasons why he regularly visits the woman. However, older viewers will be able to figure it out – and that is why they are the intended audience for this gripping adaptation of Emma Donoghue’s best-selling novel. Although the story includes some strong language and mature themes, the overall message is about the indomitable power of a mother’s love.

Spotlight MPAA Rating: R for some language including sexual references. Some religious viewers may not appreciate this exposé on a dark moment of the history of the Catholic Church. Based on a news article published by the Boston Globe in 2002, the film follows the team of reporters who investigated allegations of sexual abuse against various priests. Also turning heads are the ensemble cast (Liev Schreiber, Michael Keaton, Mark Ruffalo, Rachel McAdams and Brian d’Arcy James), director (Tom McCarthy) and screenwriters (McCarthy and Josh Singer). While details of the discussed incidents are not graphic, the script does use both slang and anatomical terms to describe the inappropriate behavior. Some strong profanity is included too. Older audiences would be the best demographic for this movie, and their maturity will likely be needed as well to appreciate the more subtle messages about the way a bystander’s silence (no matter how well-meaning) can make a problem worse, and why the now dying profession of in-depth journalism is an important part of protecting a free society.

Star Wars: The Force Awakens MPAA Rating: PG-13 for sci-fi action violence. It is unusual for a movie that has mass popular appeal to make it onto the Best Pictures list of any contest (although this title did make it to the Critic Choice list—after some politicking). So it is no surprise this latest episode about the familiar characters that reside in a galaxy far, far way did not get nominated in that prestigious category by the Academy Award. Still, the film did get Oscar recognition in five other areas (including Best Visual Effects, Best Film Editing and Best Original Score)—and that is quite an achievement! Parents will likely also cheer its inclusion in the race, because it is one of the only family targeted films to make it (with the exception of some of the contenders for Best Animated Feature Film). 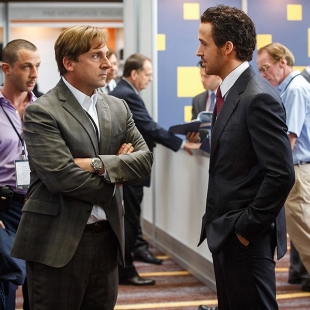 Every game has winners and losers. 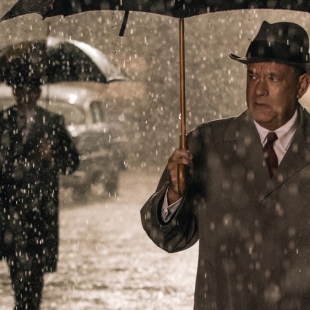 An unsuspecting lawyer becomes the bridge between American and Soviet relations in a tense situation during the Cold War. 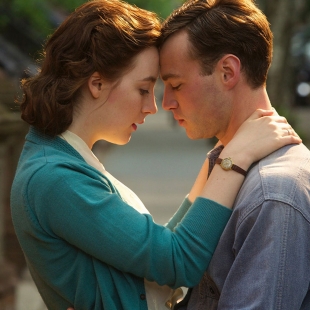 Can Irish eyes find a reason to smile in a new home? 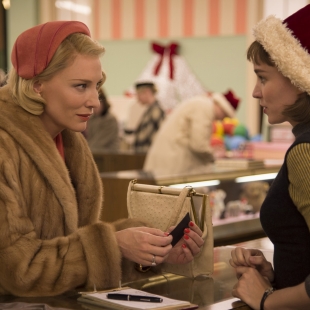 Two women of opposite age and social standing find themselves attracted to one another. 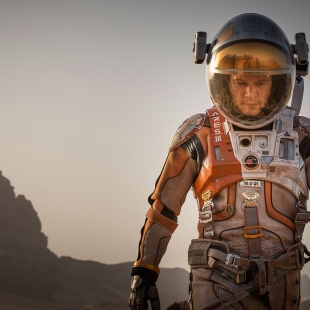 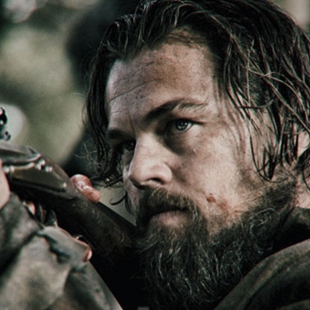 Never mess with a man who's been mauled by a bear. 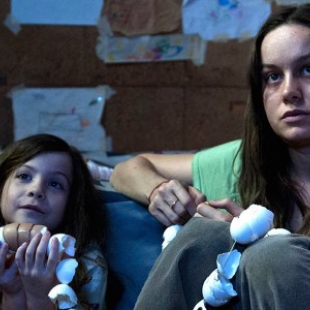 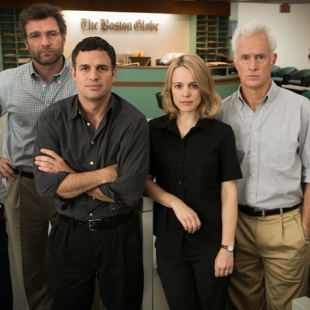 A news teams sheds light on a dark secret.