For parents who take the time to watch this sequel with their teens, the film, with a little bit of prompting, might ignite some deep conversations about sacrifice, love and even the role of media.

Katniss and Peeta (Jennifer Lawrence and Josh Hutcherson) hardly have time to celebrate their survival during the Hunger Games before they find themselves back in the arena facing another life and death battle called the Quarter Quell.

If you are a Hunger Games fan, Director Francis Lawrence will have no problem keeping your attention for all 146 minutes of this sequel. He might even grab your attention if you don’t consider yourself a diehard follower of the series. But you’ll be lost if you haven’t watched the first film. This movie gets right to the action with very little back-story.

For those new to the series, Katniss Everdeen (Jennifer Lawrence) and Peeta Mellark (Josh Hutcherson) won the 74th Hunger Games. It’s a yearly event where two tributes—a girl and a boy—are chosen from each of the 12 Districts that make up the country of Panem. The 24 teens from the impoverished outposts are shipped off to the opulent capitol where they are fed, preened and prepped for game day. The object of the contest, once it begins, is to be the last one standing. That means killing off all the other competitors.

Unlike earlier games where only one winner remained, Katniss and Peeta both survive after pretending to be in love. Rather than watch them fight to the death, the television audience clamors for them both to live. Following the traumatic match, Katniss and Peeta return to their home in the coalmining town before beginning their Victor’s Tour of the districts. But the country’s President Snow (Donald Sutherland) detects a change in the atmosphere surrounding the games. He broods over the young pair’s popularity and the unrest it is causing in the outlying areas. Determined to put an end to the rising rebellions, he announces the tributes in the 75th Quarter Quell of the Hunger Games will be chosen from past winners of the game.

Having former competitors as the tributes means that unlike the teenaged participants in the first film, these adversaries are all adults. On one hand that makes the violence seem a little less disturbing than watching children kill each other. However, The Hunger Games used quick camera shots to avoid most of the actual impact of the weapons. In this film audiences see arrows, knives and axes buried into opponents. Characters are shot, poisoned and electrocuted. And as a warning to other possible rebels, a young man is repeatedly flogged in a public square.

While the first film felt like Lord of the Flies with terrified teens wildly fighting to preserve their lives, the tributes in this story feel betrayed. They were told that winning the Hunger Games ensured them a life of wealth and relative freedom from everything—everything that is but the nightmares that haunt their sleep. Now they are facing the horrors of the games again.

To up the ante and ensure Katniss’ death, President Snow chooses a new game planner (Philip Seymour Hoffman) who promises to turn the audience against the rising heroine. On the eve of the event, Caesar Flickerman (Stanley Tucci), the host that emcees the televised game, parades each of the contestants across the stage for a final interview. However, Katniss and her costume designer (Lenny Kravitz) make a defiant stance in front of the entire audience.

The Hunger Games: Catching Fire is reality TV gone wrong. Yet the idea of sacrificing children for the sake of ratings or control might not be as far-fetched as we would like to believe. Using fear, intimidation and distraction to keep the districts under his control, President Snow is the master chess player in this game. But the pawns are about to make a move of their own design.

Most teens will likely be more interested in Katniss’ love triangle involving Hollywood hunks Hutcherson and Liam Hemsworth. Still, this movie comes with some intriguing insights into the distraction of media, the inequity of wealth and the origins of rebellion. For parents who take the time to watch this sequel with their teens, the film, with a little bit of prompting, might ignite some deep conversations about sacrifice, love and even the role of media.

Violence: Characters remove a dead animal from a trap. Characters are forced to attend a ceremony. Soldiers storm a crowd, knocking people aside and pulling an old man to the stage where he is shot in the head (not seen on screen). They later carry his dead body away. Soldiers are sent out to the districts to quell the rebellion. A resister is tied to a post and flogged. His bloody back is shown. Other characters are hit with the whip or threatened with a gun. The soldiers round up people, ransack their homes and set buildings on fire. A man is attacked and beaten in order to cause psychological distress to a competitor. Arrows, axes, knives and other weapons are used in the Games. Some characters are electrocuted or killed with poison gas. Wild animals, floodwaters and other natural disasters injure or kill contestants. Bloody injuries are shown on several occasions. A character is badly burned. Characters are covered in blood from a “blood” rainstorm. A woman is attacked and stabbed. Characters experience other forms of psychological torment. A character tries to attack a man with a medical syringe.

Sexual Content: Young characters kiss on several occasions. A girl asks a boy to stay in her room with her after she wakes up from a nightmare. A female character undresses in front of others; some back nudity is seen.

Language: The script contains at least two “bleeped” sexual expletives, some scatological slang, a few moderate and mild profanities, as well as several terms of Deity.

Alcohol / Drug Use:Liquor bottles litter a man’s house and he is shown drunk at the table. Drinks are served at a social event. A character is given a drink to make him throw up so that he can stuff himself with more food. A couple of characters are given medical injections to relieve pain or cause sleep. A main character takes a drink of liquor to deal with a stressful revelation.

Why is President Snow afraid of Katniss? How does he use fear and intimidation to control the people of his country? Why does he believe that fear doesn’t work as long as there is hope? Why does Snow decide he has to kill off all the past game winners?

How does the opulence and excess of The Capitol compare with the living conditions in the districts? How does Peeta show his compassion for others? How difficult is it to maintain one’s humanity and compassion in a war situation? How does Effie show her compassion?

How does Snow use psychological tactics to traumatize the contestants?

Do these games compare in any way to reality TV? How can a government or other organization use fear, intimidation or distraction to control a group of people? How are people lulled by entertainment, extravagance and excess in the Capitol? What role does the media play?

This movie is based on book two of Suzanne Collins’ trilogy of novels, which include The Hunger Games, Catching Fire and Mockingjay.

The most recent home video release of The Hunger Games: Catching Fire movie is March 7, 2014. Here are some details…

Jennifer Lawrence won critical acclaim with her role in the R-rated Silver Linings Playbook. She can also be seen in X-Men: First Class. Josh Hutcherson stars in Journey to the Center of the Earth and Bridge to Terabithia. 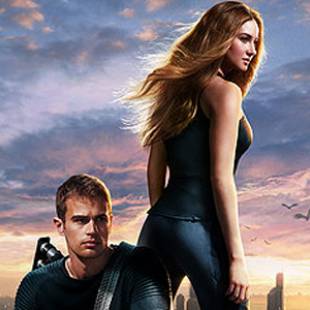