The Theory of Everything Parent Guide

There are some poignant moments in this movie, but other aspects of this genius' life seem to be glossed over. That may be fine for fans that worship Hawking, but others may have unanswered questions.

This bio-drama depicts the life of Stephen Hawking, whose mind rose to academic heights in the world of physics, while his body battled a physically disabling disease.

Violence B
Sexual Content B-
Profanity B
Substance Use B-

Don’t expect to come out of the theater understanding theoretical physics after seeing The Theory of Everything. In the movie, based on the book Travelling to Infinity: My Life with Stephen,Stephen Hawking’s scientific achievements are merely ancillary events in this story about his relationship with his first wife Jane (Felicity Jones).

The couple meets at Cambridge where Stephen (Eddie Redmayne) is wrestling to find a thesis topic while hanging out with his dorm buddies, who apparently have nothing other than sex on their minds. Jane meanwhile studies poetry. Shortly after they begin dating the aspiring student is diagnosed with motor neurone disease. Despite his bleak prospects for the future (he is given only two years to live), Jane marries Stephen and helps bring him out of his depression. With a renewed outlook on life, he throws himself into his research on time.

But life for Jane becomes increasingly difficult as children are born to the couple. Stephen’s deteriorating motor skills also means she has to provide more and more of his basic physical care. Encouraged by her mother (Emily Watson) to find a few minutes for herself, Jane joins the church choir where she meets Jonathan Jones (Charlie Cox), the music director. He has just lost his wife and is looking for a way to fill his empty hours. Charitably, he offers to help the Hawking family.

There are some poignant moments in the movie, like when Jane throws a dinner party for her husband after he receives his Doctorate degree. Struggling to spoon pureed food into his mouth, Stephen watches the other guests easily maneuver their eating utensils inattentive to his own difficulty. Later he has to come to grips with the loss of his voice after he is forced to have a tracheotomy. As his body fails him, the harsh reality of Lou Gehrig’s Disease is painfully evident.

But many other aspects of this genius’ life seem to be glossed over. That may be fine for fans that worship this analytical superstar that spends much of his time denying the existence of God, a philosophy his wife can’t agree with. (Rather Stephen adheres to cosmology, the religion for “intelligent atheists”.) However for viewers who haven’t labored through his book A Brief History of Time, this movie ends with a lot of unanswered questions—like why Stephen begins arguing against his original thesis about time, why he turns his back on the woman who cared for him for 26 years and what impact his divorce has on his children (in this movie there seems to be none).

It’s evident by the end of this film that Hawking’s peers (and maybe the man himself) have elevated this mathematical wizard to the role of a scientific deity. Whether or not you think godhood should be awarded to this agnostic is a personal matter. But with outstanding performances by Redmayne and Jones you can expect to see The Theory of Everything accepting its own awards come Oscar season.

Violence: A man falls and injuries his face. Medical procedures are used to cut open a man’s throat. There are brief moments of peril for a character.

Sexual Content: Characters frequently make sexual comments. Partial nudity is shown when a man looks at a Penthouse magazine. Some embracing and kissing is shown. Infidelity is implied.

Language: The script contains a handful of profanities.

Alcohol / Drug Use:Characters drink often at home or in social settings. A room appears to be filled with cigarette smoke, although no one is shown smoking.

The Theory of Everything Parents' Guide

At one point Stephen appears to tell Jane he believes in a God. In your opinion, does he really think that or is he just trying to make her happy before he tells her he is leaving? Do people sometimes change or modify their beliefs to make satisfy another person? Are our beliefs sometimes influenced by the philosophies of others around us?

One argument against religion is that a person has to exercise faith in something they cannot prove. What theories or concepts do scientists ask the general public to trust or have faith in even though they cannot be proved at this time? Do you think it is possible for scientists to discover one simple “elegant” scientific equation to explain everything? What might it involve?

Both characters in this movie appear to be unfaithful at one point? While neither of their decisions may be justifiable, is one or the other more understandable? What sacrifices does Jane make for Stephen? Is it important for family caregivers to have respite help?

ALS (amyotrophic lateral sclerosis) is also known as Lou Gehrig’s disease—named after a famous baseball player who also suffered from this condition.

The film is based the book Travelling to Infinity: My Life with Stephen by Jane Hawking.

Ms Hawking shares some of her feelings about her ex-husband with reporter Ruth Hessey.

The most recent home video release of The Theory of Everything movie is February 17, 2015. Here are some details…

Also based on true stories: The challenges of mathematical genius John Forbes Nash Jr. are recounted in the movie A Beautiful Mind. Charles Darwin’s personal struggles are revealed in Creation. And sickness hampers the personal life of aerospace engineer Jiro Horikoshi in The Wind Rises.

Related news about The Theory of Everything 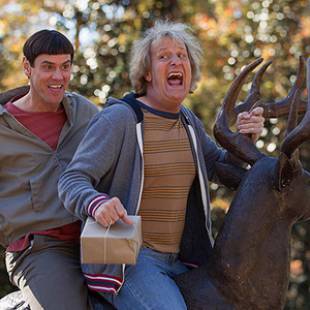