This film is a testament to the power of women's work and words to change the world.

Theaters: Two New York Times journalists begin an investigation into sexual assault in Hollywood and uncover more than they could have imagined.

Why is She Said rated R? The MPAA rated She Said R for language and descriptions of sexual assault.

After Donald Trump is caught boasting about sexual assault in the Access Hollywood tapes and is later accused of rape, the investigations editor of The New York Times, Rebecca Corbett (Patricia Clarkson), decides that the paper needs to do a deeper dive into the issue of workplace sexual harassment. Hearing rumors of sexual predation in Hollywood, she puts reporter Jodi Kantor (Zoe Kazan) on the story. Kantor has a strong background in workplace issues and Corbett soon adds Megan Twohey (Carey Mulligan), a reporter with experience interviewing sexual abuse survivors.

As the women track down rumors, interview reluctant witnesses and terrified victims, and slowly piece together a paper trail, they realize that sexual harassment is a widespread issue in the movie industry. But one name stands out in their investigation: Harvey Weinstein. Founder of Miramax, Weinstein’s a legend in Hollywood, having produced numerous smash hits and launched A-list celebrities. It also becomes apparent that Weinstein has intimidated his victims and gagged them via settlements and non-disclosure agreements. With survivors silenced, Kantor and Twohey are going to need skillful reporting and a few brave women willing to speak out if they are to print their story.

In one of my favorite directorial choices, Maria Schrader made the decision to never show Harvey Weinstein’s face on screen. He is seen only from the back in a meeting; a hulking but impotent presence. That’s because this isn’t a movie designed to glamorize a predator. It’s the story of the work, words, and courage of the women who brought him to account. This film is a testament to the tireless efforts of women and the strength of their rage and determination. It’s moving, powerful and outstandingly effective.

Best of all, the script makes it clear that neither Kantor nor Twohey are superheroes; nor do they work alone. Kantor juggles two daughters and a job with crushing hours, while making space for her husband’s worries about an aging parent. Twohey is grappling with post-partum depression and the anxieties of new parenthood. Both women succeed on their own moxie but with the support of their husbands and the unflinching backing of their editors. It clearly takes a village to catch a predator and these two journalists have a strong one.

Movies about journalism rank near the top of my favorites list, and She Said lives up to my high expectations. This production is well written, beautifully acted, and professionally filmed and edited. Its quest for realism, however, makes it a Restricted movie. There are frequent verbal accounts of sexual assaults, with some detail (although it isn’t highly anatomical). This will certainly be distressing for survivors of sexual assault and viewers should consider their own reactions to stories of sexual trauma before buying a ticket. There is also a fair bit of profanity, principally 20 sexual expletives – which is probably cleaned up from the newsroom’s reality but is still a fair bit for a movie. Negative content aside, this film’s dedication to principles of justice, compassion, honesty, integrity, and perseverance is strong enough that I can easily recommend this film for mature teens and adults who are interested in the social issues it raises.

During an interview, one of Weinstein’s victims looks back on her assault and says, “It was like he took my voice that day.” In She Said, Maria Schrader puts a microphone in front of these women, restoring to them the respect and dignity they deserve.

Watch the trailer for She Said

Why is She Said rated R? She Said is rated R by the MPAA for language and descriptions of sexual assault.

Violence: There are repeated discussions of rape and other forms of sexual assault. People are bullied and intimidated. A woman receives feces in the mail. A woman receives death and rape threats on her phone.
Sexual Content: Women frequently discuss past rapes and sexual assaults, with some detail although it usually isn’t graphic. A man gets pushy with a woman at a bar who forcefully rejects him. There is brief mention of oral sex and masturbation. There is audiotape of a man badgering an unwilling woman to enter his hotel room.
Profanity:  The movie contains just over two dozen swear words, including 20 sexual expletives, three scatological curses, and three terms of deity. A crude term for women is also used.
Alcohol / Drug Use: Adults drink wine with meals.

The explosive article that Jodi Kantor and Megan Twohey wrote can be found here:

For more about the lasting impact of the Kantor/Twohey investigation, you can follow these links:

PBS: Where the #MeToo movement stands, 5 years after Weinstein allegations came to light

Variety: Five Years After #MeToo Ignited a Global Reckoning, Harvey Weinstein Is Back on Trial

Vox: 7 positive changes that have come from the #MeToo movement

Lexology: The Global Impact of the #MeToo Movement

You can learn more about the inside story of the reportage in the articles below:

Vogue: Jodi Kantor and Megan Twohey Go Behind the Scenes of She Said

Reuters Institute: Rebecca Corbett on her role as the editor of the Weinstein story

This film is based on the book She Said, written by Megan Twohey and Jodi Kantor. In Catch and Kill, journalist Ronan Farrow exposes a culture of abuse and cover-up.

The groundswell of outrage that met the revelations published by The New York Times catalyzed the #MeToo movement. Editor Lori Perkins has assembled personal accounts in her book #MeToo: Essays About How and Why This Happened, What It Means and How to Make Sure It Never Happens Again.

The activities of investigative journalists can make for good movie scripts. Reporters with The Boston Globe break open the Catholic church’s sexual abuse scandal in the movie Spotlight. The Washington Post defies the Nixon White House to print the Pentagon Papers (blowing apart the lies told by the administration about the Vietnam War) in The Post. In Mr. Jones, a freelance reporter tries to tell the world about the Holodomor, a famine the Soviets are forcing on the people of Ukraine, but nobody wants to listen. The British story Official Secrets features a government employee who leaks information about government lies to The Observer ahead of the invasion of Iraq.

Sexual harassment and assault have also been featured in film. Bombshelltells the story of the female reporters at Fox News who blew the lid off Roger Ailes’ long-term harassment of female staff. In the fictional film, Moxie, teenage girls fight back against systemic misogyny in their high school. A woman (played by Carey Mulligan) takes violent revenge against sexual predators in the mystery drama Promising Young Woman.

Related news about She Said 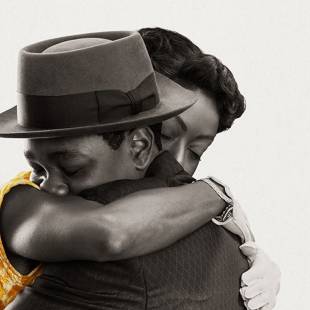