When a group of students in Whitwell, Tennessee, decided to collect 6 million paper clips to help them visualize how many Jews were killed during Hitler's Nazi regime, they had no idea how their school project would change their perspective, nor how it would attract the attention of the world.

“Changing the World… One classroom at a time” is one of the many taglines applied to this documentary, which ranks as one of the most inspiring films we’ve ever reviewed.

That “one” classroom is located in Whitwell TN, a quiet community of a couple thousand people—nearly all of which are Caucasian Christians. But at one of the town’s schools, Principal Linda Hooper is about to embark on a project she hopes will open the eyes of her students—never dreaming the proposed educational exercise will eventually attract the gaze of the world.

It’s 1998, and Linda and her assistant, David Smith, are looking for a way to teach tolerance and diversity to their homogenous population. Of their 425 students, none are Jews, Catholics, or Asians—only five are African-Americans and one is Hispanic. David decides the Holocaust may be the perfect basis for their goal. He hopes the participating pupils will gain a greater recognition and acceptance of others that they can carry with them when they grow-up and go out into the larger world.

Not long after they begin, one of the children asks, “What is six million? I’ve never seen that much of anything before.” So David and Linda suggest the kids think of a small object they can collect to represent the vast number of Jews who were murdered by Adolph Hitler’s Nazi regime. When their research reveals an interesting tradition, the students are sure they’ve found just the thing. During WWII, the citizens of Norway (where the paper clip was invented) wore the metal clips on their lapels as a sign of patriotism and resistance against the Nazis.

Soon, the students are writing letters to people far and wide, telling them about the project and inviting them to send paperclips—one for each Jewish life lost. The initial announcement is met with a flood of paper clips, however a few weeks later the shipments have slowed to a trickle. Then a man, who had been a prisoner in a concentration camp, accidentally bumps into their project page on the Internet. Impressed by the students’ ambitious endeavor, he tells his friends Peter and Dagmar Schroeder—a married couple that serves as media correspondents at the White House. (When the journalists drive out to see if they can do a story on the paper clip drive, they become the first Germans the students have ever met.)

Within weeks, a major article is running in The Washington Post, alerting the rest of the world of the project in Whitwell. Almost immediately media and paperclips are pouring into the local post office. Next a group of Holocaust survivors offer to come and speak at the school. As they share their emotional experiences, a bond forms between these divergent groups and provides one of the most poignant scenes in this documentary.

Filmed with video cameras (resulting in some surprisingly beautiful images) and created on a modest budget, this movie proves what’s in front of the lens can more than makes up for expensive production techniques. An outpouring of love results from the honest efforts of this community and the crew that put this film together. The result is a sincere message about the worth of diversity, the importance of cooperation, the joy of overcoming differences, the importance of setting goals and the power of persistence. These lessons flow naturally from the screen, and the audience simply learns and feels by watching the events unfold.

Paper Clips accomplishes two important things. First, it grandly achieves the obvious goal of sharing an inspiring story reminding us never to forget the lessons learned from one of history’s greatest tragedies. Second, it illustrates media’s best possibilities as a tool to positively motivate its audience. After fourteen years of reviewing movies for families, Paper Clips is the first film to receive an A+ grade from Parent Previews.

Obviously this film discusses the Holocaust and shows a few moments of historical footage. We highly recommend parental or teacher guidance while viewing, but the subject is treated in a way that should allow all ages to view this movie.

This project began as a small idea. What happened to help it grow into the amazing accomplishment it became? Are there any little things you could do that might make the world a better place? If these efforts never turn into anything as grand as the paper clip project, would they be any less worthy of your efforts?

To help a story move along, films and media often compress time. In reality, Linda Hooper and her fellow educators came up with the idea in 1998, and didn’t complete their memorial until 2001. Why might it be important to remember that when setting your own goals?

As the students developed sympathy for the Jewish people they were learning about, what conclusions might they have come to about the Germans? How did meeting with Peter and Dagmar Schroeder help to balance their perceptions? How did the teacher David Smith apply the principles they were learning in class to his own life?

For more insightful information about the film, the project, and the town, check out the official website at: www.paperclipsmovie.com

The most recent home video release of Paper Clips movie is March 6, 2006. Here are some details…

DVD Release Date: 7 March 2006
If this limited release film didn’t play at a theater near you, you can now catch Paper Clips on DVD in either a single or double disc version. The 2 Disc Special Edition offers bonus and extended scene as well as interviews with Holocaust Survivors and bonus interview excerpts. Subtitles are available as in Spanish and French.

The theme of prejudice is creatively explored using the cast system of domestic farm animals in the movie Babe. A young boy escapes from the brutality of a concentration camp in the film I Am David. 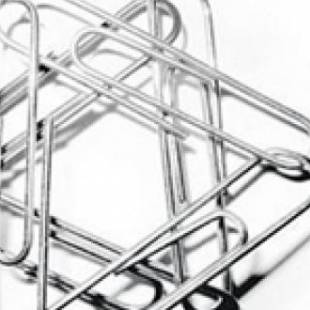