On paper, "Aloha" looks like it should have worked. But it stumbles along like a drunk person trying to find their footing.

The last time Brian Gilcrest (Bradley Cooper) lived in Hawaii, things didn't go too well. Now a new assignment with the military is giving him a second chance. But the mistakes of the past might tangle up his hopes for the future.

Violence B+
Sexual Content B-
Profanity D+
Substance Use C+

Why is Aloha rated PG-13? The MPAA rated Aloha PG-13 for some language including suggestive comments.

From a balance sheet, Aloha looks like it should have worked. Bradley Cooper is fresh off his intoxicating ride (and Oscar nomination) as Chris Kyle in the hugely successful American Sniper. Emma Stone recently reprised her role as Gwen in The Amazing Spider-Man 2. Rachel McAdams has a growing resume of solid performances (Sherlock Holmes, Midnight in Paris, About Time) and John Krasinski has established himself as a bankable star (Promised Land, It’s Complicated). The film’s location isn’t a distraction either.

However, the movie stumbles along like a drunk trying to find his footing.

Bradley Cooper plays Brian Gilcrest, a defense contract with a shady past whot suffered a serious injury in the Middle East conflict. After mostly recovering (he still has a limp), Brian is sent home to Hawaii to help inaugurate the building of a new space launch site owned by wealthy businessman Carson Welsh (Bill Murray).

However, negotiating with the natives isn’t the only thing on Brian’s mind. Tracy Woodside (Rachel McAdams) lives on the island with her husband Woody (John Krasinski) and their two children (Danielle Rose Russell, Jaeden Lieberher). It has been a long time since Brian suddenly disappeared out of Tracy’s life. Reconnecting with her gives him a chance to decide if there is still a spark between them that merits rekindling.

That could easily have been enough drama to take up the movie’s runtime. Yet there is more. When Brian lands at the military base, he is assigned a young jet fighter pilot to be his liaison. It seems like a lower ranking officer, or at least a less specialized one, could have just as easily filled the role of babysitter. However Captain Allison Ng (Emma Stone) is given the task of handler. And that means Brian soon has not one, but two love interests to juggle.

Aloha also addresses some politically hot topics like the turning of space exploration over to private billionaires who may or may not play by the rules. In this case, Carson abides by the latter. As well, the script throws in some Hawaiian legends, a precocious, aspiring documentarian who makes a disturbing discovery, and a disgruntled tribe that still despises the interlopers who arrived on their island centuries ago. And local military leaders, depicted as inept, make the besmirched Brian the only one capable of saving the day.

Given all the bits and pieces the story tries to include it’s no wonder the plot trips up as it meanders between romance and drama. Instead, this production seems to prove that even if you appear to have all the right pieces, things won’t always puzzle together to make a great picture.

Why is Aloha rated PG-13? Aloha is rated PG-13 by the MPAA for some language including suggestive comments.

Violence: A brief scene is shown of a man in a Middle East conflict, who is later seen recovering in a hospital. A character has another man’s toe attached to his foot.

Sexual Content: Characters appear to be slightly uncomfortable when a man rubs down another man’s back. Characters kiss and embrace. Some mild sexual innuendo is includes, along with several sexual references and some language. Characters wear bikinis. Animals engage in mating. A couple is shown in bed together in a morning after scene.

Language: The script contains a strong sexual expletive used in a non-sexual context, along with scatological slang, curses, vulgar terms and profanities.

Alcohol / Drug Use:Characters are frequently shown drinking in social settings. A woman suggests she may be drunk at the end of a party. Some tobacco use is depicted.

Are there dangers with handing space exploration and travel over to private businessmen? How might they use their advantage to arm the skies? Who would be the highest bidders to be able to buy the services of these companies? Are there other ways to provide funding for space?

Brian tries to get access to native land by promising the people two mountains and cell phone service in exchange for the real estate he wants. Does he have the right to give them land that was theirs originally? Later in the movie, one character says, “Nothing is sacred. Everything is for sale.” What is the danger of this kind of mentality? Are there some things that should not be up for auction? What kinds of natural resources or sites should be protected? What other things should be considered sacred?

The most recent home video release of Aloha movie is August 25, 2015. Here are some details…

Home Video Notes: Aloha
Release Date: 25 August 2015
Aloha releases to home video (Blu-ray/Digital Copy) with the following special features:
- The Untitled Hawaii Project: The Making of Aloha Feature Length Documentary - Narrated by Cameron Crowe, this engrossing and authentic documentary will make viewers feel like they are on set and serve as a behind-the-scenes window into the journey of how the film was made.
- Cast Gag Reel
Exclusive HD Content
- Original Opening and Alternate Ending
- Deleted Scenes
- Four All-New Featurettes: The Awe of Space, Mitchell’s Film, Ledward Kaapana: Music Is Everything and Uncle Bumpy
- Photo Gallery
- Audio Commentary by Writer/Director Cameron Crowe

Tora! Tora! Tora! tells of the military presence in Hawaii during WWII. Cameron Crowe also directed We Bought a Zoo and Elizabethtown. 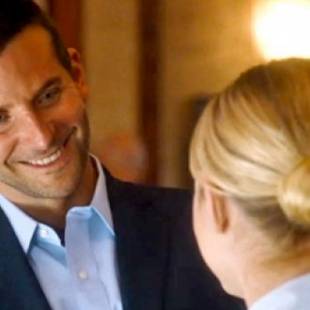