At a United Nations Holocaust Memorial Service in New York, filmmaker Steven Spielberg told the audience that people cannot be paralyzed by the past horrors of genocide but must act against future bloodshed.

In a Presidential address to commemorate the 70th anniversary of the liberation of Auschwitz, President Barak Obama said, “We commemorate all the victims of the Holocaust, pledging never to forget, and recalling the cautionary words of the author and survivor of Auschwitz Primo Levi, ‘It happened, therefore it can happen again. . . . It can happen anywhere.’ Today we come together and commit, to the millions of murdered souls and all survivors, that it must never happen again.”

For many families, this dark and horrible period of history can be a difficult one to talk about with your children. Some of the following movies can be an introduction to the events that occurred during WWII depending on the age of your family.

The Book Thief is amore child-suitable version of what happened during WWII. While the concentration camps are only discussed in this movie, one family puts themselves in danger when they agree to hide a young Jewish man. This film depicts the war from the perspective of a little German girl and may be a appropriate introduction to events for older children.

Slightly older viewers should try The Song of Names. Brought to England as a young boy to escape the German occupation of Poland, Dovidl Rapoport has become a brilliant violinist and has every chance of making it as a professional soloist - until his disappearance. The film follows his adoptive brother Martin as he tries to track down Dovidl, and in the process, confronts the history Dovidl escaped.

Swing Kids puts its audience in a difficult position: As a teen in Nazi Germany, how do you avoid being complicit in the Reich? Three young men, Peter, Thomas, and Arvid, are only interested in the illegal underground jazz scene, but soon find themselves struggling to avoid the recruiting efforts of the Hitler Youth organization. As the war progresses, pressure on the young men increases, and soon they have to make life-changing decisions. 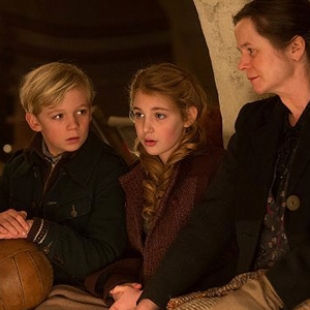 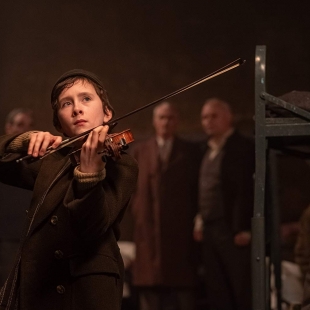 Brought together by war, separated by life, and reunited by music. 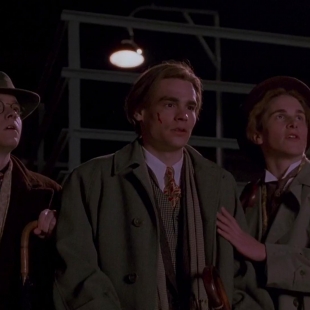 Europe is in flames, but jazz is as hot as ever.