With summer close at hand, we’re all enjoying the chance to get out and enjoy some fresh air, even if we’re still avoiding close contact with our usual social circles. For rainy days or times when you can’t leave the house, we’ve compiled another list of family-friendly movies.

Flushed Away Roddy is a pet rat, living in the lap of luxury in London. When an unwelcome interloper flushes him down the toilet, Roddy winds up in an underground world inhabited by sewer rats and a megalomaniacal toad. Brilliant animation, corny jokes, and a fun story with great messages make this a win-win for family movie night: adults and kids will both love it. PG, Grade: A

Selma Our educational double header this week focuses on the right to vote. Selma gives the backstory to the civil rights march from Selma to Montgomery, Alabama in 1965. With a focus on Martin Luther King, Jr. and the foot soldiers in the civil rights movement, this is an inspiring look at the sacrifices made in the fight to ensure that all Americans could exercise their right to vote, regardless of race. PG-13, Grade: B+

Slay the Dragon What if you are able to vote but your vote is meaningless? Gerrymandering is a practice that draws electoral district boundaries to provide as many “safe” seats as possible. Slay the Dragon examines the problems caused by gerrymandering and how grassroots groups are trying to bring it to an end. A fascinating documentary for teen and adults with an interest in political issues. PG-13, Grade: A-

The Man Who Knew Infinity What sacrifices would you make to obtain an education? In the early 20th century, a young, self-taught mathematical genius named Srinivasa Ramanujan left everything he knew in India for an opportunity to study at Cambridge. His brilliance astounded his peers, but he was to find unexpected challenges in his new environment. If your teens are struggling to remain motivated while studying at home, this movie might be just the thing for them to watch. PG-13, Grade: A-

Rear Window If you’re going crazy trapped in your house, be grateful you’re not LB Jeffries, a globe trotting photographer confined to a wheelchair in his small apartment after breaking his leg. As he tries to numb his boredom by spying on his neighbors through his camera’s telephoto lens, he becomes convinced that one of his neighbors has murdered his wife. A great introduction to Hitchcock’s work, this classic stars Jimmy Stewart and Grace Kelly and is an exciting movie for teens and their parents. PG, Grade: A-

Cool Runnings We usually assume that Jamaican athletes will star in track and field (Usain Bolt, anyone?) But bobsled? This is the hilarious movie based on the true story of the Jamaican bobsled team that competed in the 1988 Calgary Olympics. Laughs all around and solid messages about persisting in the face of repeated roadblocks. PG, Grade: A-

The King’s Speech Prince Albert, Duke of York and second son of King George V has a problem. He’s expected to speak in public on a regular basis, but His Royal Highness suffers from a speech impediment that makes public appearances excruciating. With his father fading fast and his brother pursuing an impossible potential bride, it seems likely that the duke will have to assume the throne. The King’s Speech is a wonderful story of finding the courage to overcome challenges, reach out to others, and do one’s duty at all costs. Parents should note that the movie contains a scene of extreme profanity, which is responsible for its Restricted rating, but we believe it’s an excellent film for teens. R, Grade: A- 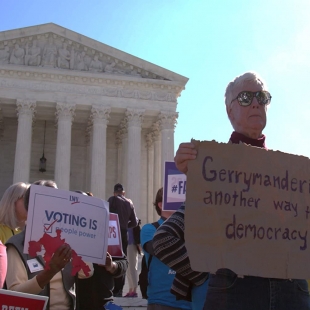