Digital on Demand: An inspiring documentary about grassroots efforts to ensure all votes are created equal.

Digital on Demand: This documentary examines the process of gerrymandering - deliberately distorting the boundaries of electoral districts for partisan advantage - and efforts to ban it.

Violence A-
Sexual Content A
Profanity D
Substance Use B

How much do you value your right to vote? Do you place the same value on the right to vote of your neighbors and fellow citizens? Do you think it’s worth protecting the franchise of every voter, even if you think their values, opinions, or policies are wrong or misguided? Your answer to these questions will predict just how much you enjoy watching Slay the Dragon.

When it comes to politics, electoral redistricting isn’t usually considered a sexy topic. However, when electoral district boundaries are deliberately distorted for the purpose of partisan advantage, that can pose an existential threat to democracy. This practice is known as “gerrymandering” and it is the issue at the heart of Slay the Dragon.

Let’s be clear – gerrymandering is a bipartisan sin in the United States, with both Democrats and Republicans carrying out the practice, traditionally using it to protect incumbent legislators. But in 2010, the Republican State Leadership Committee launched the REDMAP (Redistricting Majority Project) to increase GOP control over state legislatures, giving them the right to draw state and federal electoral districts for the next decade. This effort was spectacularly successful – its combination of big data and technology producing scores of safe seats in state legislatures across the country. Slay the Dragon maps the consequences: the Flint water crisis in Michigan, elimination of collective bargaining in Wisconsin, voter suppression legislation in over a dozen states, and widening polarization in both parties.

The policy conflicts that result from gerrymandering are only a symptom of the deeper problem – nullifying the votes of huge swaths of the electorate. As retired Wisconsin state senator Dale Schultz (R) incisively says, “It represents legislators picking voters, not voters picking legislators.”

Americans have not sat quietly by as their votes have been discounted by this practice. This documentary focuses on two groups trying to de-politicize redistricting. We are introduced first to Katie Fahey, a remarkable twenty-something in Michigan, who poses a question on Facebook looking for anyone else who is frustrated by their warped electoral map. Her efforts snowball and she assembles a grassroots coalition of citizens determined to pass a ballot initiative giving a non-partisan citizens’ commission the power to draw electoral boundaries in a public, transparent process. And in Wisconsin, a group of citizens band together to challenge their state’s skewed electoral boundaries in court. Both groups are in for a fight and the film takes us into the details of their battles, with moments that are both dispiriting and inspiring.

Parents and teachers considering this film for teens will be annoyed by one scene with a handful of swear words, including five sexual expletives, but there is virtually no other content to worry about. On the flip side, there is lots of positive material to celebrate, with depictions of Americans who demonstrate unselfish patriotism, unity, courage, persistence, hope, and a bone-deep commitment to the ideals of democracy. Katie Fahey’s mantra, which comes from her state constitution, is “All political power is inherent in the people.” That’s a principle worth fighting for.

Watch the trailer for Slay the Dragon

Violence: None noted.
Sexual Content: None noted.
Profanity:   The movie contains five sexual expletives, one or two scatological curses, a term of deity and three minor swear words.
Alcohol / Drug Use: People consume alcohol in social settings – with meals and at celebratory parties. No one is depicted as inebriated.

TED-Ed/YouTube: Gerrymandering; How drawing jagged lines can impact an election

The Washington Post: How Redistricting Became a Technological Arms Race

What is being done to end gerrymandering in the US?

The New York Times: In the War Against Gerrymandering, an Army of Voters Meets a Dug-in Foe

Scientific American: The Mathematicians Who Want to Save Democracy

How do other democracies draw electoral boundaries?

The Washington Post: The U.S. could be free of gerrymandering. Here’s how other countries do redistricting.

Ari Berman’s Give Us The Ballot: The Modern Struggle for Voting Rights in America explores the history of conflicts over the franchise from the Voting Rights Act of 1965 to today.

REDMAP and other sophisticated gerrymandering efforts are explored by David Daley in Rat**d: The True Story Behind the Secret Plan to Steal America’s Democracy. Daley has also written about efforts to protect the integrity of the vote in Unrigged; How Americans Are Battling Back to Save Democracy.

Voter suppression efforts, including gerrymandering efforts, are explored in depth by Carol Anderson in One Person, No Vote: How Voter Suppression is Destroying Our Democracy.

The most recent home video release of Slay the Dragon movie is April 3, 2020. Here are some details…

Related news about Slay the Dragon 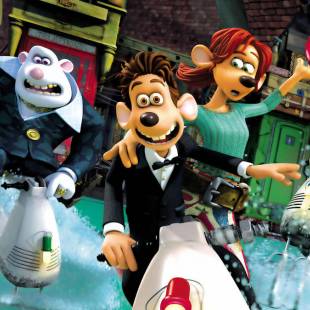