"Selma" explores not only the people behind the incidents and the sacrifices they made, but also the give-and-take required to achieve change in the fight for civil rights.

Why is Selma rated PG-13? The MPAA rated Selma PG-13 for disturbing thematic material including violence, a suggestive moment, and brief strong language.

Every war has its pivotal points. And the

Jimmie (played by Keith Stanfield), his mother (Niecy Nash) and his 82-year-old grandfather (Henry G. Sanders) are among those who attempt a peaceful evening march in Selma, Alabama. When the streetlights suddenly go out, local police begin clubbing the protestors. Jimmie and his family try to take refuge in a diner but police follow them inside, shooting Jimmie in the stomach while he tries to protect his mother.

Several days after Jimmie’s death, civil rights leaders organize a march from Selma to Montgomery to protest the local rules that keep African Americans from registering to vote—something Jimmie tried to do on several occasions. Yet as the participants cross Selma’s Edmund Pettus Bridge they are met by armed officers and violently attack with batons and tear gas. Images of the beatings are captured by the national media and broadcast live on television, sparking an outcry across the country. (Two weeks after Bloody Sunday, as that day became known, marchers once again set out for Montgomery. After successfully completing the 5-day 54-mile walk, they try to deliver a petition to Governor George Wallace but are not allowed inside the government building.)

Best suited for older teens and adults, this movie portrays the often-bloody and even deadly interactions between protestors and police. Men and women are beaten repeatedly. Shots are fired and tear gas is used. As well, the script contains at least two strong sexual expletives along with other profanities, a crude hand gesture shown in some archival footage and racial slurs.

Tackling these turbulent historical events, Selma explores not only the people behind the incidents and the sacrifices they made, but also the give-and-take required to achieve change in the fight for civil rights.

Watch the trailer for Selma

Why is Selma rated PG-13? Selma is rated PG-13 by the MPAA for disturbing thematic material including violence, a suggestive moment, and brief strong language.

Violence: Racial tensions are depicted that include intimidation, threats, beatings, whippings, and shootings. Men with clubs attack protestors: some are beaten to death. Tear gas is used to subdue protestors. A character is shot and killed. An explosion at a church kills four young girls. Characters are punched in the face. Groups of protestors are attacked on several occasions. Other moments of non-graphic violence and frightening scenes are portrayed.

Sexual Content: Characters listen to the recorded sounds of sexual activity. A woman questions her husband’s fidelity. A couple kisses. Some brief crude content and sexual references are included.

Alcohol / Drug Use:A character smokes in at least one scene.

Learn more about this civil rights march and its impact on history.

From the Studio: “SELMA” is the story of Dr. Martin Luther King, Jr.’s historic struggle to secure voting rights for all people – a dangerous and terrifying campaign that culminated with the epic march from Selma to Montgomery, Alabama, and led to President Johnson signing the Voting Rights Act of 1965. The film’s release will celebrate the 50th Anniversary of the landmark legislation. - Paramount Pictures

Although African Americans had the right to vote, how do local voting authorities keep them from registering? Why were the officials worried about African Americans voting? Why do the governor and president point fingers at each other when it comes to dealing with this problem?

How does media coverage play into the events depicted in this movie? How do the images portrayed on the television impact the silent majority of Americans? How do different causes today use television, print and social media to garner support for their cause?

In addition to voting, what other needs are discussed in this film? How can issues of poverty, illiteracy and unemployment be addressed?

There are many books written about the Civil Rights Era, however the story of the death of Jimmie Lee Jackson is important within the context of the movie Selma. Jimmie Lee & James: Two Lives, Two Deaths, and the Movement that Changed America is the untold, true story behind the historic 1965 voting rights march from Selma to Montgomery. Ta-Nehisi Coates' book "Between the World and Me" is a valuable resource in seeing how the African-American experience has changed in the years since, and the dangers now faced by black youth.

The most recent home video release of Selma movie is May 5, 2015. Here are some details…

Lee Daniels’ The Butler (which also stars Oprah Winfrey) covers similar historical events. Lincoln shows an earlier attempt by the US government to abolish slavery in the South. And Mandela: Long Walk to Freedom follows a similar fight that occurred in South Africa. 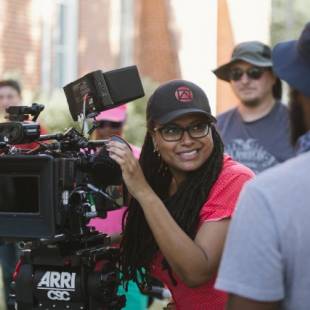 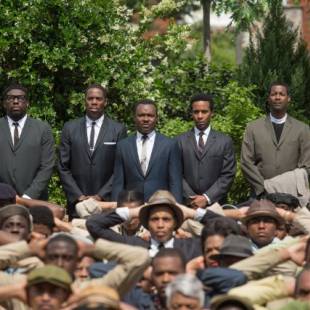 Home Video Releases for May 5