The Nicholas Sparks’ movie The Longest Ride offered a less adrenaline packed option for audiences who didn’t want to see Furious 7 on the weekend. But it only managed to grab the third spot on its opening weekend earning only $13 million.

However, Scott Eastwood likely isn’t the reason the film didn’t do better. The 29-year-old actor already has a long list of film credits in movies like Gran Torino, Invictus, Trouble With the Curve and Fury. He made his film debut in Flags of Our Fathers. But he wasn’t always sure that acting was what he wanted to do even if his father is Clint Eastwood.

For the younger Eastwood, there haven’t been any free rides. In a PEOPLE interview he is quoted as saying, “I’ve had a job since I can remember. My first car was a ‘91 Ford Crown Victoria that was $1,000. And I had to buy every car after that. I had to do it all.” Scott also credits his father for getting him into the gym at a young age and encouraging a healthy lifestyle. However, he can’t count on getting a movie role just because his dad is directing a movie. He snagged the role in The Longest Ride after missing out on a part in his dad’s movie American Sniper.

However Eastwood is hoping his role as a bull rider in The Longest Ride will help launch his career as a leading man in the same way The Notebook made Ryan Gosling a household name. 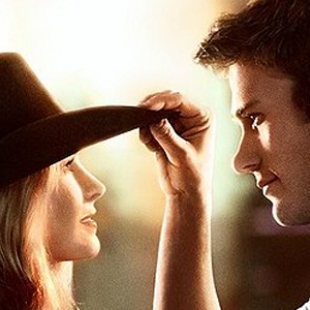