A movie that will have you on the edge of your seat, "American Sniper" offers a valid look at the tensions felt on the other side of the globe while a loved one fights on the front lines.

Chris Kyle (played by Bradley Cooper) is a man with amazing skill with a rifle. Based on a true story, this movie follows his life as he serves his country as a Navy SEAL.

As a young boy Chris Kyle (Cole Konis) sat at the family dinner table after having used his fists to defend his younger brother (Luke Sunshine) from a bully on the playground. It was then his father (Ben Reed) explained that there were three kinds of people in the world: Sheep—who don’t believe evil exists. Wolves—the predators who commit evil. And sheepdogs—those who are blessed with the bravery to protect the world from evil. His analogy sticks.

Years later, after watching the 1998 terrorist attacks on US embassies, Chris (now played by Bradley Cooper) determines to be a sheepdog and defend his country. This goal lands him in the Navy SEALS where intensive training reveals he has an amazing talent for aiming a gun.

When the United States begins military exercises in Iraq, Chris rapidly becomes known for his sniping abilities. Perched on the rooftop of a bombed out building, the sharpshooter is given the duty of “overwatch”—the guy perched up high where he can keep his eye on the streets and quickly dispense of any insurgents set on causing harm to the Marines working below. His steady trigger finger is credited with saving the lives of countless American servicemen, many of whom refer to him as The Legend.

Meanwhile back in America, Chris’s pregnant wife Debby (Elise Robertson) isn’t as appreciative of her husband’s valor. During a satellite phone call home, his vehicle suddenly comes under attack. All she can hear is the sound of screaming and artillery. When Chris does return on his next leave, she confronts him about his personal safety and questions his continued motivation to serve—which he claims he does to protect her.

Definitely a movie that will have you on the edge of your seat for much of its running time, American Sniper offers a valid look at the tensions felt on the other side of the globe while a loved one fights on the front lines. Clint Eastwood demonstrates his directing finesse and his ability to intercut tense war drama with tenuous domestic stress.

Obviously the film’s violent content will be a factor in determining if it may be suitable for the oldest of teens. Various scenes show people being shot, beaten, and tortured, with realistic blood effects. Others portray soldiers forcibly entering people’s homes, and the bombing of a military vehicle full of personnel. One of the most disturbing moments depicts a man using an electric power drill to kill a young boy before shooting his father and mother. (The later survives, but her arm is partially dismembered.)

As well, there are well over one hundred uses of the sexual expletive in the script. Utterances of scatological slang, crude anatomical terms and religious exclamations are also frequent. Sexual content includes moments of sensuality, a brief discussion between a husband and wife, and a scene where a man comes home to discover his girlfriend in bed with someone else (we see her partially clothed).

The movie is based on Chris Kyle‘s own published account of his heroics. While there is some speculation about its accuracy, his actions are certainly still worthy of recognition. Yet concerns about American Sniper‘s barrage of bullets, bodies and bad language may have parents, looking for an honorable military example on film, setting their sites elsewhere.

Violence: Many scenes of military conflict depict violent acts in a realistic manner, with detail and blood effects. Multiple people, including women and children, are shown on screen being shot, killed and injured. Scenes depict soldiers forcibly entering homes and threatening family members. A man tortures a boy with an electric power drill (we see him press it to the boy’s leg) and eventually kills the boy by drilling into his head—the man later shoots the boy’s father and dismembers his mother’s arm. The crosshairs of a gun are aimed at young boys when they appear to be considering violent actions against US troops. A schoolyard bully physically hurts a smaller boy until another boy steps in and punches him. Couples verbally argue. Rodeo violence is depicted. A shirtless man has a dartboard drawn on his back and another man throws darts at him, which penetrate his skin.

Sexual Content: Sexual relationships are implied. A man discovers his girlfriend in bed with another man—no sexual activity or explicit nudity is seen. In a few scenes, a married couple is depicted in sensual situations (again, no nudity or sexual activity is shown). A brief sexual discussion is heard, along with talk about pregnancy.

Language: Frequent use of the sexual expletive (over 100 times), along with other sexual references, scatological slang, crude anatomical terms, religious exclamations and ethnic slurs.

Alcohol / Drug Use: Two characters challenge each other to a shot drinking competition in exchange for answering questions. Other scenes depict social drinking. A character chews tobacco.

This movie is based on the life of Chris Kyle and his book, also called American Sniper.

Chris Kyle met an untimely death after he left his military service. There are also questions in the media about his “unverifiable legacy”.

From the Studio: From director Clint Eastwood comes “American Sniper,” starring Bradley Cooper as Chris Kyle, the most lethal sniper in U.S. military history. But there was much more to this true American hero than his skill with a rifle. U.S. Navy SEAL sniper Chris Kyle is sent to Iraq with only one mission: to protect his brothers-in-arms. His pinpoint accuracy saves countless lives on the battlefield and, as stories of his courageous exploits spread, he earns the nickname “Legend.” However, his reputation is also growing behind enemy lines, putting a price on his head and making him a prime target of insurgents. Despite the danger, as well as the toll on his family at home, Chris serves through four harrowing tours of duty in Iraq, becoming emblematic of the SEAL creed to “leave no man behind.” But upon returning home, Chris finds that it is the war he can’t leave behind. © Warner Bros

The most recent home video release of American Sniper movie is May 19, 2015. Here are some details…

Clint Eastwood, who directed this movie, also helmed Grand Torino, the story of another war vet and Letters to Iwo Jima, a look at WWII from the Japanese side of the battlefield. 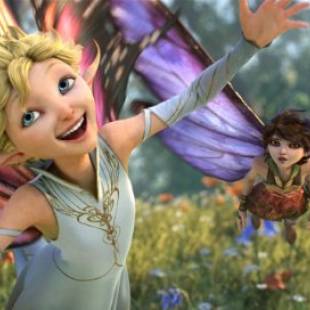