Born in Brooklyn, New York in 1920, Mickey Rooney began acting with his parents on the vaudeville stage when he was only 17 months old. It was the start of a stage, television and movie career that would last for decades. Sadly, his rollercoaster profession came to an end when the actor died April 6, 2014 at his home in California.

Rooney appeared in his first film in 1926 and went on to become a famous child star when he played opposite Judy Garland in a string of musicals. He later appeared with a young Elizabeth Taylor in the movie National Velvet (1944). In 1940, he became the first teenager to be nominated for an Oscar for his role in the 1939 movie Babes in Arms. During his lifetime he won three other Academy Award nominations for his roles in The Human Comedy (1943), The Bold and the Brave (1956) and The Black Stallion (1979). In 1982 he received an Honorary Oscar for “60 years of versatility in a variety of memorable performances.”

Rooney also signed up for the service in 1944 during World War II and went on tour entertaining the troops and working on the American Armed Forces Network. After the war he returned to Hollywood and appeared in a number of movies including Breakfast at Tiffany’s with Audrey Hepburn. Among his other movie credits (he has 340 according to imdb.com), Rooney played both comedic and dramatic parts in a number of movies aimed at family audiences including:

The Fox and the Hound

Babe: Pig in the City.

Lady And The Tramp 2: Scamp’s Adventure

Rooney appeared as a regular in four television series between 1954 and 1993 as well as taking parts in Walt Disney’s Wonderful World of Color, Murder She Wrote and numerous other TV programs. He also starred on stage with Eartha Kitt in the Wizard of Oz at New York’s Madison Square Garden. During this time, the actor made the trip to the altar eight times, marrying his first wife, actress Ava Gardner, in 1942 and his last wife, Jan Chamberlin, in 1978.

While there were many ups and downs in the career of this the talented actor, his later years were spent 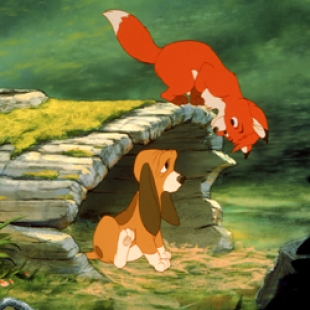 The Fox And The Hound

Too young to know they can't be friends. 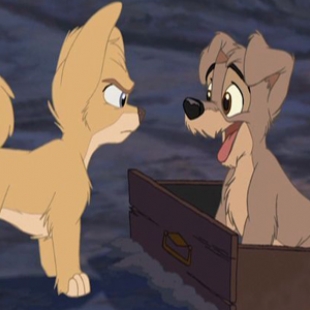 Lady And The Tramp 2: Scamp’s Adventure 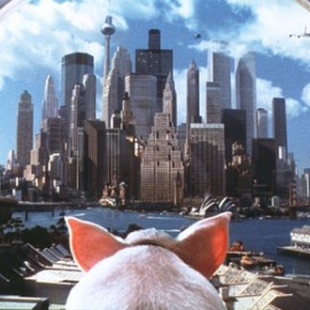 Babe: Pig In The City 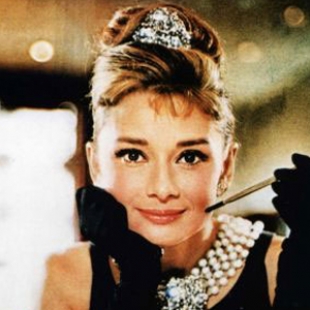 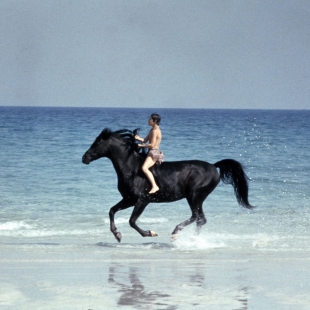 A boy's best friend is his horse.