There’s a lot coming to Netflix this month, including several original productions. Netflix hasn’t provided a lot of detail on some of these films; we’ll post information on our site as it becomes available. Reviews for original movies will be posted on the day the films are streamed.

An Education. When a teenager falls for a debonair playboy, she gains an education in the painful realities of life. PG-13, Grade: D+

Death at a Funeral. A family funeral erupts into mayhem when feuds, arguments and family skeletons come to light. Restricted. Content list only.

Dennis the Menace. A live action version of the old time comic strip follows the antics of the irrepressible five year old as he brings a crook to his knees. PG, Grade: C+

Hardcore Henry. This movie puts viewers in the place of a first person shooter named Henry. Henry suffers from amnesia after being brought back to life as a cyborg but he needs to destroy whoever is trying to kill him. Restricted. Content details only.

Jurassic Park. The classic film about playing God. A wealthy entrepreneur has used advanced science to produce live dinosaurs from fossils. But the theme park he builds doesn’t quite go to plan. PG-13, Grade: B

Jurassic Park II: The Lost World. There’s a second island where dinosaurs were recreated. A big game hunter is heading there to capture a T-Rex so he can start his own dino park in San Diego. PG-13, Grade: C

Jurassic Park III. A boy’s been lost on Sorna, the island populated by dinosaurs, and now the intrepid scientists have to find him. PG-13, Grade: C

A Knight’s Tale. A poor peasant boy dreams of becoming a knight. When his master dies, the young lad dons his armor and begins to chase his own dream. PG-13, Grade: B-

Mr. Deeds. When a pizzeria owner learns that he’s inherited $40 billion, he has to deal with the corporate vultures who are trying to manipulate him. PG-13, Grade: C-

The NeverEnding Story. As a grief-stricken boy becomes involved in the storyline of a magical book, he finds the ability to confront the challenges in his own life. PG, Grade: B-

Nights in Rodanthe. When unhappily married Adrienne agrees to run her friend’s B&B for a weekend, she has no idea she’s going to meet a handsome guest…PG-13, Grade: C-

Ocean’s Twelve. With their past thefts catching up to them, Danny Ocean’s gang is committing new crimes to pay back one of their victims…or else. PG-13, Grade: C

Remember Me. Haunted by his brother’s suicide and estranged from his wealthy father, Tyler is drifting morosely through life until he gets beaten by the police. His plan for revenge has life changing results. PG-13, Grade: C+

Seabiscuit. A group of misfits band together to train and race Seabiscuit in this Depression-era horse-racing movie. PG-13, Grade: B+

The Ugly Truth. TV producer Abby is unlucky in love. When one of her stars starts to give her relationship tips, he becomes more involved than he anticipated. Restricted. Content details only.

Pick of the Litter: This documentary follows puppies who are trained to become guide dogs. This original Netflix movie will be reviewed on August 3rd.

Work It: This comedy follows a group of college students who get together to challenge the best dance squad in the school. The challenge? The underdogs don’t know how to dance. Netflix Original.

The Promise.A lover’s triangle between a Turkish medical student, an American journalist, and an Armenian artist would be difficult at the best of times. But the days right before World War I in Constantinople are not the best of times. PG-13. Content details only.

Nightcrawler. An amateur photographer’s been selling real crime photos, but then he loses his perspective…Restricted. Content details only.

Mr. Peabody & Sherman. A genius dog and his boy are in for some adventures when they take a time machine out for a spin. PG, Grade: B

Fearless: When three superhero infants emerge from a video game, a teenager has to babysit them. This original Netflix film will be reviewed on release date.

Johnny English. This spoof sees the titular English spy bungling his way through his mission to regain the crown jewels. PG, Grade: B-

Les Miserables. The award winning musical gets the all star treatment in this Hollywood remake. When an ex-convict decides to make a new life for himself, he gets swept up in the turmoil of the 1832 June Rebellion in Paris. PG-13, Grade: B

Seventh Son.The seventh son of a seventh son is supposed to be lucky. And that’s why Master Gregory wants to have his new apprentice help him fight the evil witch, Mother Malkin. PG-13, Grade: B-

The Crimes that Bind. When her son is convicted of attempted murder, Alicia swears to do whatever she can to keep him out of prison. Netflix Original.

The Sleepover: Two siblings are shocked to discover that their mother is in the witness protection program. When she’s forced to commit one more crime, the kids leap to the rescue. Netflix Original.

Unknown Origins: Cops work with geeks to trap a killer who is mimicking superhero origin stories. Netflix Original from Argentina.

Casino Royale: 007 is on the case. In Daniel Craig’s first time in the role, he’s taking down a financier for freedom fighters and terrorists.

Quantum of Solace: On Her Majesty’s Secret Service, James Bond is hopping from Italy to Haiti and on to Bolivia, seeking vengeance for his betrayal in Casino Royale. PG-13, Grade: C+ 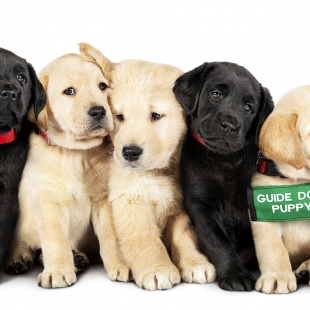 They really are man's best friend. 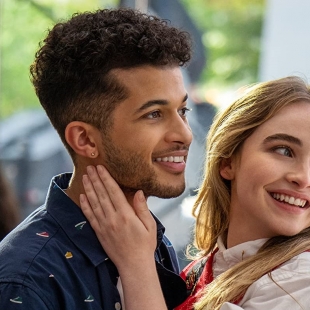