A predictable but pleasant story and a moderate level of content issues make this underdog dance pic suitable for teen viewers.

Netflix: Quinn needs more extracurricular activities for her college applications so she tries to get on her school's championship dance team. Failing at her attempt, she starts her own dance group. There's just one problem - she can't dance.

Violence B+
Sexual Content C+
Profanity C+
Substance Use A

For years, Quinn Ackerman’s (Sabrina Carpenter) life has been focused on a single goal – getting into Duke University. To that end, she has methodically ticked all the boxes. She’s got a 4.0 average, she plays the cello, she volunteers at a nursing home, and she runs the lights for the school dance team, the Thunderbirds. Or at least, she did until a mishap resulted in flying sparks and burning hair and her dismissal from the AV room. This could have been a minor problem were it not for the fact that Duke’s admissions officer (Michelle Buteau) believes that Quinn is a Thunderbird. Feeling her dream slip out of reach, Quinn plays along with the woman’s error and pretends that she is a dancer. Now, she needs to become one…

Since Quinn dances like the stereotypical middle-aged suburban dweller, she fails the tryouts for the Thunderbirds. But this teen doesn’t let reality stand in the way of her future plans. Deciding to form her own dance team, Quinn ropes in her best friend, Jas (Liza Koshy), who’s a star dancer on the Thunderbirds, and a bunch of atypical dancers – the goth girl, the mixtape maker, the soccer player, etcetera. Then Quinn goes on the hunt for a choreographer and lands on Jake Taylor (Jordan Fisher), a retired school dance champ with an injured knee. Quinn might not be able to dance, but she rocks at research and persuasion.

Work It provides nothing new in the world of the underdog dance movie. We all know, from the very beginning, how this story is going to work out, Luckily, the movie does provide plenty of positive messages along the way to its pitch perfect ending, stepping into themes of friendship, loyalty, honesty, perseverance, hard work, responsibility, and planning for the future while remaining flexible. The production’s commitment to diversity is particularly notable, not only through its multi-ethnic cast but also a riveting scene involving disabled dancers.

As for negative content, Work It is cleaner than most films aimed at teen audiences but there are still some issues that won’t please parents. After an angry outburst, Quinn angrily grabs the car keys and drives off, even though she doesn’t have a driver’s license. There is also a scene where a dancer’s erection is clearly visible through his pants – and this is an important plot point which is commented upon. Young couples kiss and a young woman frequently daydreams about a man’s bare chest. Religious viewers will also be unamused by a scene where Quinn prays to Beyoncé.

More significant than these obvious content issues is the main driver of the story – that Quinn uses other people to reach her personal goals. Talking Jas into leaving the reigning state championship team could damage her chances of getting into the dance program she’s dreamed of for years. And Jake winds up losing his job thanks to his involvement with Quinn’s team. Quinn eventually realizes the cost of her choices, and somehow retains the friendship and affection of her fellow dancers. Perhaps the best takeaway from this movie isn’t that novices can miraculously catch up to experienced dancers, but that our hearts beat to the rhythm of friendship, empathy, and forgiveness.

Watch the trailer for Work It

Violence: An elderly man dies and his covered body is shown being wheeled into an ambulance. A teenager bumps into and accidentally breaks a statue.
Sexual Content: A man’s erection is visible through his pants and is an important plot point. A teenage girl and slightly older man kiss on several occasions. A young woman repeatedly fantasizes about how a young man would look without his shirt on. There is a lot of innuendo about shopping for mattresses. A past sexting episode is briefly mentioned. Provocative dance moves are seen on a few occasions.
Profanity: There are over two dozen profanities in the film, including 14 terms of deity, 7 scatological curses, and a smattering of minor curse words and anatomical terms.
Alcohol / Drug Use: None noted.

Why doesn’t Quinn correct the admission officer’s mistaken assumption about her dancing? Why is she so desperate to get into Duke? Have you ever wanted something so badly that you were willing to be dishonest to get it? How else could Quinn have handled the interview? Do you think it would have cost her admission to Duke? What would you have done in her place?

The most recent home video release of Work It movie is August 7, 2020. Here are some details…

In Netflix's Feel the Beat, a young woman loses her spot in a Broadway production. Returning to her small home town, she uses the children in a dance school as a way to restart her career.

High Strung Free Dance features a young woman who’s desperate to make it as a professional dancer. Cast for a new show, she finds herself torn between the handsome producer and the sensitive pianist.

Teens throw themselves into the annual school play in High School Musical.

Related news about Work It 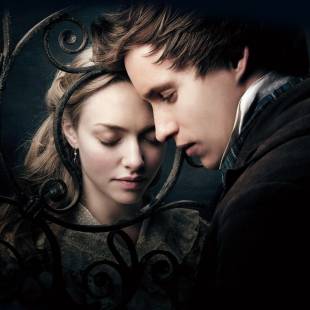