Here’s our list of family-friendly film fare coming to Disney+ in July.

Hamilton: This blockbuster Hollywood production comes to the big screen just in time for the 4th of July. This isn’t a movie adaptation; it’s a film of the stage musical. Our review will be posted on July 2nd. PG-13

Ice Age: Collision Course: The fifth in the Ice Age series, this tired film is based on the truly unbelievable premise that Scrat has managed to aim a meteor at earth. Now the prehistoric critters need to fnd a way to save the planet. PG, Grade: C+

Race to Witch Mountain: Dwayne “The Rock” Johnson brings his usual charm to this 2011 remake of the 1965 film, Escape to Witch Mountain. Featuring siblings with supernatural powers, the movie stars Johnson as the cab driver who helps the kids avoid the usual crew of federal agents and bad guys who are out to get them. PG, Grade: B

The Big Green: This soccer movie is based on the story of a British school teacher who comes to Texas on an exchange program. In an attempt to improve the all-round failing school, she coaches the soccer team, with predictable results. PG, Grade: C+

The Mighty Ducks: Another underdog sports movie, this movie tells the tale of a group of street kids who want to play hockey – but they need a coach. Lawyer Gordon Bombay needs a community service project to stay out of jail for impaired driving. Guess what happens next? PG, Grade: B

Solo: A Star Wars Story. This prequel in the Star Wars universe takes us back to the early life of Han Solo. The wannabe flyer is trapped in a world of gangs and violence – until he seizes his opportunity to leave the planet and train with the imperial troops. As the old saying goes, “Be careful what you wish for…you might get it.” PG-13, Grade: B

Diary of a Wimpy Kid: The Long Haul. The fourth in the Wimpy Kid franchise, this movie takes Greg and his family on a road trip to a family reunion. Greg, of course, has his own agenda that has more to do with a video game convention than family togetherness. PG, Grade: B-

Black is King. This “visual album” by Beyonce is inspired by The Lion King. Using song and images from black history, it plays on the themes of The Lion King to tell a young man’s story and to help viewers appreciate the power of Black identity. Unrated

The Incredibles 2: Everyone’s favorite family of superheroes is back for a second adventure. This time, Mr. Incredible stays home with the kids while Elastigirl takes on a bad guy who is using TV screens to hypnotize everyone. PG, Grade: B 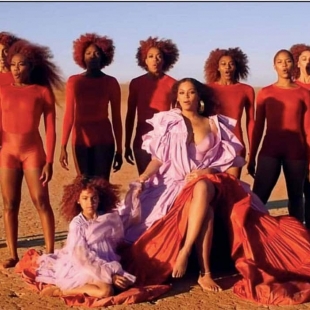 I just can't wait to be king! 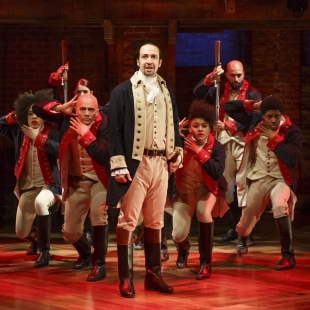 History has never had such rhythm.