The movie's "art house" ambience puts it over the heads of young viewers - and probably some adults too.

Disney+: This "visual album" by Beyonce tells the story of a young black man whose struggles to reclaim his rightful place on the throne mirrors the story of "The Lion King".

Violence A
Sexual Content A
Profanity A
Substance Use B+

Somewhere in Africa, a young king is left to fend for himself in a big, cruel world. As he travels, he encounters strange people and stranger experiences, before realizing that perhaps his home has more to offer than the wild world…

Following her appearance as Nala in Disney’s 2019 remake of The Lion King, Beyoncé produced a companion album titled The Lion King: The Gift, featuring original music from a huge array of black artists and creators. Black is King is a visual presentation of that album, including some of the original dialogue excerpts from The Lion King. Ahh, the circle of life.

Being tied into The Lion King seems to indicate that this is a film for younger audiences, but that isn’t really the case. The production isn’t inappropriate in any way, but I don’t think it is written or shot at a level that children are going to enjoy. As is usually the case with visual albums, there is an “art film” ambience. There is a plot and a story, but they aren’t delivered in a way that’s going to be obvious for kids. Everything is beautiful and meaningful, but abstract and occasionally referential, which seems to tilt the film towards an older audience. Beyond the difficult abstractions, there are also some scenes which can be a little intense, with ominous masked figures and flashing lights. Again, interesting and worth watching – just not for young kids.

Black is King is very much a celebration of black music, black culture, black lives, and black excellence. Beyoncé determinedly showcases people of color in the music industry, the natural beauty of Africa, and the contributions of people from that continent to the world of art. The stunning cinematography and choreography are fascinating and brilliantly complement the music. It’s also really cool to hear some of the verses in a variety of African languages (including but not limited to Zulu, Swahili, and Xhosa). For me, it nodded to some of the film’s themes of individuality and responsibility beyond nationalism – promoting blackness regardless of country or language. It’s a message well worth watching – even if you’re not a big Beyoncé fan.

Watch the trailer for Black is King

Violence: None.
Sexual Content: None.
Profanity: None.
Alcohol / Drug Use: Background characters are seen with pipes.

What do you know about your family’s heritage? What legacy have your ancestors left for you?

The most recent home video release of Black is King movie is July 31, 2020. Here are some details…

Black athletes are celebrated in a number of films. Race tells the story of sprinter Jesse Owens, who aimed for gold medals in the 1936 Olympics – which were held in Nazi Germany. 42 highlights the career of Jackie Robinson, who integrated major league baseball. The first African American to win the Heisman Trophy was Ernie Davis. His story is told in The Express. Four Jamaican athletes imagine the impossible and become the first to represent their Caribbean nation in the Winter Olympics. Their true (and hilarious) story is told in Cool Runnings.

The impact of black performers is undeniable. For movies that celebrate their contributions you can watch Ray, the story of blind musician Ray Charles. The documentary Amazing Grace airs a church concert by legendary singer Aretha Franklin. Green Book recounts a Southern concert tour by classical pianist Dr. Don Shirley. The early career of Diana Ross is fictionalized in the movie Dreamgirls.

Black Americans have made contributions beyond sports and entertainment. Hidden Figures recounts the experiences of the women whose mathematical skills made NASA’s space missions possible. Just Mercy documents the beginning of Bryan Stevenson’s decades-long fight against wrongful conviction and the death penalty. Marshall introduces Thurgood Marshall to the big screen: the NAACP lawyer would later become the first African American justice on the Supreme Court of the United States.

Related news about Black is King 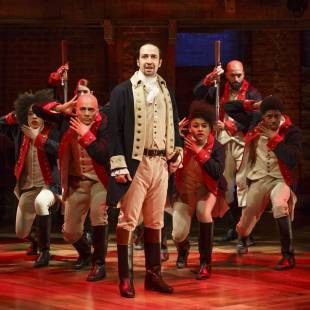