Did any particular actor impress you over the course of 2019? Do you have a favorite heading into the Academy Awards?

If you’re wondering which movies you still want to watch prior to the big night, check out our reviews of the films whose cast members have a shot at the acting world’s most coveted golden statuette.

Best Actress in a Leading Role

Cynthia Erivo is nominated for her role as Harriet Tubman In Harriet. We consider her role one of the best performances of the year, in a superb family film, highly recommended for teens.

Renée Zellweger delivers a heartfelt performance as Judy Garland in the biopic, Judy. Not suited for kids, we think this is an excellent movie for adults who appreciate strong dramatic performances.

Charlize Theron undergoes a remarkable transformation in her role as Megyn Kelly in Bombshell. With excessive levels of profanity, we don’t recommend this film for teen viewers, but we believe it has an important message about sexual harassment.

Best Performance by an Actress in a Supporting Role

Scarlett Johansson has two shots at an Oscar; her second being as the Nazi-defying mother in Jojo Rabbit.

Kathy Bates plays the mother in Richard Jewell and shines as she fights for her son.

Laura Dern steals the show as the conniving divorce lawyer in Marriage Story.

Florence Pugh is nominated for her role in Little Women, but our editor found her performance unsatisfying.

Margot Robbie depicts a vulnerable young Christian employee in Bombshell, who sees her illusions shredded when she is harassed by Roger Ailes.

Best Actor in a Leading Role

Jonathan Pryce is dazzling in his turn as Jorge Bergoglio (the future Pope Francis) in The Two Popes.

Joaquin Phoenix plays The Joker with unhinged menace, in a film that ultimately feels hollow.

Adam Driver watches his life unravel along with his marriage in Marriage Story.

Leonardo DiCaprio stars as a fading movie star in Quentin Tarantino’s violent, glossy Once Upon a Time…In Hollywood.

Antonio Banderas stars in Pain and Glory, which was not reviewed by our website.

Best Performance by an Actor in a Supporting Role

Tom Hanks brings empathy and compassion to his role as Fred Rogers in one of our favorite movies of the year, A Beautiful Day in the Neighborhood.

Another of our favorites, The Two Popes, also gives Anthony Hopkins a brilliant role as Pope Benedict XVI.

Brad Pitt has yet another shot at the golden statuette with his role as a stunt double in Once Upon a Time…In Hollywood. 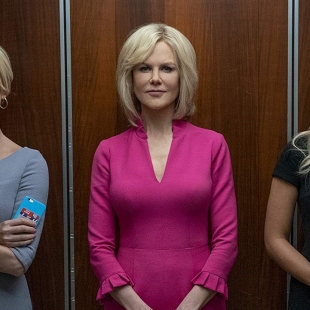 Fox News loves a scandal - until they have one of their own. 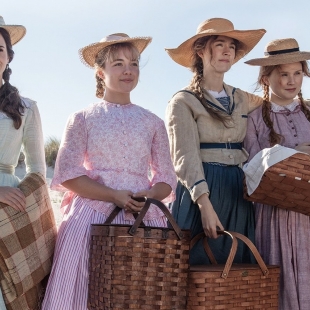 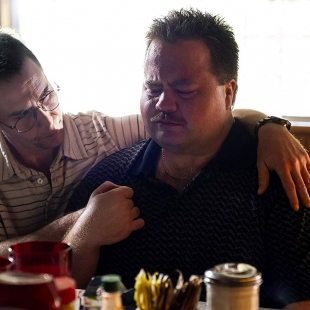 He's stalked by the only thing more powerful than the FBI...the news media. 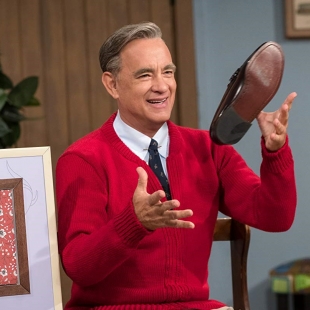 Please, won't you be my neighbor? 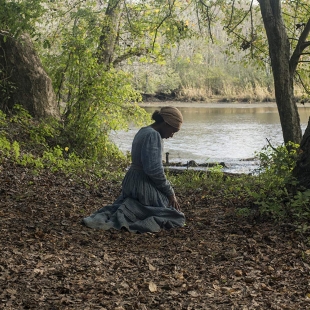 "There was one of two things I had a right to, liberty, or death; if I could not have one, I would have the other" 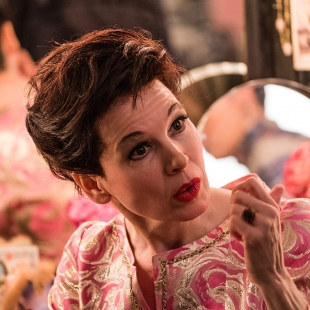 If I only had a stable career. 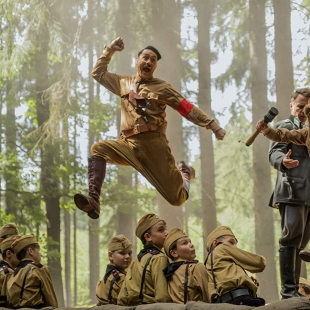 Humor can be found in dark places. But Nazi Germany? 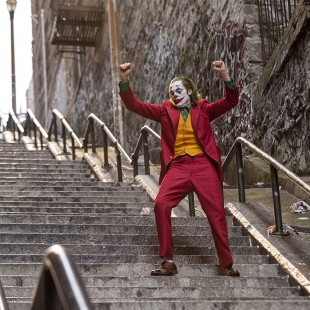 Laugh, and the world laughs with you. Commit dozens of homicides, and it just kind of...watches you. Warily. 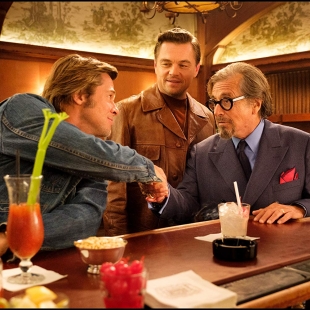 Once Upon a Time…In Hollywood

The end of the Golden Age of Hollywood studios as brought to you by the most successful indie director of the century.