Unfortunately, the violence of the action distracts from the message of the movie, which seems to be that a simple decision can change the course of history.

A present threat to both humans and mutants has the X-Men sending Wolverine (Hugh Jackman) back to a past time in the hopes of circumventing a future calamity.

In the prequel, X-Men: First Class, audiences went back in time to meet the mutants in their early years before a young Charles Xavier (James McAvoy) and Erik Lehnsherr (Michael Fassbender) parted ways. To be honest, I should have re-watched it before seeing X-Men: Days of Future Past. Keeping all the mutants straight is difficult enough for me. It gets even trickier when both the old and young versions of the characters share the screen.

As the title of this latest X-Men adventure suggests, this movie is a combination of the past and future, thanks to Kitty Pryde’s (Ellen Page) ability to send mutants back in time—or at least their consciousness. And it’s a necessary journey. The mutants have nearly been wiped out due to a robotic army of Sentinels created by Dr. Bolivar Trask (Peter Dinklage). His experimental soldiers were perfected after Trask was killed by Mystique (Jennifer Lawrence) in the 1970s. Following the murder, the blue-skinned mutant was captured and subjected to DNA experimentation that allowed the government to develop the ability to hone in on all mutants, whatever their form.

Decades later, many of the mutants have been killed. And those who are not dead are being hunted down. To change the course of history, the much matured Charles, now known as Professor X (Patrick Stewart) and Erik, now known as Magneto (Ian McKellen), want to travel back in time and stop Mystique from shooting Trask. Unfortunately neither of the men can withstand the transportation. That’s where the perpetually scowling Wolverine (Hugh Jackman) steps in. (He says he’ll do it because he can continually heal himself and thus withstand the side effects of time travel. I think the filmmakers chose his character because his mutton chop sideburns help him blend into the hippie subculture of that era.)

Whatever the reason he volunteers, Wolverine discovers he can’t stop Mystique on his own. He needs the help of Charles and Erik. Unfortunately at this point of their life cycle the two men aren’t on speaking terms, and Erik is in a high security prison cell 100 stories below the ground level of the Pentagon complex.

To get him out, Charles and Wolverine employ the speedy skills of Quicksilver (Evan Peters). But even when Charles and Erik consent to work together, Mystique refuses to change her mind about killing Trask. That of course gives the mutants and humans free rein to slaughter one another. Like previous X-Men movies, this one packs one punch after another, along with scenes of graphic and gruesome violence. Characters are incinerated, drowned, choked, frozen, decapitated, stabbed and impaled. To deal with the physical and emotional pain of these events, some characters turn to alcohol, smoking and injections (supposedly of a medically developed serum).

Unfortunately all this violent action also distracts from the message of the movie—which seems to be that a simple decision can change the course of history. In this case, one choice has an incredible impact 50 years later (and apparently erases every storyline we’ve seen so far). While most decisions won’t have those kind of far reaching ramifications, the script still underlines the importance of individual choices. For many parents, deciding whether or not to let their kids hang out with these X-Men may be one of those choices they will want to make carefully.

Violence: The movie includes frequent and sometimes graphic depictions of torture and killing. Characters are choked, punched, stabbed, thrown, burned, decapitated, impaled and crushed—with some detail and blood shown. Characters also engage in hand-to-hand fighting. Explosions and extensive property damage are seen in a futuristic setting. Characters transform or use their mutant powers to fight others. Piles of dead bodies are shown. Characters use guns and other weapons to kill or disarm others. A woman holds a knife to a man’s neck. Numerous characters are killed.

Sexual Content: A man is shown in bed with a woman (his bare buttocks are exposed when he climbs out of bed). A character is shown in a body exposing blue costume. Some sexual innuendo and references are included. A man invites a woman to take her clothes off.

Language: The script contains a strong sexual expletive and slang word for sex, along with some scatological expletives, mild profanities and terms of Deity.

Alcohol / Drug Use: Characters smoke in both a historical and futuristic setting. A character drinks to deal with physical and emotional pain. A character injects himself with a medically developed serum. Brief references to illegal drugs are made.

This movie tries to tie the X-men into the assassination of John F. Kennedy. Learn more about the real history of the US President’s death in 1963.

As is often the case, the future of our society is depicted as dismal and doom-laden. Why do you think movies portray that situation more often than a positive one? As a society, are we on a downward spiral that will take us there? Are you hopeful or pessimistic about the future?

What does Professor X mean when he says his pain has been his greatest gift? How can hardships actually benefit us? What pain does Wolverine endure for the sake of others? Why do you think he is willing to do that?

Do you think daily choices will have an impact on your future life? If so, what kinds of decisions do you think will have the most lasting consequences?

The most recent home video release of X-Men: Days of Future Past movie is October 14, 2014. Here are some details…

The events surrounding the assassination of John F. Kennedy are depicted in the movie Parkland.

The X-men have become a popular and prolific franchise. Other movies in this series include: X-Men, X2: X-Men United, X-Men 3: The Last Stand, X-Men Origins-Wolverine and X-Men: First Class.

Related news about X-Men: Days of Future Past 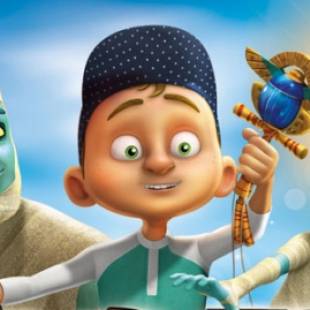