It's frustrating that an inspiring true story feels so fake on the big screen.

Disney+: Ray McElrathby is a freshman football player at Clemson University, but he has bigger concerns: he's secretly raising his little brother in his dorm room.

Violence B+
Sexual Content A
Profanity A
Substance Use C

Why is Safety rated PG? The MPAA rated Safety PG for thematic content involving drug addiction, and some language.

Ray McElrathbey (Jay Reeves) thought he found a way out of generational poverty when he nailed a football scholarship to Clemson University. With a huge course load and punishing athletic schedule, finding time to hang out with his new crush Kaycee (Corrine Foxx) is almost impossible. Things go from “almost impossible” to “impossible” when his mom (Amanda Warren) is arrested. Lacking adult relatives, Ray’s younger brother Fahmarr (Thaddeus J. Mixson) is destined for foster care – if not for Ray. Putting his entire academic and athletic career at risk, Ray illegally hides Fahmarr in his dorm. But with one more ball to juggle, things start falling completely apart for the young freshman, and he’s going to have to find a way to balance one more thing – or lose it all.

Safety tells an inspiring story, but let me begin with my biggest beef. I understand that this is a kid’s movie, and you don’t want too close a look at the grittier realities of university life. The problem is that Safety has gone a little too far in the other direction, and this no longer feels anything like university. This is Disney’s new theme park, College Land, where no one would even think of engaging in anything less than their Sunday School best. It’s so unsettling that it feels like the entire campus has been body-snatched by polite, obedient little aliens.

On the plus side, that means there isn’t anything in this movie for parents to be worried about. No smoking, drinking, cussing, or hanky-panky. The only violence you see is football-related, and while in real life that represents a significant risk of concussion or other traumatic brain injury, here in Disney’s College Land, it isn’t an issue. There are some references to drugs, which is how Ray’s mom got arrested, but none are seen, described, used, or even identified specifically. Indeed, Mrs. McElrathbey spends almost the entire movie in a treatment facility for addiction.

This movie is stuffed with moral lessons – arguably overstuffed, since in my opinion it makes all the characters feel like two-dimensional avatars, but I’m a cynic. Hard work, teamwork, family, prioritizing, and asking for help are all major themes here. Safety is a safe choice for family viewing – even if it is the intellectual equivalent of eating those substitute-sugar packets at a diner. It’s overly sweet, entirely predictable, and has little resemblance to real life – despite being based on a true story. If you’re looking for nuance, look elsewhere – this movie rushes the field with its family morals and nothing stands in its way.

Watch the trailer for Safety

Why is Safety rated PG? Safety is rated PG by the MPAA for thematic content involving drug addiction, and some language.

Violence: People are pushed, shoved, and tackled during football games.
Sexual Content: None.
Profanity: None.
Alcohol / Drug Use: There are brief and non-specific references to drug use and treatment.

Do you think Ray could have done this on his own? Whose help was the most effective? What were the alternatives for Ray and Fahmarr? What did Ray learn about asking for help? How did he prioritize his family? Do you think he could have done anything differently?

Slow Getting Up: A Story of NFL Survival from the Bottom of the Pile by Nate Jackson tells of the everyday life of an NFL player- and the problems that go with it.

The Blind Side: Evolution of a Game by Michael Lewis discusses both the changing strategies and dynamics of professional football in the United States, as well as the true story of Michael Oher, a young man who was born in poverty, and how he became a highly sought after prospect in the world of college football.

The most recent home video release of Safety movie is December 9, 2020. Here are some details…

Other football movies include We Are Marshal, Remember the Titans, Rudy, The Blind Side, and Friday Night Lights. 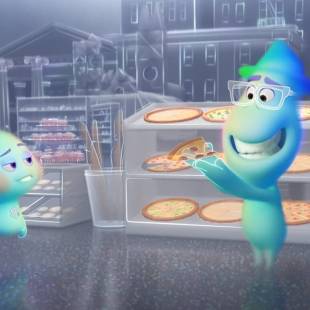