In Jim Henson's The Muppet Movie, a tale supposedly based-on-a-true-road-trip, you'll find out what drove Kermit out of the swamp and into the bright lights of Hollywood. And you'll be introduced to a whole menagerie of lovable Muppets along the way.

Violence B
Sexual Content A-
Profanity A
Substance Use A-

Have you ever wondered how the menagerie of puppets known as the Muppets got their start in show biz? Well, The Muppet Movie tells us approximately how it all came about—and we have that information straight from the frog’s mouth!

One day, while minding his own banjo playing, Kermit the Frog (voiced by of Jim Henson) kindly helps a disoriented tourist paddling around in his swamp. As it turns out, the lost man (Dom DeLuise) is a talent agent. In gratitude for the assistance, he puts a bug in the musical amphibian’s ear about a Hollywood casting call promising the successful candidate the opportunity to become rich, famous and make millions of people happy.

Tickled green at the prospect of delighting audiences, Kermit decides to head west. As he travels he meets some interesting characters that become equally excited about his dream and decide to tag along. Some speed up the journey, like Fozzie Bear (Frank Oz) who comes with his uncle’s Studebaker. Others slow it down, such as Gonzo the not-yet-great (Dave Goelz) who takes them on a high-flying detour with a bundle of helium balloons. And others just add extra weight, like Miss Piggy (Frank Oz again) and her ego.

The motley crew also attracts the attention of Doc Hopper (Charles Durning), the owner of a fast food franchise specializing in French fried frog’s legs. The unscrupulous businessman is anxious to make the talented Kermit his company’s mascot, and is willing to persuade him with whatever it may take (such as bribes, force and torture).

Although Kermit and friends are under pressure to make it to Hollywood by the audition deadline while being chased by Doc and his diabolical intentions, the script still takes time to stop and smell a budding romance (courtesy of Miss Piggy’s over-active imagination), a bouquet of song and dance routines, as well as a potpourri of cameo appearances by the likes of Milton Berle, Bob Hope and Edgar Bergen.

At no time is the plotline expected to take its self seriously, but parents with younger children may find a few brief moments more sobering than humorous. These include a scene where Mel Brooks plays a Gestapo-like character intent on changing Kermit’s mind (his German accent and some Jewish references may also offend) and a hired gun (Scott Walker) that prepares for a showdown with the film’s lime-livered hero. The rest of the violence is slapstick in nature, featuring pie-in-the-face antics, silly melodramatics and Miss Piggy’s karate moves (should they be called pork chops?).

Taken in the lighthearted manner in which it was intended, The Muppet Movie is merely a string of introductions to Jim Henson’s creations, many of which were just becoming popular thanks to his (their?) 1976 to 1981 variety show TV series. When the film begins, the lyrics of the opening musical number questions, “What’s so amazing that keeps us star gazing?” By the conclusion, the answer is obvious. It’s the amazing puppet work, end-of-the-rainbow dreams and warm sentimental charm that we’ve all come to love and know as The Muppets.

A more serious sense of peril exists in a scene where a character is kidnapped and held hostage, and another is threatened with having his mind erased by an electrical-shock-producing machine operated by a man with a German accent who makes a couple of Jewish references. In another scene, a group of armed men and a hired assassin engage in target practice before confronting their intended victim. Romance is introduced into the script when Miss piggy falls in love-at -first-sight with the web-footed hero (amounting to lavish daydreams and a couple of kisses). Later, Kermit and Rolf the Dog bemoan the frustration of not being able to live with or without women. An experimental drug cause a creature to grow unusually large and an alcoholic beverage is served in a restaurant.

How does Kermit respond to Doc Hopper’s bullying tactics at first? When they continue, what conclusion does the harassed frog come to? What tactics do you think work best for stopping intimidating and aggressive behavior?

What is so appealing about the “rich and famous” dream Kermit shares with the friends he meets along the way? Is life always “like a movie” where you can “write your own ending?” What do your think it actually takes to make “end of the rainbow” goals become a reality?

The most recent home video release of The Muppet Movie movie is August 13, 2013. Here are some details…

In commemoration of Kermit’s 50th Anniversary, Buena Vista Home Entertainment is releasing to DVD in a restored and re-mastered format The Muppet Movie, The Great Muppet Caper, The Muppet Christmas Carol, and Muppet Treasure Island. Sold individually, each film offers a Pepe Profiles Present interview with one of the Muppet stars. The Muppet Christmas Carol also features a gag reel, a Christmas Around the World music video and audio commentary by Brian Henson. All of the discs provide the movie in full and wide screen, with audio tracks in English and French.

The Muppets have been the stars of several movies and television productions, such as The Great Muppet Caper, A Muppet Christmas Carol, and The Best of the Muppet Show. The franchised was given a reboot in 2011with the introduction of a new movie simply called The Muppets.

Related news about The Muppet Movie 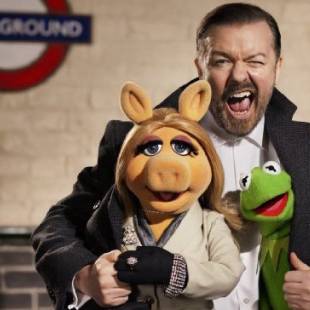