A comic globe-trotting adventure with great visual design that is suitable for the whole family.

Intrepid explorer and zoologist Sir Lionel Frost is on the hunt for magical beasts. Then he discovers Bigfoot and embarks on a round-the-world adventure to help him find the place where he belongs.

Violence B
Sexual Content A
Profanity A-
Substance Use B-

Sir Lionel Frost (Hugh Jackman) is desperate to prove the existence of all manner of fantastic beasts, from mermaids to unicorns, and even the Loch Ness Monster. Frost hopes to use this evidence to earn admission to an exclusive club for famous adventurers, “The Optimates Club”. Unfortunately for Frost, his entrance to the club is heavily opposed by its leader, Lord Piggot-Dunceb (Stephen Fry), who makes a wager with Frost, guaranteeing acceptance if he can prove the existence of Bigfoot. As Frost leaves, Lord Piggot-Dunceb immediately sets out to sabotage him, hiring diminutive hitman Willard Stenk (Timothy Olyphant) to track him down. When Frost finds the Bigfoot, who assumes the name of Susan Link (Zach Galifianakis), Frost makes another deal: he will help Susan find a new home, and in return, Susan will give him some samples to take back to the Optimate Club to prove his existence.

I’ll start with my gripes, since they’re pretty minor. First, the plot is basically just a reworking of Jules Verne’s classic novel, Around the World in 80 Days, but with a lonely Sasquatch replacing Passepartout. Second, the film builds a lot of jokes around Susan’s tendency to take everything literally, which for me, stopped being funny back when Star Trek was doing that with Data.

Otherwise, Missing Link is a fun and surprisingly charming kids’ movie. The voice cast is superb, and Hugh Jackman is clearly having a blast. While some of the jokes fell a little flat, by being too complex for younger viewers and too dumb for parents, others got laughs from the whole theater.

The highlight of this film is its unique style, which weds colorful stop motion animation with computer graphics to create a beautiful and intriguing world. Not only are the characters’ appearances and animation synced perfectly to their vocal performances, but the set pieces and overall visual design are just as eye-grabbing. Frankly, the animation is what sells a lot of the humor, and it would be a much weaker film if it were all done on a computer.

There is little here for parents to be concerned about, although some of the violence and action might frighten very small children. That said, the little one sitting behind me was about three years old, and handled it all just fine. Kids’ movies can be tedious for the parents who have to take them, but Missing Link is one that anyone over voting age will not just endure but enjoy.

Watch the trailer for Missing Link

Violence: An individual is bitten (but shown later completely unharmed) by the Loch Ness Monster. A classic saloon fight breaks out, with the usual punching, tackling, and throwing. Another fist fight occurs. A person is chased with an axe. Two individuals fall to their deaths, and a third is impaled by a falling icicle before falling as well. Several times throughout the movie, characters are shot at, but no one is ever shot.
Sexual Content: None.
Profanity: One or two terms of deity are used, but that’s all.
Alcohol / Drug Use: Adult characters are shown drinking socially, but never to excess. No one is depicted as intoxicated at any point.

Sir Lionel feels that he is a better person than his behavior would indicate. What do you think? Can a person be “good” if they behave badly?

Susan is looking for the place he belongs. Where do you feel you belong? Why is that? What do you think Susan found at the end, and do you think that’s the same as finding where he belonged

Jules Verne’s Around the World in 80 Days features a very similar plot structure, although admittedly without any Yetis.

The most recent home video release of Missing Link movie is July 23, 2019. Here are some details…

Older kids will enjoy Coraline¸ which features a similar animation style, although with a much darker and scarier plot. Fantastic Beasts and Where to Find Them features many mythical animals set in J K Rowling’s magical world.

The Indiana Jones movies feature swashbuckling adventure in exotic locales. And older viewers who want more wild adventure will probably get a kick out of Lost City of Z. 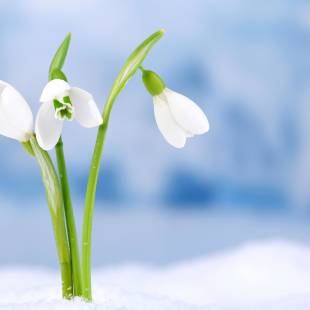