Wondering what’s coming to the big screen before the summer blockbuster season? Well, the spring release schedule has something for everyone. Here are the films we think are most likely to provide a positive family viewing experience – although we haven’t seen them yet and can’t provide any guarantees.

Wonder Park, the animated story of a young girl who discovers that her imaginary amusement park really exists, opens on March 15th.

Nancy Drew and the Hidden Staircase, which brings the adventures of the intrepid red-head into the 21st century, opens on March 15th. This will likely be too scary for young kids – a “haunted house” is involved - but older children and tweens will probably enjoy it.

Parents with fond memories of Disney’s animated classic, Dumbo, can look forward to March 29th and the release of the live action version. Featuring breathtaking CGI animation of the titular elephant, this film is directed by Tim Burton, so we can expect something out of the ordinary here. Disney is also set to dominate theaters on May 24th when it opens its live action version of Aladdin. We know the Mouse House can produce magical films – but is it possible to remake Aladdin without the comic genius of Robin Williams?

Missing Link, an animated movie, tells the tale of a solitary creature in the Pacific North West who hires an explorer to help him find his long-lost relatives in the Himalayas. Yes, this sounds like 2018’s Smallfoot, but the plotlines are different.

Kids (and their parents) who love animals can look forward to April 17th. Disneynature is releasing Penguins, a documentary about a family of Penguins in Antarctica. Parents can expect demands for trips to the zoo, pet penguins, and stuffed penguin toys. (Don’t say you haven’t been warned.)

More film fodder for animal lovers comes on May 17th when A Dog’s Journey opens. Expect lots of big doggy eyes, heartstring-tugging moments, and positive messages about love and loyalty. This is marketed for mass audiences, not children, but we expect it to be safe for family viewing.

An animated film with a merchandising tie-in, UglyDolls opens on May 3rd. We don’t know if its purported messages about appreciating differences and not judging on appearances compensates for its product placement raison d’etre.

Kids – and millennials with fond memories of Pokemon – will be looking forward to the opening of Pokemon Detective Pikachu on May 10th. It’s rated PG, but we suspect it will be too intense for little kids. (And we have more concerns about product placement here too.)

Teens with a penchant for weepy romantic dramas can mark March 15th on their calendar. Five Feet Apart opens on that day and tells the affecting story of two young people with cystic fibrosis who can’t get physically close to each other in case they inadvertently share bacteria with potentially fatal results.

Moviegoers who want action – and some laughs – will probably enjoy Shazam! This DC Comics production features a 14 year old foster kid who becomes an adult superhero when he says the word, “Shazam!”. This looks like Big meets Spiderman and whether it flies or flops remains to be seen.

Captain Marvel, a prequel in the Marvel Comic Universe, is likely to dominate theaters when it opens on March 8th. This movie introduces the MCU’s most powerful superhero – and it’s Carol Danvers, a military pilot. And viewers who just can’t get enough of superheroes, and who have been left in suspense since Avengers: Infinity War and its cliffhanger ending last year, will be racing to the theater on April 26th for the highly anticipated Avengers: Endgame.

If you’re into monster movies, it doesn’t get anymore exciting than another Godzilla popcorn flick. Godzilla: King of the Monsters opens on May 31st.

Apollo 11, one of the most beautiful documentaries we have seen, opens on March 8th. Unbelievable footage will leave you wide-eyed with amazement. Make sure you see this on the biggest possible screen. Moviegoers who want a fictionalized space story can watch Ad Astra which opens on May 24th. This movie, which is not yet rated, tells the story of a man who travels across the solar system to find his missing father and prevent a disaster which could destroy the earth.

Adults – and teens – with an interest in British history can watch Peterloo for its emotional look at the Peterloo Massacre of 1819. It opens on a limited basis on April 5th, with a broader release at a later date.

If you wonder how our highly polarized society can move past its divisions, maybe it’s time to learn from the past. Opening on April 5th, The Best of Enemies tells the story of a civil rights activist who has to work with a leader of the Ku Klux Klan on school integration in North Carolina.

A pair of literary biopics open on May 10th. Tolkien covers the years of J.R.R. Tolkien’s university studies and World War I military service, when he imagined Middle Earth into being. All Is True depicts the last years of William Shakespeare – and has a stellar cast including Sir Kenneth Branagh, Sir Ian McKellan, and Dame Judi Dench. And a musical biopic opens on May 31st when Rocketman comes to the screen with the story of Elton John. 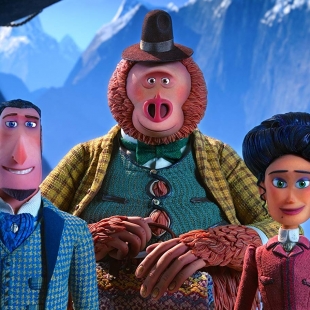