Life is almost like a musical for a jazz pianist (Ryan Gosling) when he falls in love with an aspiring actress (Emma Stone) in Los Angeles.

Violence B
Sexual Content B-
Profanity C-
Substance Use C+

Listen to this review on our podcast…

Borrowing from Beauty and the Beast, this is a tale as old as time—or at least as old as Tinsel Town. Mia (Emma Stone) has arrived in Los Angeles with the dream of being an actress. And while she’s waiting for her big break, life ain’t that bad. She drives a Prius, shares a hip retro apartment with three equally budding roommates and has nabbed a barista job at a coffee shop on a major motion picture studio lot. But for all the auditions she’s attended, no one has seen the potential within her.

Cut to Sebastian (Ryan Gosling). His big goal is to explore his obsession for all things jazz, with the grand desire of owning a club one day. In the meantime, he drives a 1980’s convertible that’s seen better days, lives in a rundown flat and plays a piano for uninterested diners. His boss (J.K. Simmons) provides immediate feedback when Sebastian’s fingers start improvising on the keys, and insists he stick to the preselected set.

These two first lay eyes on one another while Mia is stuck in traffic. She’s so busy studying her audition script that she doesn’t realize the cars around her are beginning to move. With a loud honk from him and an upended finger from her, Sebastian drives past. It’s love at first sight—LA style. After a few more “meet cutes”, their disdain for one another segues into full on affection. Soon the couple is sharing an apartment, while each of them continues to chase their artistic vision. Yet their growing love for one another begins to compete with their inner hopes for success.

This conflict is depicted in surprisingly poignant scenes as both Mia and Sebastian reassess their priorities and talent, and try to balance their dreams with reality. With the many dual-working couples in society, this script is a relevant exploration into the difficult choice of whose career is the most important and whether the heart should overrule the wallet.

On first viewing these deeper plot points may be difficult to notice, thanks to the movie’s distracting scenery and catchy tunes. Offering a strange retro feel, the production pulls cues from the Gene Kelly days (with Stone and Gosling doing some impressive dancing), yet brings them into a modern-day context. Old music combines with new. Classic costumes merge with trendy styles. Characters occasionally break into song, and Sebastian’s love of tickling the ivories insures there are frequent musical interludes. While your ears soft-shoe to the notes, your eyes will be mesmerized with the saturated colors. Film geeks will be awed by extended scenes shot without edits. And the amazing locations will have you yearning to pack up your life and head for sunny Southern California.

Even better, this sensory treat is relatively clear of content concerns. In fact, were it not for the singular use of a sexual expletive, along with the aforementioned finger gesture (which is seen again in flashback), this movie would be PG material. It is obviously implied that Mia and Sebastian are living together (we see them in bed a couple of times), but sexual depictions are limited to kisses and hugs.

As much of a love story for the city in which it is set as it is a romance for the leading couple, La La Land provides iconic Hollywood stuff in a fun package that might just explain to your older kids why the musical genre continues to live even after its “Golden Era” is long gone.

Violence: Heated discussions occur between cohabitating man and woman. A driver makes a crude finger gesture to another driver. Some other scenes depict verbal conflict over business and work issues.

Sexual Content: A man and woman live together. We see them embrace and kiss. At a pool party women are seen in bikinis and men without shirts.

Alcohol / Drug Use: Characters consume alcohol in bars and restaurants. One character turns to alcohol when feeling discouraged.

This story is about two people who are trying to balance careers with their feelings and desires to stay close together. If you were in the same situation, which would you choose? Do you think it is possible to find a compromise? Is it ever possible to “have it all”?

Have you ever been to Los Angeles? How does this movie portray that city? What techniques do the filmmakers use to create their vision of LA? What would other cities look like if the same techniques were applied?

What does this musical have in common with older films from the genre? What are the differences?

The most recent home video release of La La Land movie is April 25, 2017. Here are some details… 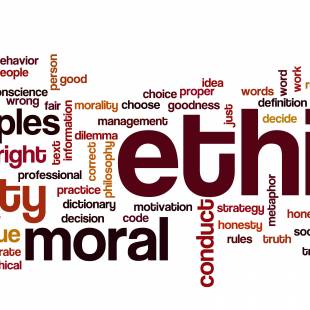