Director Peter Jackson helms this remake of the famous Empire State Building-climbing ape. It's an enormous project in every way -- from the size of its title character to its 187 min-long runtime.

Violence D+
Sexual Content A-
Profanity B-
Substance Use B-

Why is King Kong rated PG-13? The MPAA rated King Kong PG-13 for frightening adventure violence and some disturbing images

Tackling Tolkien’s Lord of the Rings was a gargantuan project, but now Director Peter Jackson has taken on the mammoth task of remaking King Kong. Fortunately, the award-winning Jackson has both the talent and the technology to pull off the huge feat, updating the Monster-in-Three-Acts storyline while maintaining the flavor of the original production.

Relying on advances in computer-generated images, the animators attached over a hundred sensors to the face of Andy Serkis (who also plays Lumpy the Cook in the film) in order to capture even minute facial movements for King Kong. The end result allows Jackson to breath life and personality into the 25-foot ape and to build a tender, almost romantic rapport between the gorilla and his human captive. Original moviemakers could never have hoped to catch this kind of emotion with their stop-motion puppet

In the picture, Jack Black plays an over-ambitious filmmaker that dreams of making the ultimate adventure movie. As Carl Denham, he has a reputation for being a flagrant self-promoter who stiffs both his creditors and the local police. In his possession is a mysterious map pointing to an uncharted island somewhere near Sumatra. It’s there he is headed with his camera crew, a conscripted playwright (Adrien Brody) and the lovely Ann Darrow (Naomi Watts)—a Vaudeville actress whose career has experienced a Depression-era slump.

Their destination, known as Skull Island, also has a legendary reputation among the classic cast of 1930’s sailors who man the appropriately named tramp steamer, The Venture. From other seamen, they’ve heard ominous tales of a 100-foot wall and mythical creatures. Once on shore, those sinister accounts come to life when hideous looking natives attack the group in a bloody ambush and capture Ann for a sacrificial gift to the beast living on the other side of the wall.

Unwilling to abandon her to an unsavory destiny, a selection of shipmates head into the jungle, with Carl and his cameraman in tow. However, everything on this island is super sized and the body count burgeons as the men encounter predatory dinosaurs, gigantic cockroaches, enormous spiders and massive, mud-dwelling bloodsuckers that ingest one man right before his companions’ eyes.

Ultimately, the crew captures the mighty Kong and transports him back to New York City, where Denham schemes up another moneymaking exploit by putting the ape on display for the city’s rich and famous. But after watching the giant of the jungle take on a T-Rex, there is no question this abusive display is likely fated to end badly.

With repeated depictions of violent interactions as well as an extended runtime of 187 minutes, this film is more suited to older audiences. It also makes popcorn and drinks an almost mandatory requirement. Yet in the spirit of spectacular epics, this larger-than-life headliner is sure to be crowned as a King at the box office.

Why is King Kong rated PG-13? King Kong is rated PG-13 by the MPAA for frightening adventure violence and some disturbing images

Set in the 1930’s, the story portrays smoking as a common habit of many of the sailors. A good stiff drink helps Carl subdue his nerves during the adventure. Dancing girls are shown performing in cleavage bearing outfits. Violent portrayals include the impaling of one man and the beheading of another by natives (some of whom are scantily dressed). Huge creatures attack the voyagers, eating some of them, crushing several and tossing others to their deaths. On the island, the group discovers a deserted village where human skeletons are hung from high poles. Later they come upon rows of skulls and piles of bones. Once in New York, King Kong rampages through the city, tossing cars, demolishing buildings and snatching planes from the sky while pilots repeatedly fire upon him.

Carl Denham is determined to make his movie. What positives result from that determination? What are the detrimental outcomes of his resolve? How does he prod on the other members of his filming crew? Do you believe his remarks about honoring the dead and their families?

How do greed and pride act as motivating factors for many of the characters in this film? What are the consequences?

What does Ann discover about herself during this adventure?

The most recent home video release of King Kong movie is March 27, 2006. Here are some details…

A movie with a title character as big as King Kong deserves a DVD of equally epic proportions! Universal Studios has stepped up to that expectation with three presentation offerings: widescreen, full screen, or a 2-Disc Widescreen Special Edition. If you choose either of the single disc options, you’ll receive a copy of the over three-hour movie in Dolby Digital 5.1 (English), with subtitles in English, Spanish and French, as well as two bonus features: The Volkswagen Toureg & King Kong (a cross promotion commercial) and Wish You Were Here (a video postcard from the cast and crew). If you go for the double disc package, you’ll get all of the above plus a special introduction by director Peter Jackson, and three documentaries: Post-Production Diaries (Peter Jackson takes you on an unforgettable journey revealing virtually every aspect of post-production with nearly three hours of exclusive behind the scenes footage), Kong’s New York, 1933 (1930s New York comes alive in this fascinating piece that explores vaudeville, the skyscraper boom, the construction of the Empire State building and more) and Skull Island: A Natural History (travel to treacherous Skull Island with Peter Jackson and his crew). This larger-than-life DVD is sure to keep big fans busy for hours.

Dinosaurs also cause havoc for humans on an isolated island where a wealthy entrepreneur is creating the world’s most unique tourist destination in Jurassic Park. Primates and deep space astronauts clash on a hostile landscape in the 1968 movie Planet of the Apes. For younger audiences, Disney’s Beauty and the Beast tells the story of a young girl who learns to look past the fierce appearance of her host. 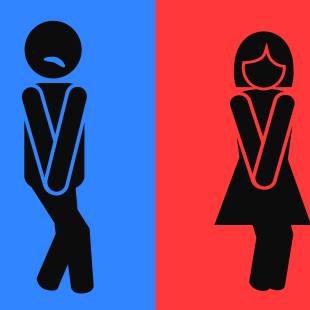 RunPee App Lets Audiences Know When to Head to the Loo