RunPee App Lets Audiences Know When to Head to the Loo

The soft drink cup in the holder on your seat is empty but your bladder is about to run over. And you’re only half way through the movie. You know it’s too long to “hold it” until the credits roll. But when is the optimum time to take a bathroom break?

Thankfully there’s an app for that.

Viewers with the RunPee app get a notice when the action is about to slow down. After selecting a film and turning on the timer once the movie begins, the phone will vibrate when the script gives you a chance to escape to the loo. While you’re out of the theater, the app will also let you know what you’re missing.

Dan Flores is the Arizona software developer behind the app that released in 2009. He was motivated to find appropriate pee times after painfully sitting through Peter Jackson’s 187 minutes long remake of King Kong. He, along with his mom and sister, review the films as soon as they release. They also work with a film critic that has early access to the big blockbusters to make sure their information is updated as soon as possible.

Flores admits is can be “hard to find PeeTimes in good, well-editied movies. But we don’t want to leave you with nothing. So sometimes the PeeTimes are simply spots in the movie that can be easily summed up, so you won’t be lost when you get back.”

While the app tries to give viewers 1-4 minute windows in which they can run to the bathroom without missing any pivotal moments in the story, there are also “emergency’ pee notifications for those who just can’t wait any longer. The app is free for Apple and Android devices thanks to a recent cross-marketing deal with Myrbetriq, an overactive-bladder medication. 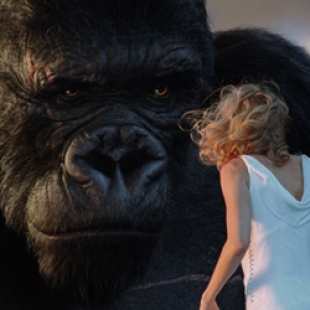