When his wife dies, Dr. John Dolittle retreats behind the walls of his manor to the company of his menagerie of exotic animals- until Queen Victoria falls ill, and the only cure lies on a mysterious island...

Violence B-
Sexual Content B
Profanity A-
Substance Use C

Why is Dolittle rated PG? The MPAA rated Dolittle PG

I have never experimented with hallucinogenic drugs, but after sitting through Dolittle, I started wondering if the sweet potato soup I ate for dinner had mind-bending properties. Talking animals, bright swirls of colorful action, incoherent storylines…Dolittle isn’t much of a movie, but the good doctor’s voyage definitely feels like a trip for tired adults trying to stay awake in a dark theater.

The story opens with Dr. Dolittle (Robert Downey Jr.) nursing his grief after the death of his beloved wife and living as a recluse on his estate. But then Queen Victoria (Jessie Buckley) falls ill and sends a tween-aged friend (Carmel Laniado) to extend an invitation the physician can’t refuse. Dolittle’s medical skill and his dog’s refined sense of smell lead to a diagnosis, but, alas, the only possible cure is the fruit of the Eden Tree, a semi-mythical plant which has never been proven to exist. The doctor, apprentice Tommy Stubbins (Harry Collett), and most of the talking menagerie head off on their ocean voyage, unaware that there are members of the court who don’t want the queen to recover and will stop at nothing to ensure Dolittle’s failure.

As for the movie’s failure, it occurs on multiple levels, but the most surprising is the limp acting. One of the biggest questions I have is how a “B” movie managed to score “A” list talent – Robert Downey Jr., Emma Thompson, Antonio Banderas, Jim Broadbent, Rami Malek, Octavia Spencer, Tom Holland, Ralph Fiennes, and others. Apparently, the cast had the same question and gave up trying to save the movie, choosing instead to recite their lines and collect their paychecks. Robert Downey Jr., in particular, gives off a vaguely embarrassed vibe and seems to be avoiding the camera whenever possible. I can’t say as I blame him.

Sadly, Dolittle also has some unexpected content problems. Parents will be pleased that there is no swearing, sexual activity, or alcohol consumption. But they won’t be happy to see Dolittle sedated against his will so his animals can “groom” him. Forced use of a drug is a big red flag in any movie; particularly one for kids. But the most grotesque moment in the film is when the doctor has a most unusual patient – a very cranky dragon (Frances de la Tour). With his usual acumen, Dolittle diagnoses her with an “obstruction” in her nether regions. He grabs a trusty leek (yup, the onion-like vegetable) and sticks it up her…rectum?...oviduct?...and starts extracting armor, bones, bagpipes, and other items I can’t remember. Frankly, I was too annoyed at being forced to consider what kind of orifices a dragon would have to do a complete inventory. The movie is also chock-full of moderately violent action scenes, but everything else fades into insignificance after seeing the doctor up to his elbow in a dragon’s backside.

If you’re looking for a fun family movie night, Dolittle is unlikely to fit the bill, unless your kids really love talking animals, fart jokes, and dragon posteriors, and don’t care if the plot hangs together. The film does contain some solid messages about teamwork and loyalty, but there are better children’s movies where the same positive themes are, dare I say, “unobstructed”.

Watch the trailer for Dolittle

Why is Dolittle rated PG? Dolittle is rated PG by the MPAA

Violence: Multiple scenes of violence – humans harming animals, animals harming humans, and humans harming humans. A family is hunting with firearms; a boy deliberately aims away from the geese and accidentally hits a squirrel. The boy is given a knife and told to put the squirrel out of its misery. Animals roar in the faces of people or other animals at various times throughout the movie. Mice are used in place of chess pieces; one hits another with a scepter. A man is kicked by an ostrich. A gorilla punches a man during a boxing match. A ship is hit by lightning. A tiger attacks a man and animals and attempts to kill them. Cannons are fired at a ship; it sinks and the animals on board barely escape. A man holds a knife to an enemy’s throat. A dragon sprays fire at people. One man throws another into the dragon’s path. A man pulls a knife on another man. A squid grabs a man by the throat.
Sexual Content:   There is no sexual content but there is a very unpleasant scene involving Dr. Dolittle removing large items from inside a dragon’s rear end.
Profanity:   There is no swearing but there is crude humor based on gas. There are rude jokes made about “doo-doo” and a scorpion’s “massive stinger”. Whales make a joke about “flipping him off”.
Alcohol / Drug Use: A man is forcibly sedated against his will. There is reference to a woman being poisoned.

If you could talk to animals, which ones would you be most interested in talking to? Why? What would you ask them about?

Dr. Dolittle becomes a hermit after his wife dies. Have you ever suffered a loss that has been difficult to deal with? What are some healthy ways you can cope with grief?

Aap.org: After a Loved One Dies – How Children Grieve

In The Last Wild, young Kester Jaynes discovers he can talk to animals and they can talk back, leading to adventures with a wise stag, a bossy militaristic cockroach, a zealous wolf cub, and a flock of pigeons.

A mouse is raised with his human family in Stuart Little, by E.B. White. Adventures ensue when Stuart’s best friend, a bird, disappears from her nest. Also by the same author is Charlotte’s Web, the beloved story of a young girl, her pet pig, and the pig’s best friend – a spider named Charlotte.

A young girl lives a carefree life on a South Sea island surrounded by animals in Astrid Lindgren’s Pippi Longstocking.

Young readers who enjoy stories about animal adventures will dive right into Erin Hunter’s Warriors series which begins with Into the Wild.

Did you ever wish you could talk to animals? Author Jon Katz believes we can and in his book Talking to Animals: How You Can Understand Animals and They Can Understand You he shares his experiences communicating with the animals on his farm.

The most recent home video release of Dolittle movie is April 7, 2020. Here are some details…

Instead of people talking to animals, plenty of movies have been made about animals who can talk. Babe features a charming pig who wants to learn how to herd sheep like a dog.Talking guinea pigs are effective secret agents who save the world in G-Force. And a zebra wants to be a racehorse in Racing Stripes. 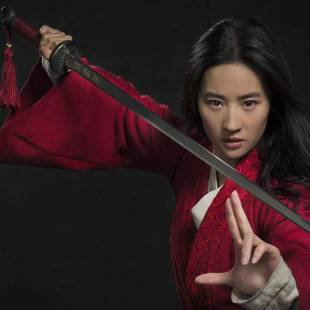