If you’re looking for movies to enliven the bleak months of winter, there are some bright spots in the release schedule for the first three months of 2020.

Animal-focused movies are major contenders for the family movie dollar this winter. Dolittle, which opens on January 17th, stars Robert Downey Jr as a man with an unusual gift – he can talk to animals. When Queen Victoria falls ill, it’s up to the good doctor to use his skills and travel to a distant island to find the cure for her rare illness.

Dogs take up a starring role in The Queen’s Corgi, one of the worst family films we have ever seen, with a US theatrical release date of January 24th. We can’t overstate our hope that parents will shun this toxic film with its messages that undercut ideals of sexual consent and promote relationship violence.

Another animal – a sled dog - stars in The Call of the Wild. Coming to theaters on February 21st, this film stars Harrison Ford in an adaptation of Jack London’s classic novel of adventure in the far North.

If your family enjoys animated features, there are a few to choose from this winter. Weathering With You, last year’s top hit in Japan, opens in North America on January 15th. This anime film tells the story of a boy who moves to Tokyo and meets a girl who can control the weather. If your children dislike subtitles, check to see if your local theater is showing the subtitled or dubbed version – the movie has been distributed both ways.

More manic animated mayhem occurs in Sonic the Hedgehog, which comes to the big screen on Valentine’s Day. (Natural fit, right?) Fan outrage over Sonic’s teeth in the original trailer forced the movie to be delayed for six months but those fans can enjoy the video game action now.

Disney/Pixar has been whetting moviegoer’s animation for several months with trailers for Onward. An original film set in a modernized fairy tale world, Onward looks like it will provide comedy, action, and positive life lessons for viewers of all ages. You can check it out on March 6th.

The most hotly anticipated and controversial movie opening this quarter is undoubtedly Disney’s live-action version of Mulan. Fans of the superb animated film should note that this is not simply a live remake of the original. This version is an action movie with a female lead: it is not a musical, there is no talking dragon, and we don’t think it’s going to lean heavily into comedy. We’ll all be able to find out for sure on March 27th.

Having bounced around the release schedule for several months, My Spy finally has an opening date of March 13th. Dave Bautista stars as a CIA agent who finds himself being manipulated by a 9 year old girl whose family he is supposed to be watching.

Rounding out our family movies is Wendy, which we think tilts more closely to older viewers than to young children. Wendy, which opens on February 28th, is a re-imagining of the Peter Pan story which ditches its London setting, Nana the dog, and Wendy’s decorum. This is a Wendy who leads her brothers away so none of them will have to grow up.

Just arrived in theaters is a movie that has impressed us: Just Mercy. Telling the true story of Bryan Stevenson, a lawyer who dedicated his career to fighting for those who have been victimized by the justice system, Just Mercy is both inspiring and uplifting.

With Valentine’s Day falling in this quarter, Hollywood is releasing The Photograph. A young journalist falls in love with the daughter of a woman he’s researching. And if you want your romance with a touch of Regency style and literary wit, wait a week until February 21st. Another remake of Jane Austen’s beloved classic Emma opens then, starring Anna Taylor-Joy.

If you’re looking for scary movies that come in under a R-rating, this is the season for you. The Turning, an adaptation of Henry James’ novel, The Turn of the Screw, comes to theaters on January 24th. A PG-13 horror adaptation of the Fantasy Island 70s TV show also comes to the big screen on February 14th. And, coming a week later, is Brahms: The Boy II, a film about a boy who moves into a spooky mansion and makes friends with a lifelike doll named Brahms. (We all know this won’t end well.) And A Quiet Place Part II brings its silent terror back on March 20th. This film is not yet rated but since the original was rated PG-13, we expect the sequel will be as well.

On the opposite extreme is I Still Believe. Christian movie fans will look forward to this true story of Christian singer Jeremy Camp and his journey of faith in the face of his wife’s cancer. 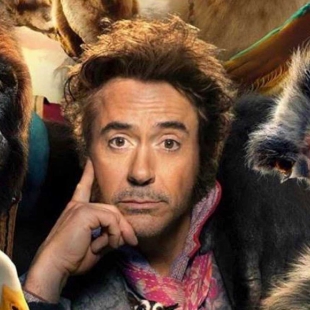 He can talk to animals- but they don't know what that accent is supposed to be either. 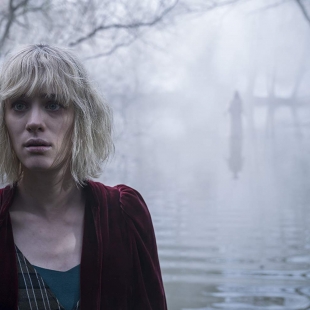 A journey to complete madness begins with a single job opportunity. 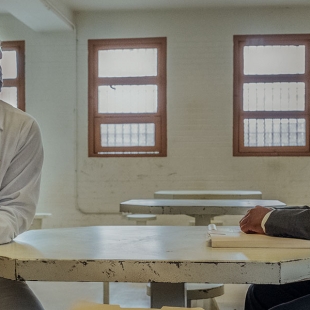 "Mercy without justice is the mother of dissolution; justice without mercy is cruelty."