This musical adaptation of Hugh Lofting's classic stories brings to life the world of Doctor John Dolittle (played by Rex Harrison), a 19th century English physician who throws away his family practice to pursue his true interest -- veterinary medicine. With a little help from his pet parrot, the doctor is soon conversing with animals of every species.

Violence B
Sexual Content B+
Profanity B+
Substance Use B-

Because of the scarcity of movie going experience during my young life, the day I saw Doctor Dolittle in the theater left a lasting impression. I could not imagine anyone more beautiful than Emma Fairfax (Samantha Eggar) who went by the nickname Fred, or anything more wonderful than the good doctor’s special talent. After several months of dressing up in anything I thought resembled a hoop skirt and singing If I Could Talk To The Animals at the top of my lungs while relentlessly chasing my mother’s cats, my parents bought me a Doctor Dolittle coloring book hoping it would provide a more tolerable outlet for my creative expression.

Nominated for Best Picture at the 1967 Academy Awards, this musical adaptation of Hugh Lofting’s classic stories brings to life the world of Doctor John Dolittle (played by Rex Harrison), a 19th century English physician who throws away his family practice to pursue his true interest—veterinary medicine. With a little help from his pet parrot, the doctor is soon conversing with animals of every species.

Dolittle’s obsession is not well understood by his fellow townsmen, who mistake his kind-hearted attempt to free a circus seal (disguised in a hat and shawl) as deliberately throwing an old woman into the ocean. When it appears justice will not prevail, a madcap jailbreak orchestrated by a chimp and a parrot, with help from some loyal friends—Matthew Mugg (Anthony Newley) an Irishman, Tommy Stubbins (William Dix), a local boy with amazingly permissive parents, and Emma Fairfax a wealthy young woman with a soft spot for fanatical animal lovers—enable the Doctor’s escape to sea. To the optimistic Dolittle, this time in exile is the perfect opportunity to search for the legendary Pink Sea Snail—a quest that leads to even more adventures.

Alas, as is often the case when one revisits childhood memories, Doctor Dolittle was not quite as riveting as I remembered. Sometimes politically incorrect (especially with cultural stereotypes), and often silly, I found my added years removed a lot of the wonder the film originally inspired. It may also be a disappointment to other older viewers who are discerning enough to suspect that the mysterious origins of the exotic push-me-pull-you (an animal with two heads) might be a costume factory.

Then I watched my five-year-old daughter (who takes after her mother in more ways than hair color) and saw a look of total rapture. Perhaps I shall concede with the lyrics of the opening song: “Maybe what the Doctor tells me / Isn’t all together true / But I love every tale he tells me / I can’t think of a better one—can you?”

Overall: B
Based on the classic stories of Hugh Lofting, Doctor Dolittle’s ability to talk to animals is brought to life in this fanciful epic musical for young viewers.

Violence: B
Man yells at another man. Monkey threatens pig with a wooden spoon. Played as slapstick: Startled woman falls down stairs, man wears a foot cast that is stood on or shut in door several times, man sits on hedgehog. Man chases fox. Lyrics of a song humorously describe the rather feminine retaliation tactics an angry young woman would inflict on a rude man “If (she) Were a Man” (i.e.: pull his hair, scratch his eyes out, kick his shins, etc.). Man unjustly accused of murder is seen behind bars: death penalty is mentioned. Man feigns superior strength in brief pretend fistfight. Animal antics used in an escape plan result in horses rearing and barking dogs. Sea storm causes shipwreck. On two occasions, a spear narrowly misses the character it is thrown at. Characters have hands bound, are locked in a small hut, and later tied to stake to be burned. Possibility of death and speculation of cannibalism mentioned. (All fears prove unfounded.)

Alcohol / Drug Use: B-
It is suggested that a duck suffered injury because it was intoxicated. A main character is played as a stereotypical drinking Irishman, and drinks from a flask he carries on at least two occasions. Song lyrics compare rain to pink champagne. Several humorous side remarks about alcohol, such as: sailors’ ale blamed for unusual animal sightings, offer to slip something into pet food to drum up veterinary business, empty flask is a sign of being at sea too long. Wine is drunk with supper. Man is accused of drinking a lot of wine and brandy.

Although the film is set in the late 1800, how does the “I want to be just like a man” characterization of Emma Fairfax reflect the equal rights revolution that was occurring in 1967 when the film was made?

Which of the male characters, Matthew Mugg or John Dolittle, treats Emma with the most respect and equality? Why does she fall in love with the more chauvinistic of the two?

The most recent home video release of Doctor Dolittle movie is October 30, 2000. Here are some details…

Our children’s generation has been introduced to Eddie Murphy as the new (and more crude) Dr. Dolittle (1998) and Dr. Dolittle 2 (2001). Rex Harrison plays a similar character in the musical My Fair Lady. For a family-friendly film featuring a parrot that converses with people, see our review of Paulie 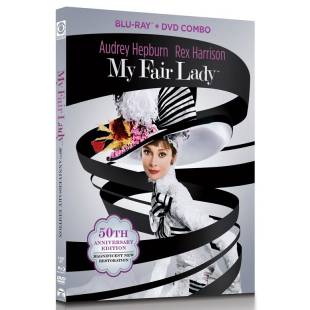