This is an unusual teen drama, moving beyond the genre's syrupy tropes and delving into the emotional heartaches of adolescence.

Amazon Prime: A 17 year old who's never had a girlfriend meets a new student with a heartbreaking past. As they work together on the school newspaper, chemistry develops.

Henry (Austin Abrams) has an unusual hobby. The seventeen year old school newspaper editor spends his spare time breaking ceramics and rejoining the pieces with gold, leaving visible seams in the finished product. Known as kintsugi, this Japanese art form is a metaphor for Henry’s life: he’s not afraid of broken things and he finds beauty in scars.

This comes in handy when Henry meets the new girl on the student newspaper. Grace (Lili Reinhart) is a writer who won’t write and will only edit other people’s work. She owns a car but refuses to drive. She limps and uses a cane but tries to run on the track. As she and Henry slowly fall in love with each other, her pain and scars simultaneously bond and weaken their relationship.

Chemical Hearts is an unusual teen romantic drama, moving beyond the genre’s clichéd, syrupy storylines. Henry and Grace feel like actual teenagers, struggling with the harsh realities of pain and grief. Grace, torn between her love for her dead boyfriend and her desire to move on with her life, is confused and broken. Henry, desperately in love with Grace, can’t heal her; only stand by and become collateral damage to her suffering. The script is wise enough to avoid magic bullets or quick emotional fixes and that’s what gives it authenticity. As Grace tells Henry, “Every author who writes about young people, they can’t avoid the truth that being young is so painful. It’s almost too much to feel.”

Unfortunately, this strong story comes with some fairly significant negative content. The film contains over 30 profanities, including 10 sexual expletives. There are also scenes of teens smoking marijuana and drinking beer as well as a scene where a main character drinks heavily to numb emotional pain. The biggest issue in the movie is sex, with Henry and Grace having sexual intercourse. There is no explicit nudity, but the activity is obvious. (On the plus side, the teens discuss and use contraception and consent is clear.) There is also a lesbian subplot in the movie, but there is no explicit activity beyond a scene of passionate kissing.

Despite the negative content, Chemical Hearts offers abundant positive messages about loving and accepting people for who they are, scars and all. Remarkably, it shows a high functioning family with loving parents who set limits for their teen. It also provides hopeful examples of emotional resilience. As Henry’s sister tells him when he’s emotionally spent: “Love – it’s a chemical reaction that comes and goes. Here’s the good news; so is heartbreak.” The reminder that no feeling lasts forever is certainly a helpful takeaway for teens watching the movie and struggling with the chemistry that exerts such powerful influence on their developing brains.

Watch the trailer for Chemical Hearts

Violence: Mention of a past car accident that led to a death and a serious injury. A character hits herself with a stick. Repeated mention of suicide.
Sexual Content: Brief mention of a pornographic magazine. A young man and woman kiss frequently. A girl says she looks “thotty” (slutty). A young woman mentions hooking up with “lots of girls”. Two young women kiss passionately. A young man and woman have sex: no graphic nudity or detail but obvious activity. A young woman strips down to her bra and panties.
Profanity:   The movie contains over 30 profanities, including 10 sexual expletives, 11 scatological curses, two anatomical terms, and eight terms of deity. The soundtrack also features a song that includes a racial slur.
Alcohol / Drug Use:   A main character smokes marijuana. Teenagers drink beer at a party. A character mentions an alcoholic parent who’s in bad shape. A teenager drinks heavily in a time of stress.

Grace believes that we are just random collections of atoms who disperse into the universe after death. What are your beliefs about life and death? Where do those beliefs come from? Have you ever lost someone who matters to you? What helped you cope with your feelings? How can you help people who are grieving?

The most recent home video release of Chemical Hearts movie is August 21, 2020. Here are some details…

Mental illness and grief complicate the romance between two teenagers in All the Bright Places.

Reeling from his friend’s suicide, Charlie dreads starting high school. Befriended by older students he discovers The Perks of Being a Wallflower.

Grief is a complex emotion. If you’re looking for films that deal with the grieving process, you can try A Monster Calls, We Bought a Zoo, Charlie St Cloud, and P.S. I Love You. 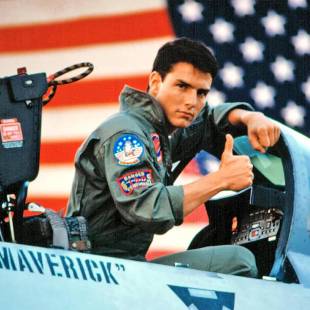