It’s been a busy day. Thursdays often are. They are the days we compile print reviews and broadcast segments as we prepare for Friday—the day on which 99% of movies release to theaters. Now it’s 10 PM and I realize that there is still one thing I need to do and that is to take a few minutes and not only recognize the loss of our colleague Roger Ebert, but also to recognize how this very busy man directly taught me a lesson I should not forget. Some twenty-one years ago I was attempting a career change. I was raised on media and movies but I wanted to do something different. Something positive. It was probably no coincidence that my two young children with a third on the way were the catalyst for my decision to create a column that looked at movies from a parent’s perspective. Originally titled Grading the Movies I needed a newspaper to make it “real.” (This was a few years before one could simply blog their way to “fame”.) I was thrilled when a small newspaper in British Columbia, Canada took the bite after I sent out 300 advertising envelopes.

Strangely I never thought about becoming a “film critic”. In my mind I was a columnist specializing in a specific parenting topic. But as those initial months and years went past I was finding myself becoming more cognizant of my fate as one who was criticizing the work of others. I was becoming comfortable in my role as a critic who defended the need for parents to be able to make wise decisions about the movies their children want to see. Comfortable until Mr. Ebert wrote a column that pulled the rug out from under my aisle seat.

I can’t specifically recall where I read Roger’s article criticizing another writer who attempted to review movies with a priority toward suitability for family viewing. At first I was devastated to discover the greatest critic of the day felt my new calling in life was invalid. Then, with my second breath, I decided to challenge him.

It was the very earliest days of online information and Roger and I were both members of CompuServe, one of the early pioneers of the pre-Internet era. I found Roger’s electronic mail address (it wasn’t too difficult) and sent him a letter along with a review I had recently written about an animated movie that had no sex or violence but still stunk. It was the kind of tripe that lures parents because it looks cute, but contained some messages that I felt were sinister fodder for the minds of little girls who would be unwittingly placed in front of the TV set and VHS player.

I really wasn’t expecting a response. But a couple of days later I was awestruck to see Roger Ebert in my inbox. I couldn’t imagine what the response would be. Most likely a form letter. “Thank you for writing to Mr. Ebert, but due to the number of letters…” Or, even worse, “What kind of a moron are you? You’re not a real film critic!”

Wrong on both counts.

It was short, but very sweet. “Thank you for your well constructed letter,” began the god of critics. And then two words that have never held as much weight except when uttered by my wife: “You’re right.” followed by, “Movies can be reviewed with parents and children in mind.” If that wasn’t enough, Roger enquired if I had considered syndication. (I was in the midst of bundling up yet another couple hundred envelopes to send off to tiny newspapers.) Then he closed the letter with the name and phone number of his editor at one of the largest newspaper syndicates in the world and his offer to tell her about me.

It was about about 5 AM when I read his reply and my poor, tired, pregnant wife probably didn’t appreciate being woken up with the news that Roger Ebert replied to my discourse. But I was excited—and rightfully so.

The end of this glorious story may not be what you expect. I called Roger’s editor and she told me to send in some samples. I did. I waited. I called again and left a voicemail. I waited some more. Finally into my CompuServe inbox came another email. It held the honor of being my first electronic rejection. Disappointed, but not deterred, I continued with my goal of helping to influence Hollywood one parent at a time.

Yet the real purpose of this exchange was not so I could be fast tracked into a life of fame and (relative) fortune. (I know enough film critics, even some almost-famous ones, well enough to know that fortune is not always married to fame.) Instead the value of this moment two decades in the past was a simple lesson of caring, sharing and humility. Roger proved his openness to new ideas and even went the extra mile to endorse me to his editor ... a favor I could never have imagined.

Over those intervening years I still disagreed with many of Roger’s artistic comments. (I’ve since learned that’s the sign of a good critic. If you don’t disagree with a critic, they likely have no opinions.) Yet I have often read his reviews and found myself laughing to the point of tears while he shreds some B-movie to bits and inwardly thought, “I wish I could write like that.” I still can’t. But one thing I can learn is to never underestimate my capacity to make a change in someone else’s life with four short sentences. 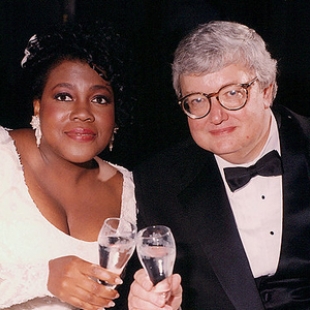 Thumbs up to the life of Roger Ebert.