Just in time for Mothers’ Day, Moms’ Night Out releases to theaters this weekend. Checking the trailers and marketing, it looks like a few films from recent years. A group of moms, weary from raising kids and handling the day-to-day running of home, determine to have one nice night out on the town. But, as is often the case in Hollywood-land, things don’t go as planned.

For the most part it’s formula stuff, except just minutes into the plot we go somewhere few mainstream releases dare to go: church. All three of these women are involved in their church community and their faith is a big part of how they perceive the world and make decisions. This setup is even more unique because rather than presenting a religious story, this script simply has characters included that hold religion as an important part of their lives.

When you think about it, why not? Certainly we have movies with characters that happen to be lots of other things—workaholics, members of a particular ethnic group, prostitutes, war veterans, lesbians, fraternity members or atheists. And while the attitudes and philosophies of these characters may influence their decisions within the plot, they don’t necessarily determine the backbone of the story.

Consider the recent female-targeted film The Other Woman. Cameron Diaz’s character is a Manhattan lawyer but the movie isn’t about court cases or attorneys (although she does threaten someone with legal action). Instead it’s a story about three women who, after discovering they were cheated on by the same man, vow to get revenge.

So when presented with another trio of women in Moms’ Night Out who happen to be Christian, there’s no reason why this shouldn’t be consistent with any other character sketch we might see in a film. Except for the mere fact that in popular culture we rarely see religious characterizations as simply a backdrop to a person’s life.

My curiosity about Moms’ Night Out led me to contact Andrew Erwin, who wrote the script and (along with his brother Jon) directed the movie. He confirmed that the inclusion of characters of faith was a deliberate decision.

“We find a story we fall in love with and then we organically put the values we hold dear—forgiveness, redemption, self-sacrifice—into the story but in a real way with real characters,” explains Andrew. He adds that he also appreciates how comedy helps people let their guard down and opens them to engage “with things to think about.”

In this production those “things” include a sense of separation and worries about not being able to live up to the ideal person you think you should be. They are the kinds of concerns many women working on the front lines of raising a family might be battling with.

The movie also spreads its love for mothers toward an age demographic that is often overlooked. While her two co-stars Sarah Drew and Logan White both play younger moms with little children, Patricia Heaton’s character is in the latter years of motherhood and is dealing with teenage drama from her adolescent daughter. If that isn’t tough enough, she’s also the pastor’s wife. That puts her in a position of significance within her faith community, which sometimes leaves her feeling a little segregated.

Andrew recognizes the effort Patricia Heaton put into accurately portraying the character. “When she signed up to play the role she said she didn’t ‘want to play a caricature’.” According to Andrew, after Patricia did her research she discovered the plight of a pastor’s wife could be “lonely and isolating,” adding, “She’s often everybody’s confidant but nobody’s friend.” Her resulting performance brings surprising depth to the character.

As is to be expected, there’s a happy ending in store for these moms. But, from Andrew’s perspective, that is not the film’s most important message.

“I want my wife to know that she’s appreciated and what she does as a mom deserves to be applauded and valued.” Andrew stresses, “Moms need that across the board,” and adds he hopes the movie will bring that same meaning to many other women on Mother’s Day.

Andrew closed our conversation with his belief that Christians have shied away from the arts for too long and are just now starting to reengage. If viewers want to see more movies like Moms’ Night Out and other films with positive messages, we must, in his words, “vote with our movie tickets.”

If you agree with his sentiments then the perfect solution may be a mom’s night out that includes a ticket to Andrew and Jon’s new movie. 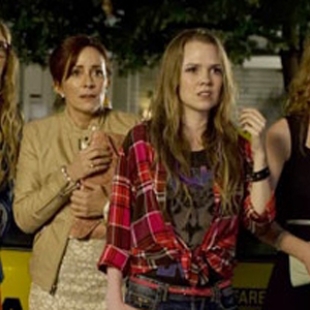 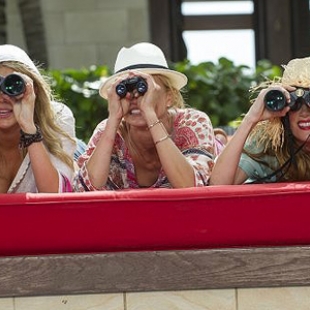 A cheating man is about to face the fury of the women he's scorned.