Netflix has a slimmer release schedule than usual in March, but there are plenty of original productions, with lots of advance interest in Moxie, Yes Day, and Bombay Rose. Familiar classics include Invictus, The Dark Knight, The Pursuit of Happyness, and Two Weeks Notice.

Crazy, Stupid Love Cal has just been dumped by his wife who has tired of their stale marriage. The dejected husband turns to a local playboy for help in improving his image and attracting new bedmates. PG-13, Grade: C-

InvictusHoping sports can unite his divided nation, Nelson Mandela throws his support behind South Africa’s national rugby team. The Springboks have traditionally been loathed by the country’s Black citizens, but they all pull together when the world cup comes to Cape Town. PG-13, Grade: A-

I Am Legend A manmade virus has turned mankind into zombie-like creatures, and scientist Robert Neville believes he’s the only survivor in New York. As he tries to stay safe foraging for needed supplies, he’s also researching a cure for the nightmarish plague. PG-13, Grade: B-

Nights in Rodanthe When Adrienne agrees to look after her friend’s B&B for a few days, she’s looking forward to some quiet time away from her cheating husband and hostile teen. She doesn’t expect to start a relationship of her own with a doctor staying at the country inn. PG-13, Grade: C-

Step Up Revolution In the fourth instalment of the franchise, dancer Emily moves to Miami where she runs into Sean, the leader of a dance crew. But Sean’s not just any dancer: he’s trying to save the dance scene in his neighborhood from a developer who wants to level the current buildings and construct a glitzy hotel. PG-13, Grade: B-

The Dark Knight Christian Bale dons the bat suit in this outing of the caped crusader. Not only does he have to bring the Joker and Two Face to justice, Batman will have to confront allegations that he’s nothing more than a vigilante. PG-13, Grade: C+

The Pursuit of Happyness An unemployed man is relieved to finally get the internship he needs to launch a new career. The problem? It’s unpaid and he and his young son are homeless. For six months, he struggles to maintain the façade of a capable intern as he juggles parenting responsibilities and the challenges of finding a safe place to sleep. PG-13, Grade: A-

Training Day A determined LAPD officer is trying to rid the city of drug dealers but his methods are a concern for the junior officer he’s supposed to be training. Restricted, Content details only

Two Weeks Notice When his company’s in-house counsel gives him two weeks notice, a millionaire businessman is forced to acknowledge that he’s fallen in love with her. Starring Hugh Grant and Sandra Bullock, this film follows the “opposites attract” playbook. PG-13, Grade: B

Black or White Eloise has been raised by her white grandparents since the death of her mother. But when her white grandmother dies, her black grandmother petitions for custody. This is a complex film that refuses to pigeonhole its characters and provides a nuanced look at complex racial issues. PG-13, Grade: B

Moxie (Netflix Original) Vivian has finally had enough of the toxic sexism that pervades her high school. Drawing inspiration from her mother’s rebellious past, Vivian publishes a zine – but the effects are more incendiary than she imagined. PG-13

Parker When a thief gets double-crossed by his erstwhile partners, he seeks revenge. Restricted, Content details only

Safe Haven Kate is running away from dark secrets and thinks she’s finally found a refuge with Alex in an idyllic small town. But then her past catches up with her…PG-13, Grade: B-

Yes Day (Netflix Original) Tired of constant conflict with their kids, two weary parents finally decide that they are going to have a “Yes Day”. Their answer will be “Yes” to whatever the kids want. Sounds risky, doesn’t it? PG

The BFG Roald Dahl’s classic story comes to life in this movie about the Big Friendly Giant who befriends a young orphan named Sophie and takes her on an adventure in the Land of the Giants. PG, Grade: B-

SavagesTwo Californians have been happily harvesting the profits of their grow up until a Mexican drug cartel comes to town. Now they must either join the cartel or get out of business. The drug lords won’t wait patiently for their decision. Restricted. Content details only.

Philomena Unwed and pregnant in the conservative Catholic Ireland of the 1960s, Philomena was taken to a home for “fallen women” where she gave birth only to have her son adopted away. Fifty years later, Philomena joins forces with a journalist on a trans-Atlantic search for her son. PG-13, Grade: A-

A Week Away (Netflix Original) Unhappy at being sent to church camp for a week, a young man in trouble with the law soon finds friends and fun – and a pretty girl. This is a musical with a Christian twist. Unrated

Mandela: Long Walk to Freedom The first Black president of South Africa, Nelson Mandela had a turbulent life as a lawyer, resistance leader, convict, and politician. This biopic is an inspiring look at Mandela’s remarkable life and legacy. PG-13, Grade: B+ 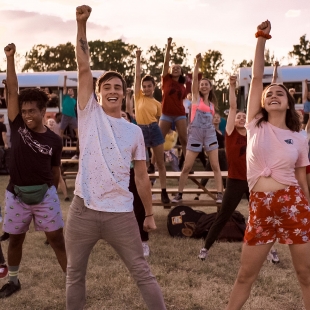 Can summer camp change your life? Maybe if it's got a soundtrack. 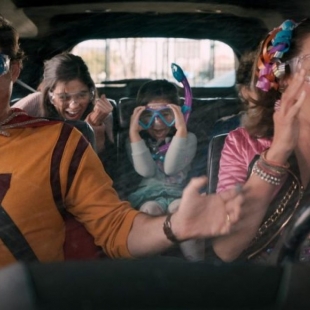 The lunatics are in charge of the asylum...for one day only. 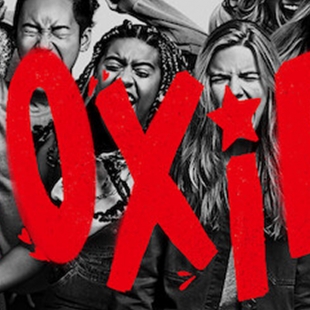 One determined 16-year-old vs the world...they don't stand a chance.