Sticking to its hybrid release model, the Mouse House is distributing its big films this month in theaters and on its streaming platform through Prime Access. Unless you’re willing to pay extra, you’re going to have to wait three months for the blockbusters to stream at no extra charge.

The Sandlot A nostalgic tribute to bygone summers, this film follows the adventures of a group of neighborhood boys drawn together by their love of baseball – and their fear of a particularly terrifying dog. PG, Grade: B+

The Sandlot 2 Set 12 years after the first film, this sequel adds a girl into the mix but doesn’t significantly alter the plot. PG, Grade: B-

Black Widow Natasha Romanoff is faced with the consequences of her past history as a spy and the damaged relationships in her family. This Marvel Studios prequel will debut on Disney+ Premier Access and will be available free of charge to all Disney+ subscribers on October 6.

Flicka When a 14 year old girl falls in love with a wild horse, she must overcome multiple obstacles including a reluctant owner, a winter storm, and a mountain lion before the two can be together. PG, Grade: A

We Bought a Zoo Mourning the loss of his wife, a dad decides that his family needs a fresh start. He packs up his kids and moves to the country, where their new house comes with its own ramshackle zoo. PG, Grade: B+

Ice Age: The Meltdown The animals are thrilled when sunny weather becomes the norm – until the ice melts and the ensuing floods cause an existential crisis. PG, Grade: B+

Walking with Dinosaurs Left with their uncle, two siblings are stuck on a dinosaur bone hunting expedition. But things become more exciting when one of them meets a talking dinosaur named Alex in this live action/CGI story. PG, Grade: B

Jungle Cruise Researcher Lily Houghton travels from London to explore the Amazon River basin in search of an ancient tree with fabled healing powers. Chartering Frank Wolff’s boat and engaging his services as a guide, she begins a perilous voyage that will involve not only the dangers of the jungle but also a German submarine. Available through Prime Access, this film will most likely be available at no charge to Disney Plus subscribers at the end of October.

Garfield the Movie The sardonic, lasagna-loving feline hits the big screen in a story of jealousy and friendship. After luring Odie out of the house, Garfield must come to the rescue when the pooch is in peril. PG, Grade: B 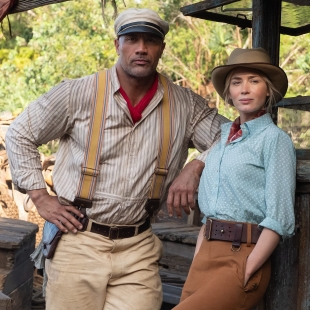 This is no vacation cruise... 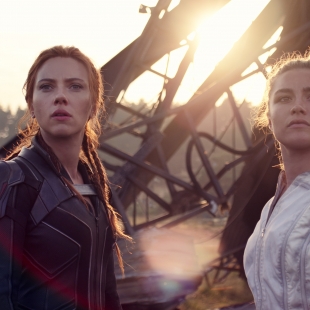 Trapped in the web of the past...