Trapped in the web of the past...

Disney+ and Theaters: When the consequences of her past life as a spy entangle her in a dangerous conspiracy, Natasha Romanoff must deal with the relationships she thought she had left behind.

Violence C
Sexual Content B
Profanity C
Substance Use B

Why is Black Widow rated PG-13? The MPAA rated Black Widow PG-13 for intense sequences of violence/action, some language and thematic material

Natasha Romanoff (Scarlet Johansson) wasn’t always Black Widow, the gunslinging Avenger in a skintight leather jumpsuit. Once, she was just another little girl (Ever Anderson) with a family - her father, Alexei (David Harbour), her mother, Melina (Rachel Weisz), and her little sister Yelena (Violet McGraw/Florence Pugh). They had sleepy lives in a sleepy town in Ohio – but below the surface, things were far from normal. Alexei and Melina were both Russian sleeper agents, and once they accomplished their mission, the entire family was exfiltrated back to Russia. There the sisters completed extensive training, becoming assassins known as Black Widows. Under the control of General Dreykov (Ray Winstone), they were some of the most dangerous agents in the world. Until, of course, Natasha defected to S.H.I.E.L.D., leaving Yelena to fend for herself. Now, the two will have to work together to stop Dreykov and his newest creation - The Taskmaster (Olga Kurylenko).

This movie has been in development purgatory since, arguably, 2004 when Lionsgate bought the film rights. More certainly, it’s been “in the works” since Johansson signed on for the role in Iron Man 2, Typically, movies that spend forever in development don’t turn out well. Recent examples like Chaos Walking or, (shudder) The Dark Tower spring to mind. There’s a reason they get stalled so long between script and screen. Black Widow isn’t quite as bad as The Dark Tower, but it has problems of its own.

My biggest grievance is the writing, which seesaws between tolerable and clunky. Florence Pugh occasionally manages to rescue the material with good dry delivery, but more frequently you just sit through two hours of characters barfing exposition into one another’s mouths like spandex-ed birds feeding their young. But, this being Marvel, that’s not why you’re here. You’re here for the exciting stunts and explosions. Those are definitely present, but they lack the polish you see in bigger releases like Endgame, Ragnarok, or Black Panther.

Marvel films have, broadly, the same negative content concerns. You can always expect lots of martial arts violence, not a lot of blood, tons of explosions, and a pinch of profanity. Maybe the occasional innuendo. But since Marvel is owned by Disney, you’re not going to see much more than that. If you’re comfortable showing your kids literally any other film in the Avengers franchise, then they’ll be just fine watching this one. The real question is, do you want to sit through another two hours of latex-clad vigilantes causing incalculable damage to the local infrastructure? Me, I’d rather take a nap.

Watch the trailer for Black Widow

Violence: There are frequent scenes of hand-to-hand comabat, shootings, stabbings, and explosions. There are several shots showing broken bones.
Sexual Content: There is one brief non-explicit sexual reference.
Profanity: There are eight uses of scatological profanity and occasional uses of mild curses and terms of deity.
Alcohol / Drug Use: Adults are briefly seen drinking socially.

Natasha and Yelena both struggle to come to terms with their family. How do Alexei and Melina react to their reappearance? How do their decisions affect their relationship? What do you think they learn from the experience? How does that influence Natasha’s decisions regarding Antonia? What does Natasha learn about family generally?

Obviously, other Marvel films are going to go well with this. Specifically, this film references events in Captain America: The Winter Soldier, Captain America: Civil War, Avengers: Age of Ultronand Avengers: Endgame. Natasha Romanov first appeared in the MCU in Iron Man 2, and had a much larger role as Black Widow in The Avengers. 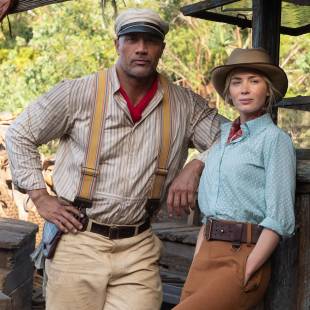