Another Narnia Movie On Its Way But Can The Producer of Grey’s Anatomy Make It Work?

The last Narnia adventure put to film, The Voyage of the Dawn Treader saw reasonable results at the box office but after Walden Media went through a restructuring earlier this year the movie series, based on C.S. Lewis’s novels, has found another home for its motion picture production. The C.S. Lewis Company, in which Lewis’s stepson Douglas Gresham is still highly involved, has chosen The Mark Gordon Company to bring the next novel, The Silver Chair to the screen. While Mark Gordon’s previous projects (he’s produced a slew of movies dating back to Swing Kids and Speed along with Saving Private Ryan and TV series Grey’s Anatomy and Criminal Minds) may leave you thinking he’s anything but a natural fit for the land behind the wardrobe, he claims otherwise. In a statement he says, “Like many readers, both young and old, I am a huge fan of C.S. Lewis’s beautiful and allegorical world of Narnia. As we prepare to bring the next book to life, we are humbled and excited to contribute to the outstanding legacy of Narnia.”

Fans of the cherished series can only hope the veteran producer can bring the spirit of Lewis’s words to life. The good news is if a guy like Gordon is interested in taking the Narnia film franchise on, there’s hope it will do even better at the box office and we will see more instalments put to film. A weak box office over the past couple of years are leaving producers and studios fearful of investing hundreds of millions into a film that may only barely exceed—or not even meet—its costs. Films like Narnia that include fantastical elements are typically pricey due to effects and other extensive production requirements. (Although dollars don’t always equal storytelling quality. One of our family’s favorite versions is this BBC production from the 1970s

No matter what the outcome, at least we have a new Narnia outing to look forward to! 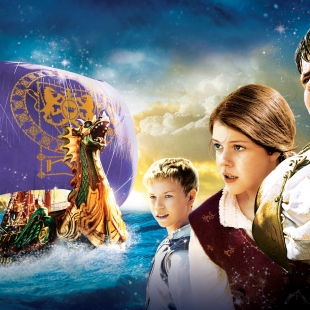