It isn’t often the president of a company extols the virtues of failure but that is exactly what Ed Catmull did during a forum address at Brigham Young University. However his advice on achieving success from failures applies to students, business leaders, educators and employees.

Catmull, a computer scientist and President of Walt Disney and Pixar Animation Studios, told students, “Failure is the consequence of trying something new.”

“As students learn to see, they can begin to solve problems with creativity. Creativity is about solving problems.”

Catmull shared the story of his own struggle that left him without the ‘ability to see.’ It was a two-decade long dream to create an animated film. That dream finally became reality with the release of the movie Toy Story.

During his address, he suggested three keys people can use to overcome the roadblocks to creativity. First he said, question your honesty, acknowledging that many people aren’t candid about addressing problems.

“We need to think more about the actual problems and not just address the symptoms.”

The second key is to accept failures and mistakes. He told the audience that many lessons in life are learned from failure but it is not a “necessary evil”. Rather it can be something that sparks creativity.

Finally he told students to protect new and fragile ideas. The 2009 movie Up began as a very different story about a king, his two sons and a bird.

“This version didn’t work. In the final version, all that was left [of the original ideas] was the bird, and the word UP,” said Catmull.

The guest speaker encouraged the audience to look backwards for lessons not excuses.

“Solving the problems we face is not an impediment to the job, it is the job. Ease isn’t the goal, excellence is.”

Catmull has also co-authored a book with Amy Wallace titled Creativity Inc.: Overcoming the Unseen Forces That Stand in the Way of True Inspiration. 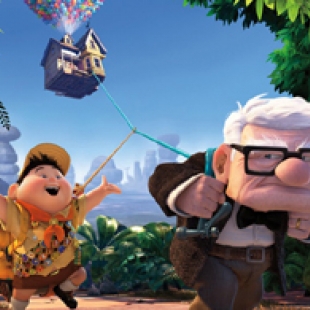