The production is likely to be all the older fans had hoped for. Older audiences will undoubtedly laugh and cry for all the right reasons.

It is a toy's worst nightmare to be discarded by his or her owner (as we learned in Toy Story 2). And Woody and Buzz Lightyear (voices of Tom Hanks and Tim Allen) are about to go through this rude awakening when a college-aged Andy heads off to school and the pair, along with the rest of his playthings, are donated to a day care center.

Toy Story 3 is arguably the most eagerly awaited family movie of 2010. After the huge success of Toy Story fifteen years ago, followed by Toy Story 2 in 1999, it is little wonder the kids who grew up with these movies are anxious for another look at these characters. While I have no worries this Disney/Pixar animation will please this now almost grown-up crowd, parents of younger children may find this new adventure and its maturing storyline is more intense than their expectations.

Andy (voice of John Morris), the owner of the toys, is now 17-years-old and getting ready to leave for college. His mom (voice of Laurie Metcalf) insists he goes through his belongings before he leaves, suggesting he sort them into boxes labeled “attic” (for storage), “donations” and “trash.” From the perspective of his playthings, which have been relegated to the toy box for a long time, this is a heart wrenching moment. The situation feels even worse when Woody (voice of Tom Hanks) is placed into the coveted “going to college” box and the rest of the gang are pitched into a garbage sack.

Although Andy intends to put the bag in the attic, his choice of packing container leads to a near rendezvous with a garbage truck. Desperate not to end up at the landfill, Buzz, Jessie, Mr. and Mrs. Potato Head, Slinky Dog, Rex, Hamm and Barbie (voices of Tim Allen, Joan Cusack, Don Rickles, Estelle Harris, Blake Clark, Wallace Shawn, John Ratzenberger and Jodi Benson), choose instead to climb into the donation box headed to a daycare center. Meanwhile Woody, who is the only one who knows the unfortunate incident was all a mistake, follows behind hoping to convince the others to come home.

But the group is unwilling to accept Woody’s wild tale of accidental disposal, especially after they arrive at the facility and are greeted by a strawberry scented bear named Lotso (Ned Beatty). Introducing them to the horde of other toys that reside at Sunny Side, their pink host assures the new arrivals they will always be played with and never forgotten again.

Andy’s outgrown toys are convinced they have found a new home, yet Woody still isn’t comfortable with the seemingly perfect arrangement. When he insists on heading back, the others decide it is time to part company.

Woody begins his arduous journey believing his pals have found a better place, until he meets Chuckles (voice of Bud Luckey), an escapee from Sunny Side. The sad-faced clown explains the daycare is actually a prison-like place where toys endure torturous treatment by very active youngsters during the day and by night face the oppressive rule of the two-faced Lotso and his cohorts, including Ken (voice of Michael Keaton) and an eerie looking doll named Big Baby. Woody returns determined to free his friends, and the film transitions into an adventure on the level of The Great Escape.

As the plot delves into scenes of characters facing perilous situations, the focus of the script moves away from the jokes and fun displayed in the earlier movies. And this is where the great age divide takes place. Frightening characters (like a cymbal-clapping monkey employed as a security guard and trucks with prowling headlights used as guards) are coupled with life-threatening moments (such as a scene where the heroes are on the brink of death and grasp each other’s hands while awaiting their ultimate doom). These creative decisions are sure to make some families wonder how the movie managed to garner a G-rating from the MPAA.

Still, the production is likely to be all the older fans had hoped for. Highly imaginative concepts will keep their attentions engaged, while amazing animation and performances packed with real drama will have them forgetting they are really just watching pixels on a screen. Age appropriate audiences will undoubtedly laugh and cry for all the right reasons, while parents of wee ones may want to preview it first or wait for the home video release to avoid fearful tears.

Watch the trailer for Toy Story 3.

Violence: There are many perilous scenes in this film while the toy characters are locked in a daycare that is more akin to a prison. Children aggressively play with them and knock them apart. Battered and bruised, they spend the night trying to escape, depicted in dark scenes with scary music. Some characters are frightening looking, including an evil cymbal-clapping monkey and a large baby doll with one broken eye. Later, at a landfill, characters are about to be shredded and then burned, creating a very intense scene. Separation between characters may also be emotionally troubling for young children. An opening sequence features characters trying to save a runaway train headed for a bridge that has been bombed.

Sexual Content: A couple of vague sexual references are heard. A male character is seen without a shirt.

Language: The word "butt" is heard. A character makes a vague scatological remark.

How do you feel about Toy Story "growing up"? Would you have preferred a story that still placed Andy as a child? What were some of the creative risks taken in this new version?

How do our feelings toward inanimate objects change once they are given a voice and movement? Do you think this movie will make it more difficult for children to part with their toys?

The most recent home video release of Toy Story 3 movie is November 2, 2010. Here are some details…

Toy Story 3 releases to home video on November 2, 2010. The movie will be available in DVD, Blu-ray and as a DVD/Blu-ray combo pack.

- Buzz Lightyear Mission Logs: The Science Of Adventure (with NASA)

- Beyond The Toybox   Commentary Track

- Roundin’ Up A Western Opening

- The Accidental Toymakers Of Pixar

- Life Of A Short

- Dancing With The Stars at Pixar

This set contains all of the extra features available with the DVD and Blu-ray versions, plus DVD, Blu-ray and Digital copies of the feature film.

This is the sequel to the highly successful films Toy Story and Toy Story 2. 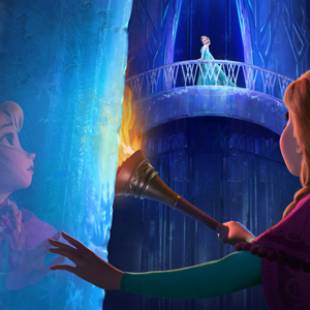