Streaming on Disney+: A charming tale with a quirky young protagonist that will delight viewers of all ages.

Timmy Failure is an 11 year old detective, assisted by his imaginary polar bear friend. The duo do their best to keep the streets of Portland safe from crime.

Violence B
Sexual Content A
Profanity B
Substance Use A

Timmy Failure (Winslow Fegley) is an 11-year-old who runs his own detective agency along with his business partner, an imaginary 1,200-pound polar bear named Total. Together they try to protect Portland from backpack thieves, homework, and Russian operatives.

Family comedies have to toe the line between humor for children and humor for adults. Many lean too far one way or the other, but Timmy Failure: Mistakes Were Made is a perfect balance. I laughed through the entire run time. The jokes are well written, which will appeal to adults, while also adding in some silly moments that children will love. Timmy is perfectly deadpan almost the whole time, making the absurd situations he finds himself in even more comical. His imagination runs away from him a lot, which leads to some entertaining “what if?” scenarios. Also, there is a cat named Señor Burrito. If that alone is not enough to convince you to watch this movie, then I don’t think we would get along.

Along with being hilarious, this film also has a lot of heart. Timmy is struggling with school and relating to his peers. Timmy’s mom, Patty (Ophelia Lovibond), is trying to provide for her son as a single parent, while also endeavoring to figure out his eccentricities. She is not a perfect parent, but she is making an effort, and she is willing to admit when she makes a mistake, which makes her a dynamic and relatable character.

The movie is set in Portland, which lends a lot of amazing weirdness to the background. One of my favorite jokes, which I won’t spoil, has to do with hipsters. Many of the minor characters are quirky and unique, adding an extra dimension to the setting. Wallace Shawn particularly stands out as Mr. Crocus, Timmy’s teacher who is not sure how to handle a kid like this.

I highly recommend this film not just for kids, but for all ages. It’s a funny, earnest story about an eccentric young boy and the people trying to understand him. It has very few content concerns, making it a great option for family viewing.

Watch the trailer for Timmy Failure: Mistakes Were Made

Violence: A man punches another man in the face. They fight in a slap stick manner.
Sexual Content: None
Profanity: 1 mild expletive, two instances of terms of deity used.
Alcohol / Drug Use: None

What are some of the consequences of Timmy’s actions? How do his choices affect his mom, his teacher, and his classmates?
Timmy’s mom often says, “Normal is for normal people”. What does she mean by this? How does Timmy embody this attitude?

Harriet the Spy by Louise Fitzhugh is a classic series of an inquisitive young girl who loves to solve puzzles.

The Hardy Boys series follows two intrepid brothers as they solve all manner of bizarre and unusual crimes. Similar in tone, the Nancy Drew mysteries follow a teenage girl and her friends as they apprehend wrongdoers.

The most recent home video release of Timmy Failure: Mistakes Were Made movie is February 7, 2020. Here are some details…

Other stories about detectives that kids will enjoy include Sherlock Gnomes, The Rescuers, and Disney’s classic, The Great Mouse Detective.

Fans of teen sleuths can watch the latest reboot: Nancy Drew and the Hidden Staircase.

Four siblings on vacation are surprised when they encounter Russian spies in Swallows and Amazons.

Related news about Timmy Failure: Mistakes Were Made 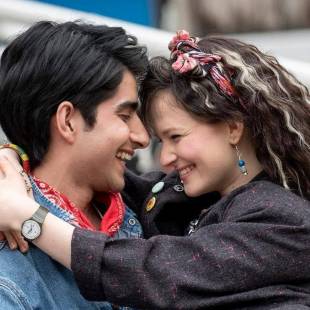