The Tragedy of Macbeth Parent Guide

Less violent and sexual than previous adaptations, this superb film is an excellent introduction to one of Shakespeare's most famous tragedies.

Apple TV+: After receiving a prophecy from three witches, the enterprising Lord Macbeth sets his sights on the Scottish throne, with the help of his ambitious wife.

Violence C
Sexual Content A-
Profanity A
Substance Use B

Victory for King Duncan of Scotland (Brendan Gleeson) on the field of battle against the King of Norway and some treasonous thanes has brought honour to Macbeth (Denzel Washington), Thane of Glamis, and his friend Banquo (Bertie Carvel). While traveling across the heath to receive honors from the King, they encounter three strange witches (all played by Kathryn Hunter) who prophesy that Macbeth shall be, not only Thane of Glamis, but of Cawdor, and later, King of Scotland. However, though he shall be king, it is Banquo’s line that will inherit the crown. Filled with dreams of power and nobility, Macbeth writes home to his wife (Frances McDormand) to inform her that King Duncan will be coming home with him to celebrate, and that they have an opportunity to take his place…if they have the courage to do the unthinkable.

Directed by Joel Coen, and with a tremendously impressive cast, this production gave me high expectations. Unusually, they were met and exceeded. Without making any major changes to the play’s original dialogue, Coen managed to put a very distinctive visual stamp on his adaptation, one which encourages viewers to think about the themes and ideas of the original text. The stark, stylized sets bring the characters into sharper focus, and give the audience a sense of the stage. It’s a beautiful, if somewhat liminal, film to watch, and that dreamlike quality makes it very different from any version of Macbeth I’ve seen before.

Of course, the success of any Shakespearean production is dependent on actors. Denzel Washington and Frances McDormand do a stellar job as the murderous power couple, but the parts that really stood out to me were smaller roles. Brendan Gleeson is wonderful, warm, and avuncular as King Duncan, a character who’s dead by the end of the second act. The player that really knocked me dead, however, was Kathryn Hunter as the Weird Sisters. Her intense physical performance, unnerving vocal choices, and huge staring eyes make the dreamlike sets feel like a nightmare. She’s superb, and I wish the play had room for more of her characters.

Teachers and parents will be relieved to hear that this is much less violent and sexual than some other cinematic adaptations, making it an excellent choice as a teaching tool. I wouldn’t recommend it for young children, who would struggle with the Early Modern English of Shakespeare anyway, but it shouldn’t cause any problems for teenagers. Hopefully, the unique style and powerhouse performances can help bring Shakespeare to life for students and fans of the Bard the world over.

Watch the trailer for The Tragedy of Macbeth

Violence: Several characters are stabbed and killed. A child is thrown into a burning building. A man is beheaded. Various severed fingers are seen. Suicide is implied. A character goes mad and hallucinates.
Sexual Content: There is a scene of brief mild innuendo.
Profanity: None.
Alcohol / Drug Use: A character is depicted as intoxicated. Adults are briefly seen drinking with dinner.

The Tragedy of Macbeth Parents' Guide

How do Joel Coen’s creative decisions affect how you perceive this story compared to other productions? What does he do differently? How does that affect different themes of the story? What are the biggest differences between this version and others? What are some of Shakespeare’s alleged motivations for writing the play in the first place? How do Elizabethan concepts and ideas affect the events of the play? Do any of those ideas translate into modern society?

Guilt is a major theme of Macbeth. How do Macbeth and Lady Macbeth work with their guilt in the murder of Duncan? How do their subsequent actions reflect on their original intentions? How do you think the play would have differed if Macbeth had received different prophecies from the Weird Sisters? What do you think their motivation was?

Tragedies have been described as “good men coming to a bad end”, or as individuals driven to tragedy by their own character; that they could have made different choices, but because of who they are, never would. What was good in Macbeth’s character? How was he corrupted? What in his character led him to his tragic end?

If you’re interested in how Shakespeare is read and performed, then I recommend watching Sir Ian McKellen’s analysis of Macbeth’s Act V soliloquy, found here on YouTube.

Obviously, you should read the original play, Shakespeare’s Macbeth. I would also recommend Julius Caesar, Henry V, Richard III, Hamlet, and King Lear. Texts of Shakespeare’s work are widely available on the internet and can be found at The Folger Shakespeare, MIT’s Shakespeare Collection, and Shakespeare Online, amongst others.

There have been other adaptations of Macbeth, including a 2015 version starring Michael Fassbender, a 2006 version starring Sam Worthington, and my personal favorite released in 2010 starring Sir Patrick Stewart. Other examples of Shakespeare on film include Kenneth Branagh’s Henry V and Much Ado About Nothing, King Lear starring Sir Anthony Hopkins, and Baz Luhrmann’s Romeo + Juliet. Adult fans of this approach to filmmaking will likely enjoy The Green Knight, The Witch, or The Lighthouse.

Related news about The Tragedy of Macbeth 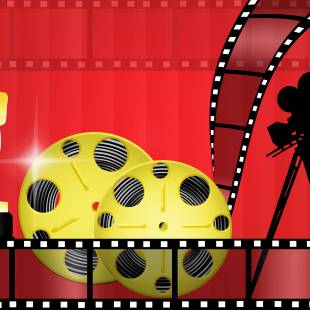