Streaming on Amazon: A painfully violent look at police violence in the suburbs of Paris, this movie isn't for the faint of heart or queasy of stomach.

When police officer Stephan Ruiz moves to Paris to join the Anti-Crime Brigade of Montfermeil, he discovers a world where police don't enforce the law - they are at war.

Issa (Issa Perica) is a troublemaker. Frequently caught stealing, he has a fraught relationship with his parents and spends a lot of time with his friends on the streets of Montfermeil, a suburb of Paris. Police officer Stéphane Ruiz (Damien Bonnard), on the other hand, has just moved to town for a chance to be closer to his son. He is assigned to work with Gwada (Djebril Zonga) and Chris (Alexis Manenti), who turns out to be dangerously unstable and prone to violence. When Issa steals a lion cub from a travelling circus, the three officers soon catch up with him. The arrest goes awry, and suddenly everyone is forced to take a hard look at their choices, past and future.

I’ll start with the warnings: this movie is by no means suitable for children or the squeamish. Brutal violence, some of which is directed against children, and frequent extreme profanity make this a poor choice for family movie night. There are more than a few homophobic and racial slurs tossed in, just in case you were on the fence. This is also a French film, which means reading subtitles. I don’t mind, personally, but it can be difficult in an action movie like this to follow the action and the dialogue at the same time. My advice? Read faster or learn French.

Les Misérables, not to be confused with the Victor Hugo novel of the same name (or the musical adaptations derived therefrom), is a complicated film, but it wears it well. The story is a touch convoluted, at times heavily encumbered, but that complexity makes the characters spring more fully to life. The heat and tension in this small Parisian community feel tragically real as the characters progress inexorably along a downwards spiral of fear, mistrust, and violence.

The film focuses on the relationship between the police, criminals, and citizens in the community, and addresses a lot of anxieties people have about the safety of their neighborhoods - and not just protection from criminals. Policing which becomes, shall we say, “overzealous” is arguably a larger concern for most of these people than their local drug dealer ever will be. Watching Chris “police” the neighborhood - frisking teenagers, threatening kids, and generally making a menace of himself - reinforces that concern all too well.

The greater tragedy is that this film was inspired by a real incident - a case of brutal police violence in Montfermeil, which was captured partially on film by a resident. That resident? Ladj Ly, the director of Les Misérables. Art imitates life, but it can sure make the art depressing.

Watch the trailer for Les Miserables (2019)

Violence: A child is shot in the face with a rubber bullet and severely injured. An individual is pepper sprayed. People are severely beaten with a variety of objects. People are threatened with extreme violence.
Sexual Content: There are several instances of crude sexual language. There is a brief reference to prostitution.
Profanity: There are 49 uses of extreme profanity, 12 uses of scatological profanity, and perhaps a dozen other profanities.
Alcohol / Drug Use: Individuals are shown drinking beer. Individuals are shown smoking marijuana. There are references to drug dealing.

Police brutality is a difficult issue. What are some instances that have been in the news lately? What do you think can be done to reduce these kinds of events? Has your local police department been accused of police brutality?

These issues often seem to have a racial component. Do you think race or socio-economic class has more to do with the issue?

Police violence takes center stage in The Hate U Give. When Starr witnesses the shooting of her unarmed friend by a police officer, she has to decide whether to speak out or remain silent.

Black and Blue tackles police violence and corruption. A young rookie is horrified to see a fellow officer murder a drug dealer in cold blood. She has to get to the station so her bodycam footage can be downloaded. But corruption has spread its tentacles throughout the force and she doesn’t know who she can trust. 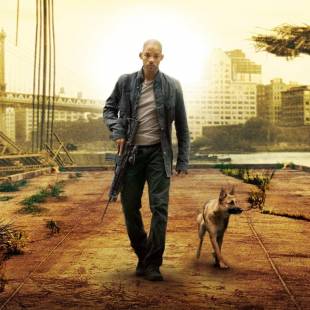