Make sure you are paying attention to this complex plot because a momentary lapse of focus may leave you as dazed and confused as Langdon!

Tom Hanks reprises his role as Robert Langdon, a man who now finds himself suffering from amnesia. Fortunately, he has not forgotten how to decipher symbols. And that skill is in desperate need if mankind hopes to prevent a global epidemic.

Violence D+
Sexual Content B-
Profanity C-
Substance Use B-

Why is Inferno rated PG-13? The MPAA rated Inferno PG-13 for sequences of action and violence, disturbing images, some language, thematic elements and brief sensuality.

Just in case you can’t find enough things to worry about, Inferno sets up an apocalyptic scenario involving a deadly pandemic. Opening in theaters just in time for flu season, Tom Hanks returns to his role of Robert Langdon (the key protagonist of Dan Brown’s series of novels, one of which inspired this movie). Usually the academic sleuth can solve any puzzle (as we saw him do in The Da Vinci Code and Angels & Demons.). But this time the professor can’t even recall the day of the week when he wakes up in an Italian hospital with a gash on his head. All his brain is full of are ghoulish hallucinations involving masses of grotesque-looking people being consumed by flames.

Fortunately, the doctor on duty recognizes the scholar’s face, having seen him at a conference when she was a child. Beautiful and well versed in antiquities herself, Sienna Brooks (Felicity Jones) is also part action hero when an assassin dressed as a police officer (Ana Ularu) enters the hospital and begins taking aim at Langdon. Sienna manages to get him back to her apartment where the pair begin untangling the mystery of Langdon’s injuries and why he’s in Italy. When the professor discovers he’s carrying a biohazard vial in his pocket, he does what any deluded individual would—he opens it. Once inside, they find a device that projects the image of the Map of Hell, an iconic illustration from The Inferno of Dante Alighieri.

From here the plot unfolds into a picturesque tour of Europe and a tangled tale involving billionaire Bertrand Zobrist (Ben Foster). As eccentric as wealthy, Zobrist is best known for touting a controversial theory forecasting human extinction because of overpopulation. Secretly he has engineered a virus that will solve the crisis by exterminating half of mankind. Zobrist’s twisted ideals turn out to be contagious like his planned plague, which further blurs the audience’s ability to know which characters can be trusted.

Mixing action with history, Inferno doesn’t even momentarily condone its antagonist’s solution to the world’s growing populace. Yet it certainly eliminates more than a few scoundrels from its cast, dispatching them through a variety of means. We see shootings, beatings and stabbings, which are sometimes accompanied by blood and sound effects, as well as graphic detail. Other content issues include infrequent profanity, with the use of a single sexual expletive, and a brief sensual scene between clothed characters. Finally, the screenplay depicts some medical procedures (not all of which are intended for the recipient’s wellbeing) such as a hypodermic injection and a brief shot of a surgical laceration.

You’ll want to make sure your popcorn is full before starting this complex trek because a momentary lapse of focus will leave you with a similarly dazed and confused feeling as Langdon’s. Parents considering sharing this fairly compelling thriller with their older children may find Inferno sparks an interest in seeking out more information about the classic poem that surrounds this story. On the other hand, the more than necessary violence portrayed here may prevent it from being a blazing choice for teen audiences.

Why is Inferno rated PG-13? Inferno is rated PG-13 by the MPAA for sequences of action and violence, disturbing images, some language, thematic elements and brief sensuality.

Violence:
Characters are in peril throughout this film and are chased by others with weapons and murderous intentions. Death threat are uttered. Several wounds are shown with blood and detail – some are from medical procedures and others are violently inflicted. The use of guns and knives to kill others are graphically depicted in a couple of scenes. A man commits suicide by throwing himself off of a tower—he hits several obstacles before smashing into the pavement. Another character accidentally falls and is killed. Several corpses with bloody injuries are shown. A man is tormented by hallucinations that feature grotesque images, distorted humans, killings with axes and swords, along with explosions and fire. A man is bitten by a snake. A hypodermic needle is stabbed into a character’s neck. Characters commit a robbery. Bombs are detonated. Characters are nearly drowned. Mankind is threatened with a pandemic.

Sexual Content:
A couple kisses passionately. A woman lies on top of a man in bed and kisses him (both are clothed).

Language:
One sexual expletive is used, along with infrequent scatological slang, mild profanity and terms of deity.

Alcohol and Drug Use:
Medical treatments like IVs and incisions are seen. A character is injected with a drug against his will.

Overpopulation of the world has been a talking point since the 1960s. However, there are conflicting views. A search on the term “over population” will provide a range of opinions. A couple of interesting sites include the World Population Clock from the U.S. Census Bureau and a live population report from various other countries at worldometers.info.

Dante’s Inferno is a 14th century poem written in Italian by Dante Alighieri. It is the first part of a larger work known as Divine Comedy. The poem describes a Hell made up of nine levels, with each descending section reserved for specific sins—the judgements of the severity of the transgression being the opinion of Dante. Also interesting is Dante’s inclusion of specific contemporary and historic people whom he felt would be included in each level. There are many English translations (even a video game), including this complete 1980 version. The Map of Hell is an illustration created by Italian artist Sandro Botticelli that was included in an early manuscript.

Inferno is based on a novel by Dan Brown, who also penned The Da Vinci Code.

From the Studio: Academy Award® winner Ron Howard returns to direct the latest bestseller in Dan Brown's (Da Vinci Code) billion-dollar Robert Langdon series, Inferno, which finds the famous symbologist (again played by Tom Hanks) on a trail of clues tied to the great Dante himself. When Langdon wakes up in an Italian hospital with amnesia, he teams up with Sienna Brooks (Felicity Jones), a doctor he hopes will help him recover his memories. Together, they race across Europe and against the clock to stop a madman from unleashing a global virus that would wipe out half of the world's population. Written by Sony Pictures Entertainment

The most recent home video release of Inferno movie is January 24, 2017. Here are some details…

This movie is a sequel to The Da Vinci Code and Angels & Demons. 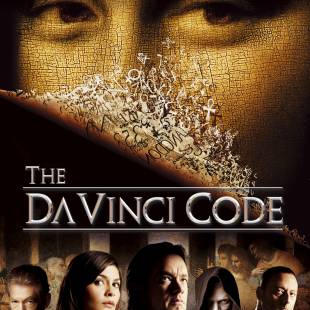