With strong statements about working together, "The Incredibles" celebrates family life in a way that few movies ever dare to do.

Mr. Incredible (voice of Craig T. Nelson) is a superhero who was forced into hiding and retirement because of legal and liability issues. Now a frustrated cubical worker, he leaps at an unexpected chance to don his mask and Spandex suit once more. But his reckless desire for adventure threatens to expose his cover and put his family members (who also have "incredible" capabilities) into harm's way.

Violence C+
Sexual Content A-
Profanity A-
Substance Use A

Over and over audiences have marveled at the abilities of Pixar Animation to present incredible visuals matched with incredible stories. Incredibly (yes… that word will be used a lot to describe this film), they’ve one-upped themselves again.

Skilled at finding scripts that speak to audiences young and old, Pixar discovered the story for The Incredibles after Brad Bird pitched it to them. Bird isn’t a filmmaker with a huge list of independent credits, and the cartoon televisions series he has consulted on are likely ones you have told your kids to be wary of, such as The Simpsons and King of the Hill. But he did helm one movie that caught our attention a few years ago called The Iron Giant in which Bird demonstrated he could create family fare with heart—and that’s what makes The Incredibles so… well… you know.

More than the fantastic animation, which improves with each passing year, or the tremendous range of computer generated sets and locations created for this film; it’s the believable portrayal of this totally unbelievable family of superheroes that makes this movie a blast to watch. Like Toy Story and many other Pixar pics, you will grow to love these characters.

We quickly bond with Mr. Incredible (voice of Craig T. Nelson). He’s your average superhero doing his best to keep the city streets safe. He spends time with his buddy Frozone (Samuel L. Jackson) and, while on the job, he meets and eventually marries Elastigirl (Holly Hunter). But legal issues force him, and all the other superheroes, into hiding. Assisted by the government, they are provided with new identities and relocated.

Fifteen years pass, and Mr. Incredible has become Bob Parr, a punch-the-clock insurance guy who hates his job. His wife, now called Helen, and their three children—invisible capable teen Violet (Sarah Vowell), turbo runner Dash (Spencer Fox), and apparently normal baby Jack Jack (Eli Fucile, Maeve Andrews)—all live in the suburbs where they do their best to look “normal.” At the same time, they wrestle with all the typical foibles a family faces, such as arguing children and a midlife crisis.

But things don’t go smoothly when Bob, frustrated with his dishonest boss, accidentally throws him through a few walls. Out of work, that superhero hope springs eternal when he receives a mysterious job offer to take care of a wayward robot on a remote tropical island. Secretly donning his superhero Spandex, Bob doesn’t want his wife to know he’s risking revealing their identity—which would put their entire lives back into upheaval.

With strong statements about working together, The Incredibles celebrates family life in a way that few movies ever dare to do. Even better, these messages come across as smoothly woven lines in an intelligent and hilarious script, in which one child exclaims, “Mom and dad’s life could be in jeopardy… or even worse… their marriage!”

One issue parents may have with this excellent film is the animated violence. An early scene depicts a man attempting to commit suicide (he is rescued). Characters in others are shown tossed around by robots, involved in explosions, car chases, hand-to-hand combats, and in a series of violent events typical of a superhero workday. There is no blood or gore, but some young children may become frightened.

However, the 8 to 80 crowd will likely leave the theater wondering why we can’t have more Incredibles like this movie.

What unique talents do members of your family have? How can these diverse abilities be used to help your family as a whole?

If you could have any superhero power, what would it be? What would you use it for?

The most recent home video release of The Incredibles movie is April 12, 2011. Here are some details…

The Incredibles release to Blu-ray in a Four-Disc Blu-ray/DVD Combo + Digital Copy package. Bonus materials include:

- Ending With a Bang!: Making the End Credits

- Plus the classic DVD features

Invite this family of superheroes into your home on a two-disc set, which offers commentary by writer/director Brad Bird, producer John Walker, and some of the movies’ animators. A making-of documentary introduces you to the zany genius behind the blockbuster. With as much energy as the characters of his script, Bird discusses deleted scenes and an alternate opening (which defends motherhood as a career choice). Additionally, there are seven featurettes describing the artistic process involved in making 3D computer-animation. (Some of the participants use mild profanity and terms of deity as expletives.)

Other bonus features include “Jack-Jack Attack” (where the babysitter talks about her experiences with the child who was too hot to handle), “Top Secret NSA Files on all the Supers” (learn more about the heroes incidentally mentioned in the movie), “Mr. Incredible & Pals”(a mock low-budget, Saturday-morning-style cartoon that becomes funny when you listen to the commentary provided by Mr. Incredible and Frozone), and Vowellet (an interview with Sarah Vowell, the voice talent behind Violet.)

Of course the usual Pixar extras are provided, such as a small collection of bloopers and “Incredi-Blunders” and the short film that ran before The Incredibles when it played in theaters. “Boundin,” is the story of a sheep whose pride is shorn with his wool. A jack-elope teaches him happiness can be found in more than his outward appearance. Bud Lucky, who created this piece, provides a commentary track.

The DVD is available in Digital 5.1 EX, with audio tracks in English, French and Spanish, with English subtitles.

A family of crime fighters pools their abilities in the movie Spy Kids. Other superheroes to grace the silver screen are Superman (1978) and Spider Man 2002& 2004

Related news about The Incredibles 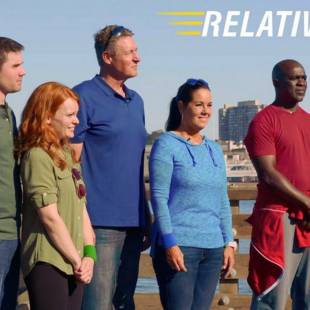 New Show On BYU-TV Is More Than Relatively Engaging