I Care a Lot Parent Guide

The story is violent, complex, and messy, but the moviemaking is tight and tidy.

Ripping off the elderly ought to be an express ticket to hell, but that’s never stopped Marla Grayson (Rosamund Pike), who has made a fortune exploiting people in her guardianship service. She and a team of corrupt doctors, officials, and care home workers find wealthy seniors who don’t have attentive families and then proceed to exaggerate their illnesses. They get the unsuspecting elders admitted to care homes with Marla as their legal guardian. Now that she has the ability to manage their assets, she drains their bank accounts.

When Marla finds Jennifer Peterson (Dianne Wiest), a seemingly perfect target, she bites off a lot more than she can chew. Sweet old Jennifer seems to have connections with some very dangerous members of the Russian mob – most notably, her son Roman (Peter Dinklage), who wants his mother back, right now. But Marla hates to lose…

I think our society somehow perceives so-called white-collar crime as being somehow less serious than other crimes. Victims of violent crime suffer fear, anxiety and despair – but so do people whose financial lives have been destroyed and who have lost hope for the future. To whitewash these crimes as “white collar” and therefore less important minimizes the suffering of the victims of these more sophisticated criminals. And criminals are exactly what these lawbreakers are, however well tailored their clothing or sophisticated their methods.

So, spoiler alert, there are no good guys in this movie. Marla is obviously an odious, if driven, parasite who exploits the most vulnerable members of society. Roman and his sweet old mother are tied in with organized crime. Almost everyone else you see is complicit in some way in the crimes going on in this film. That said, the acting is impressive, and brings these characters some nuance as anti-heroes while highlighting their terrible behavior.

If the plot synopsis isn’t indication enough, let me state flat out: I Care a Lot isn’t a movie for children. Apart from the fact that the subject matter is both too dark and too bureaucratic for younger audiences, there is a good amount of cussing going on for the entire runtime. You’re also treated to a broad spectrum of violence, including (but not limited to), beatings, attempted drownings, drugging, poisoning, tasering, choking, and just good old fashioned homicide. This movie could be enjoyable for adult audiences who can tolerate the profanity and who understand nuance – but not if you think Wall Street is some kind of inspirational film in praise of the stock market. I Care a Lot is violent, complex, and messy – but only within the story. The shooting, acting, and writing are all fairly tight, and that’s not all that common.

Violence: Individuals are threatened with murder and rape. Characters are variously shot, beaten, tasered, knocked out, choked, asphyxiated, and murdered in ways that are then staged as accidents.
Sexual Content: A couple are shown making out on several occasions, once in the shower. No nudity is seen. A character is briefly seen in her underwear while changing out of wet clothes and into dry ones. There is a brief non-sexual scene of posterior male nudity.
Profanity: There are 43 uses of extreme profanity and five scatological curses. There are also semi-frequent uses of mild profanity and terms of deity.
Alcohol / Drug Use: Individuals are shown drinking socially and vaping. Characters are involuntarily injected with a variety of drugs and alcohol. There are references to drug smuggling but this is not seen, nor are any illegal drugs.

I Care a Lot Parents' Guide

Marla doesn’t respond to threats, and indicates that this is because, as a woman, she has been threatened her entire life. What can we do as a society to address the problems of misogyny and violence against women?

Other recent critiques of the wealthy include The White Tiger, All the Money in the World (starring the late great Christopher Plummer), and of course, Oscar-winning Korean success storyParasite.

Related news about I Care a Lot 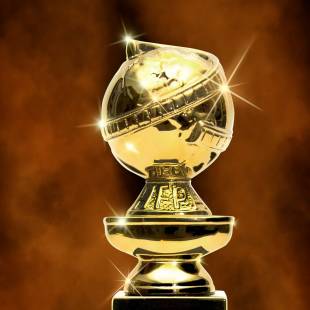